Opinion: Game pricing the key to Wii U success

Word-of-mouth will only work if price is right 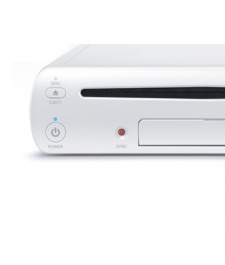 December 5th, 2012 - 09:30am
By Kristan Reed
In the early days of any new console release, it's never easy to properly gauge a machine's success without the risk of eventually making yourself look like a complete tit.

When it comes to the Wii U - or any other piece of Nintendo hardware - you might as well read today's horoscopes. You've got about as much chance of being correct.

That said, so far it doesn't look all that great for Nintendo. Current US sales of 400,000 to the end of November look a tad underwhelming, as do the current UK estimates of 40,000 over its opening weekend.

Won't someone think of the shareholders' children?

At face value, there's no denying that the Wii U hasn't got off to a stellar start, and the fact that none of the system's two dozen launch titles managed to break the UK Top 10 is another sure-fire indication of unusually subdued demand.

And then there are other less-than-impressive factors, like the fact that you have to download a massive system update if you have any intention of going online with the system, or the supposed lack of a real heavyweight system seller.

But! There are many encouraging factors tend to suggest that people shouldn't rush to write-off Nintendo's newest piece of kit at the first sign of trouble.

The first, and least appreciated, fact so far is the sheer amount of positive word of mouth going around. The dawning realisation of exactly how revolutionary games like NintendoLand and Zombi U really are appears to have caught people completely off guard - including hardened critics that have been treated to preview showings for more than a year.

The transformation in attitude appears to only happen once you've got the Wii U in your own home, and you're enjoying what it has to offer with your friends.

Whatever people suspect about the so-called 'confusion' that the Wii U's tablet GamePad may cause to gamers on the more casual end of the spectrum, it's a risk worth taking. Actually getting to grips with it is a rare joy, and about a million miles from the rather empty joy of the Wii's limited motion controller.

At first sight, the frankencontroller GamePad itself looks like a bit of a beast - a kind of mutated single screen 3DS XL on steroids (with, ahem, a second analogue stick), but rests snugly in the palm of your hands like a normal controller without feeling too weighty.

But it's the unique multiplayer games woven into NintendoLand that really prove that the old Japanese giant is still on top of its game.

Far from being a hindrance, the fact that only one player has access to the GamePad gives rise to entirely new types of multiplayer game, where one player has their own private view of the proceedings.

The standout examples are NintendoLand's Mario Chase and Luigi's Mansion mini games, where one player has the distinct advantage of being able to see the whole lay of the land, while the remaining players (equipped with Wii remotes) can only see what's going on the main display.

For proof of their effects, you only have to observe the squeal of a gaggle of (generally cynical) adults, enjoying something not only genuinely new and unique, but technically impressive as well.

Such moments of revolutionary innovation aren't confined to the multiplayer-centric titles, either, with Zombi-U's dread-filled survival horror consistently using the GamePad to routinely brilliant effect.

By making simple use of the touchscreen, tilt and camera capabilities, the designers enhance immersion in ways that have been out of reach until now. 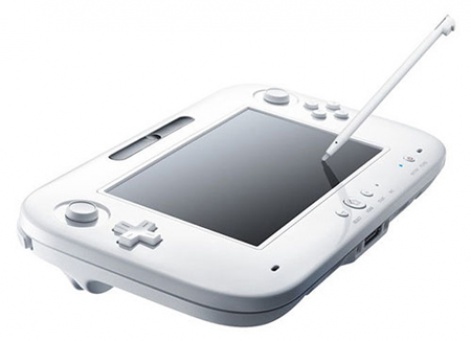 Whether the collective raised eyebrows of the early adopters and their friends can make up for the muted launch remains to be seen.

There's still the issue of the price, not to mention the price of software.

When the Wii came out six years ago, it bucked the trend and launched at a thoroughly tempting £179. Sure, you needed to buy a ton of extra controllers to get the most out of it, but the perception (however flawed) was always that this was an impulse price.

With the Wii U, the perception is the other way around, because you're looking at around £259 for the basic 8GB system, or £309 for the premium.

Like it or not, that seems expensive to a lot of people right now, even though - in truth - they most likely won't have to buy any extras at all. No extra Wii Remotes, video cables, nunchuks or memory cards.

If you do the maths, both baseline systems actually work out much the same. If you like factoring in inflation, it's even better value, but for some reason that never washes with the average punter.

And because of the price erosion caused by the mobile and tablet gaming market, the Wii U's games line-up looks pretty pricey too.

In an environment where we're utterly awash with games all the time on our phones and tablets, it feels like a wrench to go out and slap down £80 on a couple of new games to go with a new system.

On that note, Nintendo could do well to follow Sony's example in the digital realm, where game pricing across the board is consistently reviewed and kept competitive.

Aside from the fact that the PS Plus subscription grants access to loads of games every month, it's not uncommon these days to see formerly full-priced games eventually dip to tempting sub-£10 levels.

If Nintendo could only see the value in being competitive from the get-go, it could well convince many of those sitting on the fence that its formats offer full value for money.

As it stands, overwhelmingly positive word of mouth is only going to get Nintendo so far. It seems obvious that an awful lot of people would dearly love to own Wii U, but just can't get beyond the software pricing model.

And who can blame them? For too long we've all been burned by rushing out and buying things at top dollar, only to find them slashed to half price or less in no time.

Perhaps that, in part, is one of the reasons game sales are so strong on tablets and smartphones, because we're not always constantly buying in fear of being ripped-off. We buy in the knowledge that there might be an offer on at some point, but when most things are such good value in the first place, it hardly even registers.

So if the Wii U fails to spark into life in the future, it won't be down to lack of innovation, or a lack of great games, but because, ultimately, the game buying public are a savvy bunch and in no mood to be fleeced.