From RedAtoms to Digital Cloud 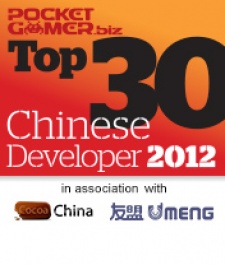 Created in association with Umeng and CocoaChina, this is our inaugural listing of the top Chinese mobile game developers.

They ranges from globally-known corporations who are aggressively approaching the international mobile gaming market, down to small start ups, who are looking to push the conventions of gameplay mechanics.

As the Chinese smartphone market has developed - especially on iOS - so developer RedAtoms has looked to make the most of emerging local opportunities. Set up by a group of international entrepreneurs from the US, Japan and China (they'd previously worked in Silicon Valley), its free-to-play games cover a range of genres.

These include the ever competitive Three Kingdoms RPG space - with card-battler Three Kingdoms Now - to Beat Master, a music rhythm game based on Chinese pop music, which is updated on a bi-weekly basis. RedAtoms' first release on Android was puzzler Subway Mania, while one of its early games, city builder City of Wonder, spans both Facebook and iOS.

RedAtoms isn't only active in China, however. It also releases its titles in Japan, making the most of the social mobile networks from GREE, DeNA and Mixi, and Korea, via the SK Telecom's Cyworld network.

The largest social gaming publisher in China, the majority of Rekoo's business occurs on web platforms such as Tencent, Renren, Kaixin001 and Facebook. It's also very active on Japanese mobile platforms including Mixi and Mobage.

Indeed, the company states that Japan, followed by the US, are its main target markets because of their high levels of monetisation.

Its philosophy is now to deliver games that can be accessed from multiple devices, ranging from feature phones to smartphones and PCs. Its status within China was underlined by its rumoured $20 million acquisition of rival HappySNS, giving it a total audience of around 50 million monthly active users. 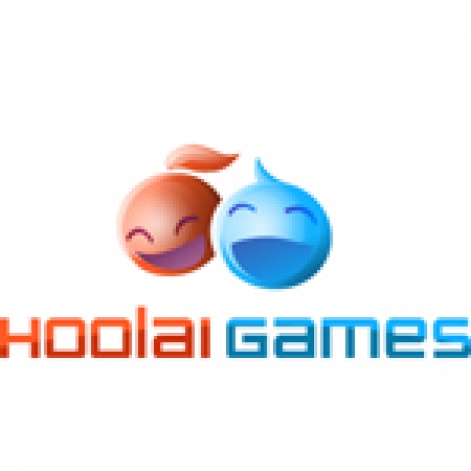 Rekoo's most famous franchise is its Sunshine brand, with games including Sunshine Ranch and Sunshine Town. More recently, it's been released new games on Tencent Qzone platform in China, including Dream Seabed and Fantasy City, while Let's Build a Train Town has proved popular on Mixi.

Releasing games across iOS, web, and social networks such as Tencent's Qzone, Beijing-based publisher Hoolai is currently best known outside China for recent release Rise of Olympia. The iOS city-building PVP strategy game was distributed via the GREE Platform in Japan, and globally in an English language version, as well as in Chinese.

Domestically, the company is much better known for Hoolai Three Kingdoms. The free-to-play game has been downloaded multiple millions of time, both via iPhone and iPad versions, and was the top grossing game on the Chinese App Store during 2011.

Indeed, it's becoming so popular in China that it's one of the most hacked games, with the company claiming it was losing up to $300,000 a month in scammed revenue; a situation it appealed to Apple to help it clamp down on.

Hoolai, which has offices in the US, Korea and Hong Kong, was recently listed in Red Herring's list of the Top 100 Asia technology companies.

One of the key Chinese online gaming companies - it runs Worlds of Tanks in the country for example - KongZhong got into the mobile business in 2005 following the acquisition of Tianjin Mammoth.

It further developed its capabilities in early 2012, buying highly regarded 100-strong developer Noumena for $15 million. It's behind free-to-play games such as 3D Pool Master and Tank Fury HD 3D, as well as the JavaScript-based Handymo, a cross-platform smartphone mobile game engine, which handles iOS, Android and HTML5.

As for KongZhong's games, it often works around franchises, releasing different experiences based around the same core atmosphere. Examples include the Zombie Crisis 3D, Pocket Dinosaur, and Ninja Chicken franchises.

The company's complete smartphone library is now well over 150 games. Recent titles planned for release in China and globally, include Kingdom Story, Tiny War, NecroDefense and Warrior vs. Monster, which is the latest game in its Battleland series.

During its most recent financial quarter, KongZhong mobile games business generated revenue of $6.3 million, which was 12 percent of the group's quarterly sales. The mobile division's gross profit was $2.8 million. 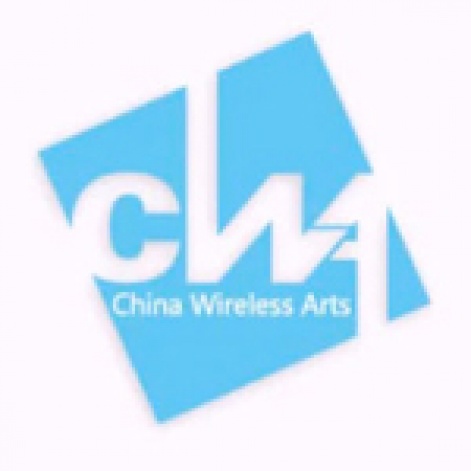 One of the many Chinese mobile publishers with an online PC background, Wistone is the second company to be set up by entrepreneur Richard Wu.

He sold his first game studio to Chinese online giant Shanda in 2004, setting up Wistone two years later. The 100-strong studio recently raised its B funding round from IDG Capital. It claims annual revenues of 200 million RMB (around $30 million) across all operations.

Wistone's games are available across multiple platforms ranging from PC to smartphone and feature phones. Most popular is its War 2 Victory, a free-to-play strategy MMOG, which was originally released for iOS in 2011. It currently has 4 million monthly players, mainly in China, and generates around $10 million annually. And now a new version has been released for western markets on iOS and Android via the GREE Platform.

Wistone's other smartphone games include iOS MMORPG Call of Champions, and it's preparing to release a Three Kingdoms mobile MMOG too.

Founded in 2003, the 210-strong China Wireless Arts is one of China's most experienced and largest mobile publishers. It consists of six development studios and has a subsidiary office in Taiwan.

Historically, it created a strong reputation for its Java games, winning awards for Blade Soul in 2007, Mengjiang II in 2008 and Mengjiang III in 2009. It's only recently started actively developing iOS and Android games for the global market, however; now quickly scaling up its activity, releasing seven titles to-date, and planning a further eight for 2013.

China Wireless Arts has been particularly busy in recent months releasing the free-to-play Castlevania-esque Avenger - which has been downloaded over 2 million times on iOS - in June.

This was followed up in September with topdown shooter Armed Beasts and sidescrolling melee title Age of Myth. Both are 99c games backed with IAP. In terms of Android, it's released additional action-oriented games including the sidescrolling shooter Assaulter and first-person shooter Alert Terrorist.

Taking the strategy of some Chinese developers who were early into mobile gaming, Haypi's success has occurred as it's looked outside of its domestic market to the more lucrative US and European territories.

Indeed, an international focus has always been the company's policy, ever since it started developing PC games back in 2000. And building on that foundation, its best-known smartphone games have been characterised by free-to-play MMORPG gameplay.

2010's Haypi Kingdom is the company's most popular title; being released on iOS, Android and Windows Phone 7. The resource-led kingdom-building strategy game was one of the first in the midcore social genre, also including deep community and alliance features. It's been joined more recently by Haypi Dragon (iOS/Android), which brings physics-based arcade action into play, albeit still with plenty of community and player versus player elements.

And taking a completely difference approach is Haypi ThunderBall (iOS/Android), which is a variation on the match-3 genre, and more conventional in being a paid rather than a free-to-play release.

Chukong and PunchBox are part of the Chukong Technologies group. As well as development resources, this consists of CocoaChina, China's top iOS developers community, which offers the Cocos2d-x cross platform technology.

The company is backed by VCs such as Steamboat Ventures, Sequoia Capital and Northern Light Venture Capital, who funded a $14 million Series B round in August 2011. 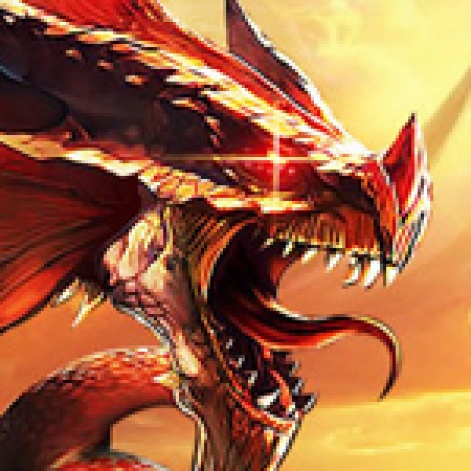 PunchBox is the company's publishing and advertising arm, working with external studios to release and market their games both in China and globally, while Chukong is the internal development studio.

Its most successful game is Fishing Joy, which has been downloaded over 120 million times since its iOS release in 2011. Most of the 5.5 million daily active players of the free-to-play arcade fish catching game are in China, but the game has also been released globally and more recently on Android too.

One of the most intriguing Chinese mobile developers, and one that's notable for its reluctance to talk to journalists, Triniti Interactive is completely focused on western markets.

And with good measure. Since 2009, the 70-strong developer has provided a constant flow of games, releasing almost 100 iOS titles. Many of them have generic names, such as iSniper, Operation iWolf and iKungFu Master and offer similarly generic gameplay, but nevertheless some of Triniti's games have headed to the top of the US charts.

Most notable is its Gamebox concept, which collects dozens of its games into a single paid download, and has accumulated several million sales. That success was the key to its $40 million acquisition in late 2010 by the Brilliant Communication group.

More recently, Triniti has branched out from its paid and iOS heartland, releasing free-to-play titles such as TinyLegends and Call of Mini: Zombies. The latter has also been released on Android, ranking up over one million downloads. That said, its most recent release is the 99c run-and-gun WarCorp, which includes an in-app purchase system.

Chengdu-based Digital Cloud is primarily focused on the Chinese iOS market, and it's been mighty successful in that business.

Released in July, Digital Cloud's turn-based free-to-play MMORPG DragonForce has been sitting pretty at the top of the Chinese top grossing iPhone and iPad ever since. Indeed, such is the success of the game, which mixes up Dungeon & Dragons influences with World of Warcraft, that the second most popular IAP package is the most expensive $99/648 RMB option.

Digital Cloud isn't a one-trick pony, however. Its has three Three Kingdoms-themed strategy games, which have spent many weeks towards the top of the Chinese top grossing charts during 2012. Versions have been released in Japan and the US, although to-date without similar success.
You can see the full Top 30 Chinese Developers list here.