Marketing on a shoestring: How indies are punching above their weight in the promo wars

Taking on the big boys 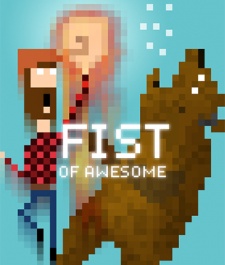 And yet the benefits of the age bring with them new challenges, and amplify old ones.

Telling people about your game used to be just one of the numerous problems facing any company hoping to make and sell a video game. In today's market, however, game discovery the issue that looms over all others.

Where the heavyweight publishers are able to allocate marketing budgets double, triple the size of the game's entire development budget, smaller studios and indies must find more creative ways to tackle the issue of visibility in a world where opportunity has brought with it invisibility.

Pick me! Pick me!

"Getting noticed is the greatest challenge facing smaller game developers in terms of marketing," says Nicoll Hunt, one-man creator of FIST OF AWESOME, a Kickstarter-funded scrolling beat em up that has gained a significant amount of press attention in the past few months.

"There are so many developers out there all trying to do the exact same thing as you that standing out from the crowd is an uphill struggle." 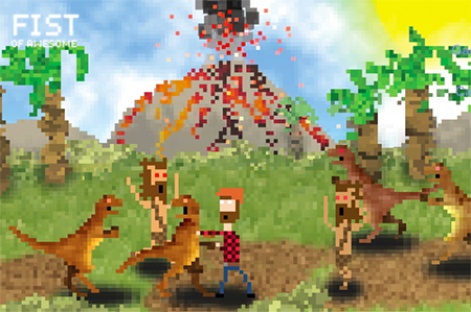 "If you're just starting out, it's next to impossible to get any traction with mainstream games press unless your first game is genuinely fantastic in some way," he says.

"This stands to reason because everyone is very busy and inundated with requests. Only the games that stick out will get dealt with. Even if your game is genuinely fantastic, it's tough to get traction as a newcomer."

Indeed, the sheer number of new, smaller game projects launched each week across iOS, Android, PC and web is staggering. For overworked, inundated journalists, it's impossible to look every game entering the scene each week let alone cover them.

In order to be noticed, Marsden encourages developers to find a fresh angle.

"Games press are looking for great stories to keep their readers engaged, so your first contact with them has to have an angle; a story worth telling," offers Marsden.

"Every contact you make after that should be considered from the perspective of the journalist.

"Put yourself in their shoes and try to think of ways to make their job easier and more fun. If your game is great, it's because you can put yourself in the shoes of players  so use that same talent and skill to make the relationship you have with the press fun and engaging too. Make it painless for them to deal with you."

Hunt agrees: "I can only speak from my experience, but I found that having a very clear hook helps a lot. FIST OF AWESOME is a game that lets you punch a bear in the mouth.

"That's my hook, most of my marketing material revolves around it, and it's produced a lot of word of mouth on that basis alone."

Targeting the right kind of media is important too.

"Mainstream games press are hard to crack, but there are hundreds - perhaps thousands - of independently run or hobbyist game sites that are keen to get the edge on their mainstream rivals," Marsden explains.

"They'll work much harder to get give you coverage on their sites, and you can build great relationships by working with these guys creatively. You're both independent right? Help each other out." 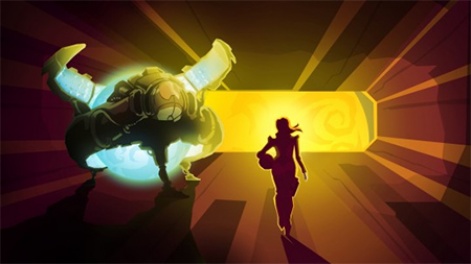 Even if you find an angle, create strong relationships and do everything by the book, gaining press attention is, for most, an uphill struggle in 2012.

"Even now after following all the 'How to talk to journalists' guides, injecting my own brand of humour, and even after the success of the Kickstarter I rarely get responses to any of my updates," says Hunt.

"But when a big site relents and mentions you it has a ripple effect and suddenly everyone wants to talk about you. That's what happened when Joystiq took a liking to FIST OF AWESOME Kickstarter and wrote a few nice stories.

"As soon as a big site likes you, it's a lot easier to get noticed, at least for a while."

Beyond speaking to the press, smaller game studios have the benefit of being more agile with their marketing ideas, and are free to try different things with low risk.

"Being a small developer means that you're free to try out as many ways of promoting your game as you like, without asking anyone's permission," says Hunt.

"That's one of the greatest benefits you have so be sure to use it. To get any success nowadays you have to be incredibly lucky, but like the lottery the more times you enter the luckier you become." 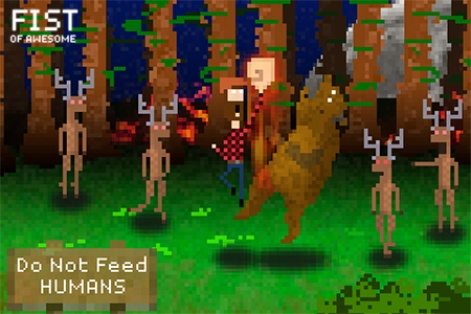 For both developers, it's this more creative type of marketing that has netted the best results, far more so than traditional paid-for advertising. "I'm yet to see a small developer pay for advertising that's been financially beneficial", says Hunt.

"I think unless you're spending huge amounts of money, and have a truly mass market product, traditional advertising is terrible value for money for indies. If you talk about budget in terms of time though, then I'd say spend between 25 percent and 50 percent of your time marketing the game.

Not about the money

Marsden agrees, adding that banner advertising "isn't anywhere near as effective as a good story."

"Actual cash spent on advertising should be zero, but you need at least one person working full time to raise awareness of your game," he adds.

"Time is money so it's probably going to cost you a lot to raise the profile of your game. Cancel your social life and act as if your life depends on people knowing about your game. Fact: it does."

So how can smaller devs make their money go further? For both developers, passion and interest must be at the heart of everything.

"Make sure you're making a truly great game," says Marsden. "If developers spent more time getting their friends to play test their prototypes and listening with an ego-less open mind to what they say about it, their games would be better and they'd find it much easier to get traction."

"I don't think about marketing as a money problem, I think of it as a time problem," concludes Hunt.

"Don't treat speaking about it as a chore, think of it as a way of getting people as excited as you are about your game."
You can read more of our interview with Futurlab founder James Marsden here.