10 articles about numbers you should have read during 2012

And what they tell you about the mobile games business 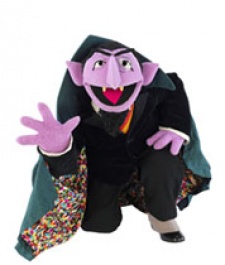 But we know some people have trouble with digits, finding them too complex to get their heads around.

So let's take this opportunity to look back at ten of the most significant PocketGamer.biz articles about numbers during 2012, and what they tell us about the mobile gaming industry.

Developed by four full time staff in just five months, the game was released at 99c even though it had been designed with the freemium business model in mind. Indeed, despite the high quality of the graphics, the use of IAP didn't go down well, with some App Store users one-starring the game, while on Google Play the piracy rate was 80 percent.

This reaction forced Madfinger to take the game totally free-to-play, and successfully. It's since racked up over 11 million downloads.

Monetisation remains an issue, though, something it's been dealing with using Tapjoy's platform. Apparently, this has resulted in additional ARPDAU of around 3c.

Indeed, Tapjoy now accounts for 60 percent of Dead Trigger's Android revenue and 32 percent of the revenue it generates on iOS.

9. How DeNA and Com2uS outperformed rivals GREE and Gamevil

Returning to some research from 2011, I recently took a look at how some the competition between some of mobile gaming's rivals was shaping up.

The obvious comparison is between Japanese mobile gaming platforms GREE and Mobage, which as well as being roughly the same size in terms of revenue are fiercely competing for developers and mindshare in the western markets.

What's proved interesting is that 12 months ago, GREE was rising fast compared to DeNA. In fact, it booked larger quarterly revenues at the start of 2012 - pretty impressive given that DeNA was over twice its size in 2010.

However, over the past six months, DeNA has fought back. In part it's been inspired by the success of games such as Rage of Bahamut and Blood Brothers in the US market, something GREE has failed - as yet - to match.

The other interesting comparison is between Korean publisher Gamevil and Com2uS.

Both were of a similar size revenue-wise in 2010, with Gamevil's success in the US free-to-play game gaining it the upper hand in 2011. Now, however, Com2uS come right back, thanks to the performance of social games such as Tiny Farm and Derby Days in Korea.

7. What Glu's financials tell us about monetisation, competition, and success rates in mobile gaming

That's because it's a pure mobile free-to-play outfit and one that as a publicly-traded company (NASDAQ: GLUU) releases a lot of financial information on a quarterly basis.

Its most recent financials - for the period July to September 2012 - were particularly interesting, given that they pointed to issues with monetisation, and the rising level of competition in the sector, something that's leading to a dropping success rate for original IP.

Of course, some companies will argue that these issues are specific to Glu and that they - through whatever means - can do better.

6. The rise and rise of user acquisition costs

Remember back to when you could buy quality installs for 75c?

It probably seems like a long time ago. Indeed, it was back in April when Michael Oiknine, CEO of analytics outfit Apsalar, pointed out that over the Easter period he saw prices peak at $6 per user, thanks to the larger marketing budgets of GREE, Zynga et al.

But what does that actually mean in terms of absolute marketing budgets?

"If I was launching an Android game today, I would budget $250,000-$500,000 just for acquisition. On iOS, that figure would be in excess of $1 million," said Gerard Cunningham, CEO of Android casino gaming company Koolbit, which operates under the name WinCity during the Smartphone & Tablet Games Summit.

There was a similar take from Flurry's Richard Firminger at Mobile Gaming Europe.

The company now thinks developers need to be looking at a minimum of $100,000 for user acquisition, with $400,000 seen as being a good sum to spend.

6. Billions, billions and tens of billions of apps

With Flurry expecting over 2 billion iOS and Android apps to be downloaded over the Christmas 'Power Week', keeping track of how quickly that number is increasing has long been a Sisyphean task.

Still, for the record, in September Google announced 25 billion apps had been downloaded from Google Play. Its average download rate was then running at around 1.5 billion apps per month.

Not to be outdone, in October Apple announced 35 billion apps had been downloaded from the App Store, and more importantly, it has paid out $6.5 billion to developers. (A very crude calculation but this works out at 18.6c per download.)

We just wonder which company will be the first to 50 billion downloads?

While iOS continues to be the largest sector for most cross-platform publishers, there are now those who are happy to point out that Android (whether in the form of Google Play or Amazon devices) is now outperforming Apple.

One example has been social publisher TinyCo, which says for its game Tiny Village, ARPPU could be between 25 percent - 40 percent higher on Android (Kindle Fire) compared to iOS. However, there were less payers, meaning iOS was stronger in absolute terms.

A similar picture was painted by monetisation outfit W3i.

Taking the example of Imangi's Temple Run, it posted figures suggesting the gap between the two platform was closing fast, although - again - this was in terms of average revenue per conversion, not absolute revenue.

Still, with Apple stamping down on creative monetisation options and Android's install base increasing much faster than iOS, 2013 looks like being a good one for publishers with a strong Android component to their business.

As Michael Jackson proved, you can never have too much money.

And despite its massive international expansion and acquisitions during 2012, GREE isn't penniless quite yet. According to its most recent financials, it generated $120 million in net profit and has around $480 million in cash and cash equivalents.

Still, those financials made for interesting reading as the company was forced to admit that its monthly sales hit a low in July but are now increasing again.

It's a small reminder that even companies (and superstars) who have vast amounts of cash can't spend it without thinking about the consequences.

Even when you're living in Neverland, there are always consequences.

One of a number of similar reports during 2012, research from monetisation outfit W3i broke down the spending behaviour of gamers from different countries.

The headline figure, however, was that 47 percent of total revenue came from IAP transactions costing $9.99 to $19.99.

This is because although small IAP transaction are more frequent, their lower value means they aren't so valuable in terms of the overall revenue download. For example, IAPs worth $2.99 make up 35 percent of total volume, but only 15 percent in terms of revenue.

In terms of how the data varies between countries, 55 percent of revenue from gamers in the UAE came from $19.99 transactions, while it was 43 percent in Japan - these were the most lucrative markets in terms of higher value IAP.

$9.99 was the key transaction amount in Canada and China, respectively making up 33 percent and 29 percent of revenue.

Our favourite number articles of the year concerned the revenue being made by specific games.

Given issues of commercial confidence, few companies give out such figures and when they do, it's often highlighting special case scenarios or to provide leverage in other situations, such as increasing company valuation when looking for investment or acquisition.

Still, those caveats aside, each of the following headlines provided some broad examples of how the gaming ecosystem is developing.
Fruit Ninja making more than $400,000 a month from ads
Clash of Clans and Hay Day pulling in $500,000 a day for Supercell

DeNA's Rage of Bahamut estimated to be grossing $2.6 million a month