#6  Thou shalt get to grips with cross-promotion 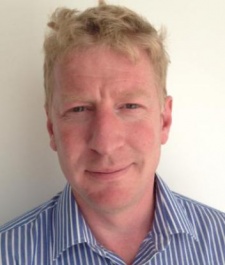 January 8th, 2013 - 11:00am
By Guest Author
Ed Vause is the managing director of appromoter, an app marketing service for developers and journalists.
You can view a complete collection of all the commandments of app marketing we've published to-date here.

One of the biggest challenges facing developers is how to sustain traffic levels and bring in new users to their apps.

Often this can be achieved through advertising (if you have a freemium app), and sometimes there's a boost through updates and media coverage  but this can't be relied on.

What we have been seeing more of  and it seems to be one of the more effective promotion tactics  is cross promotion: using multiple apps that developers have on the market to drive sales and awareness to other apps, both their own and from other developers.

With several companies out there offering different flavours of cross-promotion, including Chartboost, Appflood, Applifier, TapforTap and others, we thought we would take this opportunity to show you some best practice examples of cross marketing that some developers have been creating for themselves.

Apart from being horribly addicted to the Roads of Rome series, we can't help but admire how canny these guys are at promoting their other titles.

Take a look at the screenshots below. The studio has created a clear and nicely designed 'more games' link for its menu, which links through to a rich, own-brand app store with banners at the top. 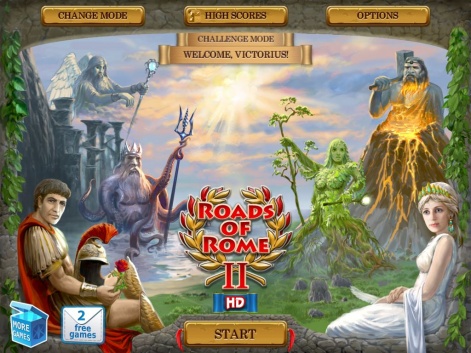 We think Realore could make it even more compelling by tying in some price promotion messages too.

StoryToys makes fantastic apps for kids, and the studio is also a dab hand at cross selling and upselling.

Notice that this home screen also has a nice big icon on it, enticing you to click through.

StoryToys has got another trick up its sleeve, too. The developer makes use of app update notifications to do inform customers of new apps that the company has launched. 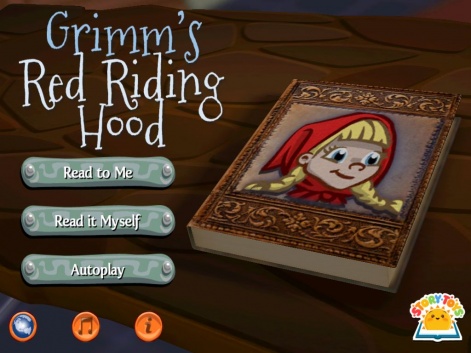 What's more, the company updates several of its apps on the same day, effectively creating a hard-to-miss bulletin for its existing customers, alerting them that there's a new StoryToys app to download.

See the example below, which is a recent update screen from someone who has a few StoryToys apps installed.

Outfit 7's Talking Friends apps have been downloaded in their millions, and there are now many different variations on the app stores. 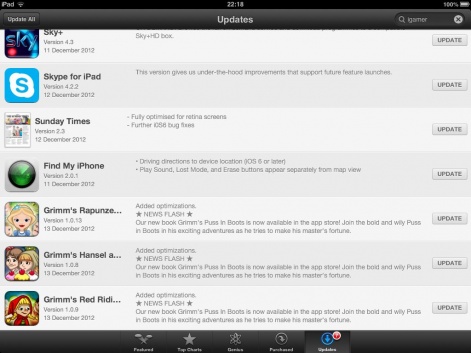 Aside from good cross promotion, the studio has also added a video menu to its apps so you can play the latest Outfit 7 videos on YouTube direct from the app. This helps the company hype its forthcoming products and cross-sell its merchandise to a large audience of engaged users.

For instance, at the time of writing, the video of Outfit 7's new Talking Friends Superstar toy has had over 2 million views  likely from the studio's huge installed base of app users.

Of course, we recognise that you may not have a plethora of apps out in the market  only developers that have been around for a while, or those with deep pockets, do. 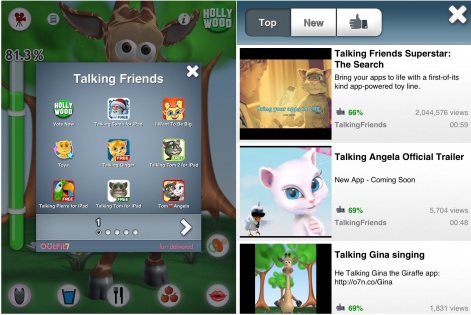 However, even if you're working on your very first app, your long term strategy should be to use your app as a window to your existing or future products.

And if you don't have your own apps to cross-promote with, there are services out there that will link you in to similar apps to still deliver that cross-promotion effect.

You have a captive audience to which you can promote other games, or even put in a video that talks about a future update. Hopefully, the examples above will get you thinking about how you can maximise your app's real estate and get it working as hard as possible for you.
To find out more about appromoter and the services it offers, take a look at the company's website or receive up-to-the-minute updates via Twitter.