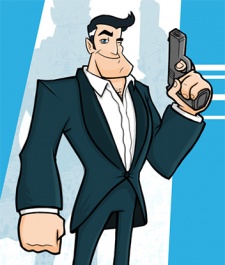 January 15th, 2013 - 01:26pm
By Guest Author
Russ Cogman is a 2D and concept artist at Full Fat, a UK studio founded in 1996 and based in the Midlands. In 2012, the developer released Agent Dash  an endless runner featuring a smartly-tailored superspy.

When I began work on Agent Dash, I was just coming from finishing off Flick Nations Rugby, the latest in our collection of Flick sports games.

At that point, I had been working on sports titles almost exclusively since I began iOS/mobile development so it was a nice change of gear to be doing something that had the potential for a bit more whimsy.

It was established very early on what direction the designer and artists (2D and 3D) wanted to take the game, and having a cartoon secret agent gave us the scope to draw on so much popular culture from video games and cinema that we felt spoilt for choice. 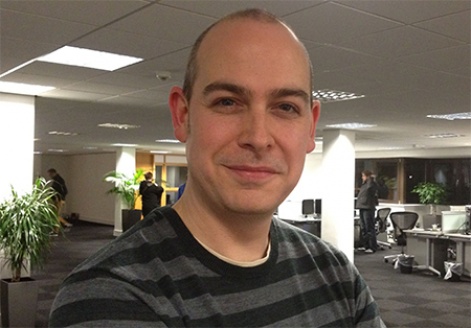 Essentially, we wanted to make a cocktail of secret agents and modern CG animation with a retro vibe.

Early development was rapid and within just a couple of weeks there was already a prototype featuring sections of the enemy base and an early Agent Dash character.

It was already starting to look the business. 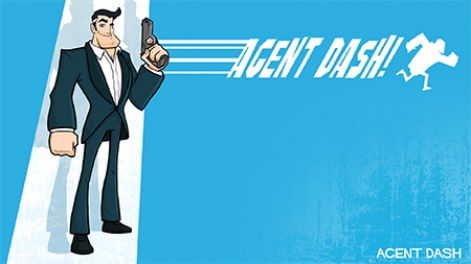 It certainly made my job of character design and concepts a pleasure. 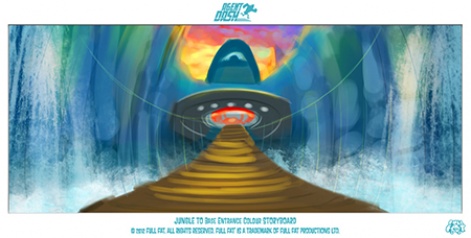 For the character designs we decided on what archetypes we thought people would want to play.

The tuxedo-clad smarmy male agent and the sexy confident and athletic female agent were clear favourites. We also wanted some fun henchmen types in there and concepting those was a blast. 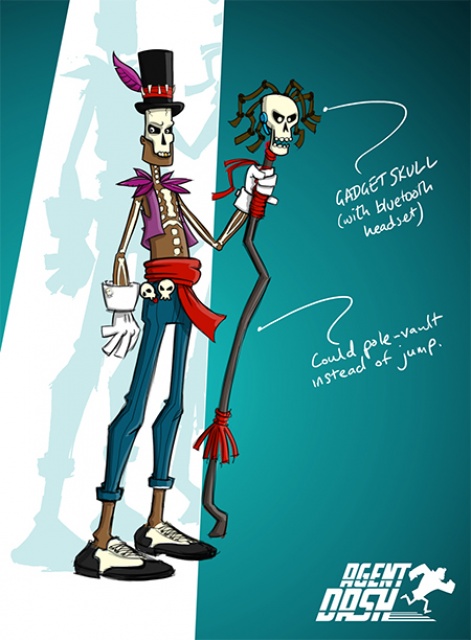 There were quite a few ideas and characters that didn't make it past the drawing board stage, though.

For instance, we had originally wanted to get a kid character into the game, and quite a few different directions were concepted. 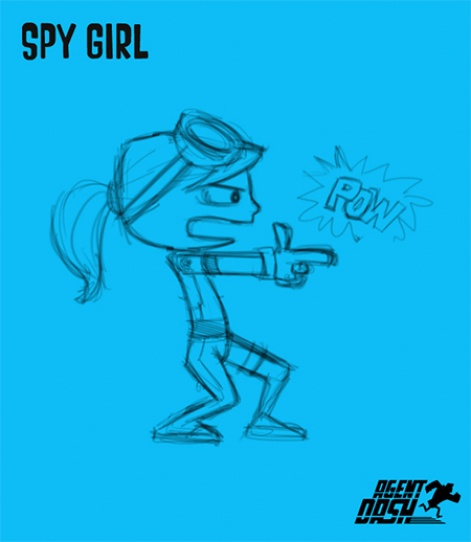 As the game progressed and some of the fates that can befall your Agent were decided on and implemented, it became clear that some the ends were a bit too grisly for such a young human character.

This is one of the benefits of concepting designs in 2D  you can quickly try ideas out without investing too much in production.

If a direction doesn't seem right you don't have to throw away too much work.

As concept artist I also got to oversee the characters beautifully realised in 3D.

I had worked on the last Harry Potter games for the DS with our lead 3D artist Matt and generally I only had to do one colour concept and he'd get that accurately character modelled in 3D. It was like he could read my mind.

That's no mean feat, considering there can be quite a lot of artistic license taken when you create a single two-dimensional character design. 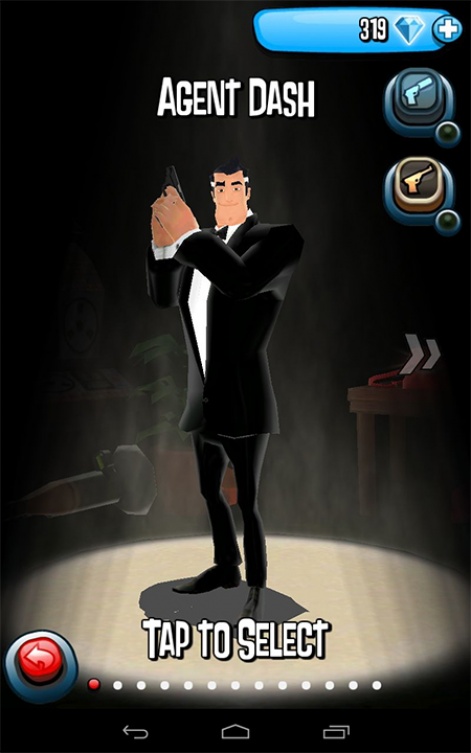 The 3D Agent Dash, as seen in the final game

Then when the game's animator, Julek, got his hands on the characters, watching life being breathed into them was fantastic. There were quite a few laugh-out-loud moments when watching the character's idle and run animations for the first time.

In the initial stages of 2D user interface development I wanted to draw on the amazing work of the graphic designer, Saul Bass, with a sideways glance at the original Pink Panther movie credits.

Because of this, there were quite a few design directions that felt right at the time, but proved problematic in practice.

Ultimately, the irregular shapes, colour palettes and quirky but stylish fonts from these sources were not quick to scan when trying to create a leaderboard or a list of gadgets, so a new direction had to found. 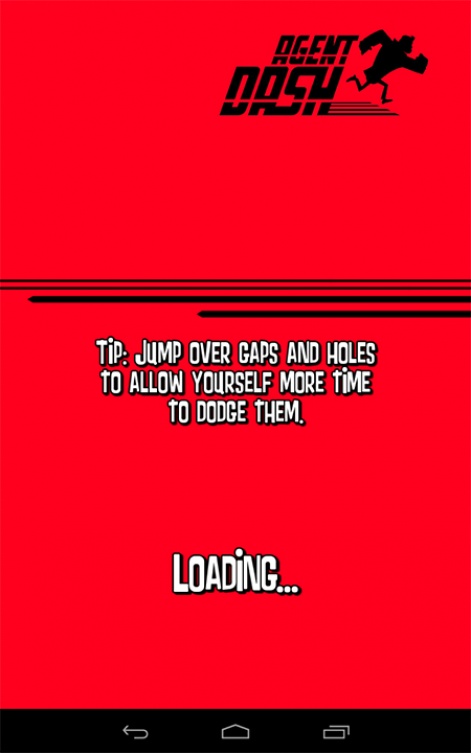 A loading screen from the finished version of Agent Dash, showing some of the fonts and logos used

When a UI design isn't immediately clear to the whole team, it always needs to be revisited and a lot of time is spent on all our games to make sure that the user interface has the right feel and most importantly clearly communicates function to the player.

Essentially, if you don't really notice the user interface, the artist has done their job.

Once the game was complete, work then had to rapidly start on marketing assets, which for mobile development over the last couple of years has steadily become a vast array of assets.

From the all-important game icon through to app feature artwork and everything in-between, the end of the project is always a busy time in the 2D department.

And because successful mobile development is reliant on updates, I'm sure I haven't seen the last of Dash and his cohorts on my drawing board, either.

That's good news, since Agent Dash has been a joy to work on, and I've had the pleasure of collaborating with a talented and creative team.
For more information on Full Fat, check out the company's website, where you'll find information on the company's portfolio of games as well as a number of job openings  including a number of art and design roles.