Opinion: THQ's demise spells out the need to evolve or die

January 30th, 2013 - 11:56am
By Kristan Reed
The fire sale of THQ's assets last week brought a rather ugly conclusion to one of the most successful global publishers in the history of videogames.

Most of you won't need reminding that for most of the noughties, the California-based publisher delivered an unbroken string of blockbuster hits across all formats.

It combined savvy licensed properties with plenty of home-grown IP that spanned the full demographic spectrum from casual to hardcore.

THQ might not have quite ever broken into the big league occupied by Electronic Arts and Activision, but it had the foresight to make a foray into the world of mobile games long before Apple kickstarted the smart device boom.

And yet despite this prescience, THQ Wireless never managed to take advantage of its head start over its competitors.

There's no doubt that its output for feature phones contributed solid if unspectacular numbers to its bottom line.

Back in 2008, mobile revenues for Q2 2008 accounted for 3.7 per cent of its overall revenues - a figure most people would have expected to soar from then on.

Back in April 2008, CEO Brian Farrell saw mobile as a "legitimate platform", and admitted that THQ had "learned an awful lot about what works and doesn't work in the mobile space." 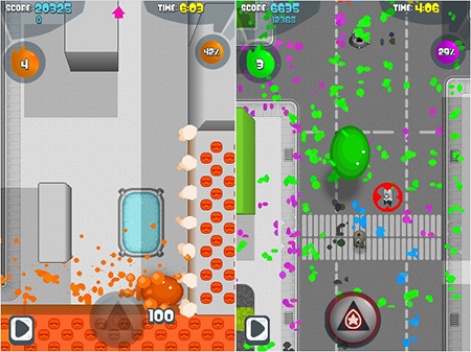 But history is a harsh mistress, and far from learning about the burgeoning mobile games market, THQ failed dismally to capitalise on the app sector.

Rather than explore new IP and capitalise on the strengths of its many popular brands, the company sat on its hands and released next to nothing on iPhone or Android. In the summer of 2008, it dipped its toe in the waters with a version of de Blob, but little more of note followed.

The main problem THQ encountered was arguably one of focus. 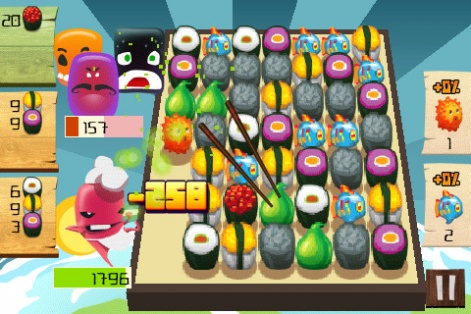 When the publisher started to run into trouble towards the end of the decade, it restructured to disastrous effect. Rather than build on what it had in the mobile space, it rolled its ailing Wireless outfit into a ill-fated digital division that seemed to think that XBLA and PSN were the way forward.

It probably comes across as spiteful hindsight to point out that ditching Wireless at the very point the iPad was released, and the Android platform was evidently soaring was spectacularly ill-judged.

Then again, all the signs that this was a bad decision were there at the time. Retail sales were already two years into a downward spiral, and high street chains were struggling.

On top of that, sales of smart devices were soaring to such a degree, surely the last thing you'd want to do as a publisher of videogames would be to wash your hands of this new market?

But that's more or less exactly what it did, while throwing vast sums of money at blockbuster projects such as Homefront in a wholly misguided attempt to take on EA and Activision in the military FPS arena.

While THQ's inability to capitalise on a market it had a head-start in is, to say the least, unfortunate, its problems were entirely of its own making. 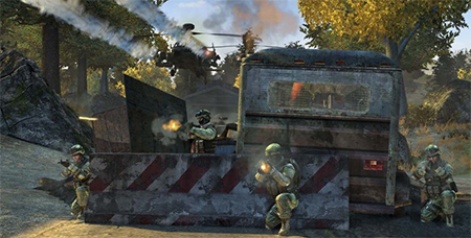 In today's market, there's a similar danger for every company that currently relies on Apple's ecosystem.

Just like in the blockbuster arena, when you win, you win big. When you have an Angry Birds, Clash Of Clans or CSR-sized hit, it can turn you in to a big player almost overnight. When such success happens, the temptation is to staff up and try and repeat the magic formula on a bigger scale.

More often than not, though, the 'magic' formula is quite often being in the right place at the right time with the right product.

Being able to repeat a success or ape someone else's isn't a given by any means, as many, many app developers will attest. There is no magic solution to success - hard work and talent is only a fraction of what dictates whether something catches fire or not.

And even if the most successful app developers and publishers truly crack the magic formula for consistent success, you can bet something else will fundamentally change in the market place to disrupt everything all over again.

Exactly what may change is something we can only speculate about, but many seem to think that the days of dedicated games consoles are numbered.

What happens when our smart devices become powerful enough to cope with even the most graphically demanding blockbusters?

At the current rate of technological progress, that's going to happen sooner than you might imagine.

Meanwhile, many may assume that Apple's ecosystem will hold strong and will provide an outlet for games whatever happens.

But what if Apple's innovative streak really is over, and a rival comes along and changes everything all over again?

For those asleep at the wheel of the multi-studio juggernaut, you might just end up being the next THQ: a casualty of progress, left wondering where it all went wrong.