Opinion: If games retail were an animal, we'd have put it out of its misery by now 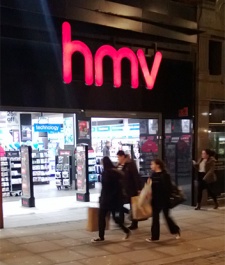 As someone who suffers from an inexplicable, unquenchable fondness for physical media, I'll miss the idle browsing, and the thrill of unearthing an overlooked gem in the bargain bins.

But in truth, games retail died for me during the phase when the big chains aggressively snuffed out the indie sector. As a result, for the best part of a decade most of games retail (with the exception of pre-Game Gamestation) has been a fairly soul-crushing experience.

The typical high street game retailer became less about providing a service to gamers, but a shareholder vehicle.

One designed with clinical, cynical expertise to take full advantage of the blockbuster hits and the vast supply of marketing dollars they provided.

This parasitic relationship essentially meant that few of the really interesting 'alternative' games stood a chance. If your game wasn't backed by a well-funded publisher, you didn't stand a chance.

Stocks were low, and even if you were tenacious enough to get an 'indie' game into stores, it would be hard to find.

With barely any indies stores left to provide an alternative, it forced a lot of these games onto online services, such as Steam - and more recently, the App Store and Google Play.

In a sense, games retail hastened its own demise by not recognising (or not being interested in) the demand for a broader choice.

Gamers are like any other enthusiasts - there's a very broad spectrum to cater for, and no major high street retail chain ever attempted to cater for them in the way that music, film and book fans were.

Sure, the majority wanted the hot new blockbuster releases, but some are also nostalgic, discerning creatures. They want access to old titles they once loved, or strange left field audio-visual experiments, strange German point and click adventures, or Japanese nonsense.

When retail sales peaked back in 2008, it was fairly obvious even then that times were changing fast.

Steam was gaining serious traction alongside Microsoft and Sony's respective online stores, and the iOS App Store launched that summer.

The fact is, all of the choice that was missing from the high street retail scene was to become plentiful to an unprecedented degree on these online stores, and retail seemed to have little appetite in trying to counter this threat.

What the high street did try was half-hearted, to say the least, with a few racks devoted to providing cards with download codes, or an underwhelming selection of plushies and merchandising.

And yet in the last five years, gaming and geek culture in the wider world appears to have grown exponentially, with a vast number of figurines, comics, and clothing devoted to servicing this sector.

You only have to stroll into the average clothes shop, gadget shop or comic shop to be greeted with the latest range of official products related to a popular game brand, past or present.

Gaming stores have had a captive audience to service for many years, and instead focused largely on selling boxes.

The truth is that we all know that we can get game-related merchandise elsewhere.

We don't have to wander into a run-down Game store or an HMV to get it - the truth is we've already bought our games elsewhere. We've downloaded them, or bought them much cheaper online.

If high street games retail were a stricken animal, we'd have put it out of its misery by now. The idea that we need the browsing experience to buy games (or any digital entertainment for that matter) is a myth.

It's a nostalgia for the past that we're clinging onto. It's over. Let it go.

That's not to say that gaming and geek culture won't be represented on the high street in some compelling, successful form in the future, but there needs to a be a radical reinvention of the concept from the ground up.

As usual, such a venture will probably start off in a humble form. It will be formed by business savvy, knowledgable enthusiasts that truly understand gaming culture, and aren't just dead-eyed box-shifters.

They'll offer something that can't be replicated in supermarkets, that will make the trip into town centres and shopping malls something worth the hassle. It'll ultimately provide the service that was lost when games retail sold its soul.

It will gain traction through word of mouth, before perhaps becoming another worldwide franchise.

Meanwhile, games will continue to sell direct to the device, and the people responsible for making the games will get far more of the money than they ever did in the bad old days when middle men ruled the roost.

So when the lights finally go out on high street games retail, remember that they only had themselves to blame. Time waits for no man.