Best of British: Has the age of the App Store helped or hindered game design innovation? 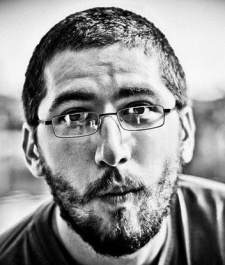 Catalin Alexandru is a game designer and consultant with five years of industry experience who has worked with companies like EA, Mind Candy and Beatnik on franchises ranging from Star Trek to Moshi Monsters.

He's also the founder of Darkest Timeline Studios, a three-person indie developer.The word 'innovation' is, at best, an utter cliché. At worst, it's a dirty word the moment it's mentioned in the context of today's game industry.

Game makers have been hit over the head with it (or lack thereof) for so long that the word now fails to mean much of anything.

There are only about eight or nine game designs that everyone keeps rehashing anyway - or so they keep telling me - so why not just pick one of those and run with it?

What's the point in paying people to brainstorm, research and develop new play mechanics when there are old ones right there for the taking?

Far better to start with a 2D game and make it 3D. Or add social mechanics, or asynchronous multiplayer.

Cuter characters, a well known license, better production values or just slightly different artwork are other ways less than original developers sometimes dress up established mechanics to pass off a shinier version of the same game.

To make matters worse, back before rapid prototyping, ubiquitous user testing and cast iron user experience axioms, innovation in game design was the boogey man that drove projects off the rails and kept them off in aimless iteration land for years.

It's a stigma which to this day it hasn't recovered from. Indeed, when the design process lacks structure and oversight, tossing innovation into the mix still has the potential to cause damage.

As for the "there are only eight game designs in all" argument - is there any truth in it? No. No, there isn't.

There are hundreds - possibly thousands - and more are being created all the time, but nowhere near the number that could be.

Game design innovation needn't be the stunted, timid thing that's only ever attempted if time and budget allows, and after the project has stabilised as an established, recognisable (and most importantly safe) mechanical framework.

It needn't be the sole province of indies with nothing to lose, either.

Far from being a money and focus sink, if approached methodically and respectfully, it can be the engine that drives everything from team focus to every key monetisation metrics.

Innovation can be a key point in your game's marketing and a galvanising factor in creating a community and garnering support from influential voices in the industry who have made a vocation out of advocating new and original game experiences.

Even more importantly, it's now possible to imagine that there will come a time when it's the only way to continue making games at all. At least after a fashion.

For the longest time, game genres defined not only what games were, but what they could be.

Mechanical improvements to everything from platformers to arcade shooters were either incidental technological leaps, such as from 8 bit to 16 bit, or 2D to 3D, or additive, like gravity modifiers or gadgets.

The core dynamics for almost every genre, however, remained static for years. Sometimes even for decades.

Releases on home consoles were few and far enough apart for the blatant recycling of core mechanics in entire genres to barely register under the sheen of new visuals, technology and features. The App Store's flood of old games in new clothes is currently straining that strategy to breaking point.

The rise of the Apple's platform hasn't just changed the way games are consumed, but rather how and why they're developed.

That's not to say the App Store hasn't change a myriad of links in the development chain. Software distribution, user experience and hardware design have all had to fundamentally change in order to get us where we are today.

However, the most important impact the App Store has had is making both the experimentation with design that spawns innovation, and the implementation of it, more cost effective and painless than ever, thus allowing it to flourish.

The unfortunate side effect of that explosion is that it's always easier to copy than to invent.

Easier implementation doesn't just act as an easier avenue to innovation, but also to copying what's already out there with little improvement or modification.

Newly popular genres - like auto-runners and catapult physics games - are beginning to go through a set cycle.

They rise to prominence, crystallise, and then buckle under the pressure of legions of 'samey' games faster than ever, escalating the premium players have started placing on mechanically original experiences.

Change is in the air

The notion that games are not synonymous with the visuals they display, the stories they tell and the technology they leverage has only recently and very slowly become more pervasive in culture at large.

There is now a growing sense that the intangible inner workings of a game are not only what make it compelling, but what set it apart from a sea of games all neatly slotting into genres that have existed forever.

Over the past year, changes to how the industry and players perceive the value of innovation in the way games are designed have come hard and fast.

The apparent 'cloning' of Vlambeer's Radical Fishing, for instance, suddenly exposed other studios' lack of innovation as a threat to the welfare of smaller developers that banked on it to survive and started a debate that still rages.

But most importantly, for the first time in the industry's history, insignificant and incremental improvements to game designs dressed up in new graphics were being questioned. In fact, many have come to consider this practice as little better than cloning.

Some articles about cloning featured side by side screenshot comparisons and derided the similar art styles of Nimblebit's Tiny Tower and Zynga's Dream Heights.

Interface elements were singled out, but the criticism mostly missed the target. 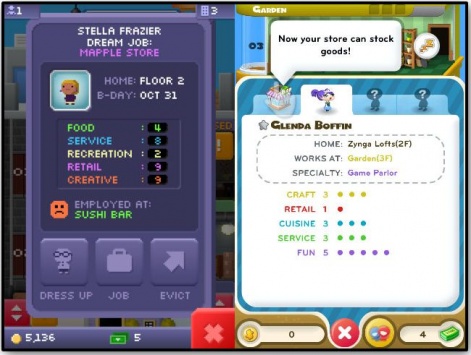 While stealing a game's art style, menu design or placement of interface elements is obviously egregious, these games were hurt most by having their innovative mechanics, and not their app icon designs, stolen.

I fought the law and the law won

Historically, if a game had original code, art, music, writing and sound effects, it was home free where copyright infringement is concerned. Gameplay never even entered into it, as the concept was too nebulous for courts to pin down.

But 2012 saw not one, but two cases where gameplay alone was recognised as protected copyrightable work in a US court.

Spry Fox managed to prove to a judge's satisfaction that its Triple Town game had been cloned by 6Waves's Yeti Town, despite the latter's all new art, theme and code. Spry Fox ended up with the Yeti Town IP and all the game's revenue for its troubles. 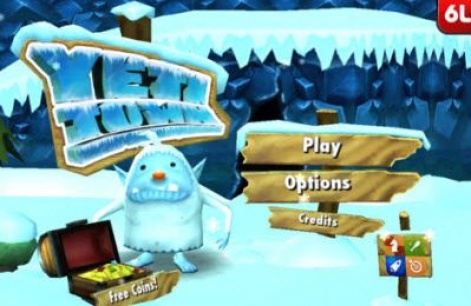 Yeti Town
Tetris-clone Mino was also shut down in court for copying Tetris to the last detail - despite every element other than gameplay being original work.

While this doesn't mean game mechanics can now be copyrighted wholesale, it does mean that there is now a larger amount of legal precedent than ever before protecting a game's mechanical core rather than just its art, code or writing.

An uptick in attempts to copyright game mechanics and control schemes, together with new legislation, could signal a worrying development for the industry.

Despite the cautionary tales represented by Sega's infamous directional arrow patent (and subsequent case against Take Two) or Namco's loading screen mini-games, the potential to eliminate the competition and effectively own a new game genre will prove tempting enough for most companies to risk employing innovation-stifling über-patents.

Everything new is new again

This could still go either way, however.

Companies could learn from the patent arms race currently unfolding in the technology industry and decide that's not where they want to end up. Or a definitive ruling could mark game mechanics as unworthy of legal protection.

It's not necessarily legal pushback alone that companies need fear either. Fortresscraft, Ninja Fishing and Dream Heights all provoked strong reactions from the communities of Minecraft, Radical Fishing and Tiny Tower  as well as the press  defending the originals against perceived cloning.

Either way, we'll be able to crack a knowing smirk when someone breaks out the old "eight games ever" chestnut at the next industry mixer.
Visit the Darkest Timeline Studios website for more information on the developer and its projects, including Bedtime  a fast-paced strategy game about imaginary friends, nightmares and dreaming big.