It's complex, pricey, but worthwhile 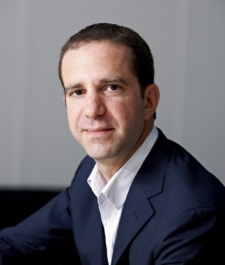 They have offices in London, New York, LA, Paris, Cape Town and Sydney

It's getting harder and harder for mobile game developers to cut through the clutter.

On top of this, it's also getting harder for developers to acquire customers at a decent return on investment.

I've met more developers than I care to remember who have said that mobile advertising doesn't work for them. This is largely based on the fact that they've tried some banners on a network and got little back in terms of their investment.

With over 160 suppliers and ad networks, plus loads of formats and ways to acquire people (CPA, CPC, CPI, CPD, CPM etc. ) it's little wonder to me that the average developer won't get it right.

Being able to plan and buy mobile media is a specialist skill that developers need to partner with someone for. Specialist mobile planning and buying agencies have a mass of experience on what does and does not work, who to target and where to target.

They also have entire teams of people dedicated to helping app developers acquire customers at the best possible price. And this will all be supported by proprietary reporting and optimisation software that they have invested heavily in.

Furthermore, as ad technology changes with demand-side platforms, real time bidding and other increasingly sophisticated means of acquiring new customers, then it is even more important to use someone who really knows what they're doing.

But please be warned  due to the incredibly labour intensive nature of mobile advertising strategy and execution and the narrow margins that agencies work on, many of them will set a minimum campaign spend of $20k USD and upwards.

2. It only works for freemium games

Unfortunately, if you have a set price, premium title then mobile advertising won't work for you.

Why? Because you'll have to pay to acquire customers anywhere from $1 upwards. If your app is $1.99 or even lower then by the time that you've netted out the costs to Apple or Google it will likely leave you at break even or a loss.

3. Your product needs to be really good

This is the one inescapable universal truth for all games. You can have the world's biggest marketing budget, but if your game is terrible then all you'll do is get people to install your app and delete it in seconds  meaning that you've wasted your money.

Furthermore, if your game is awful then people will install the game and then flock to the app store to give it one star reviews. So perversely, by spending all that money on app installs you've actually been the architect of your own downfall.

'You need to kiss a lot of frogs before you find a prince' rings very true in mobile advertising. In other words  it'll take time and money to test a lot of networks and creative options until you find out what works and how you can effectively acquire customers for a sustainable cost.

Testing will also determine tolerable cost per acquisition at scale  scale being the key thing here because it's a global space and most clients are not interested in single markets.

As for cost, many developers want to acquire customers in order to boost chart rankings and benefit from organic downloads or what is called the 'halo effect'.

The amount required to hit the top of the games charts in the US are substantial  we're talking an investment of tens of thousands of dollars a day to have any hope of entering the top ten.

Whatever your strategy, it is important to track every step of the way and focus not only on downloads but the lifetime value (LTV) of each of the acquired users and optimise your budgets accordingly.

5. You need to be in it for the long game

Pardon the sports analogy, but developers need to adopt a long-term view for mobile advertising. A lot of developers will simply set budget aside for an initial launch in order to try and create a very temporary spike on the app store.

This spike will quickly drop off as soon as spend is exhausted. In reality, the most successful developers consistently spend budget on advertising.

This 'always on' strategy needs to be 100 percent performance focused with stringent tracking and optimisation parameters accompanied by continual changes in creative and networks, as what works one month may change the next.

Mobile advertising is a numbers game, which means undertaking a lot of analysis of your customers  lifetime value being the key metric that a media planning agency will use.

The amount of money you can make from a single customer (as an average) over X period of time will govern how much you can spend to acquire someone at a profit. In terms of this, we track users for 3, 6, 12 months and use historical data to drive future campaigns.

A strategic agency will also use sophisticated tracking tools to understand what customers are doing beyond the download such as first, second and third usage, first purchase, second purchase etc. This information will be used to optimise budget and ultimately drive the buying mechanics of the campaign  removing the risk.

Using an experienced mobile planning and buying partner who understands the numbers is a big help to developers in order to steer them in the right direction and maximise return on investment.

It also ensures developers can leverage global rates and learnings and allows developers to focus efforts on what they know best  UI / UX, monetisation, freemium modelling and managing the customer relationship.
For more information on M&C Saatchi Mobile, visit the company's website, or you can keep up with the author via James Hiltons Google+ page.