Opinion: What's the real price of chasing the money and the morons?

Social responsibility should come before profit 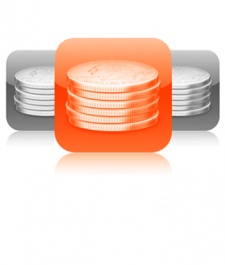 April 17th, 2013 - 11:25am
By Kristan Reed
Do game developers have a sense of social responsibility when they design mobile games? Or does it really, in the end, all just come down to the money?

Just last week, the perennially thorny issue of in-app-purchases once again became prime time national news here in the UK, after The Office Of Fair Trading (OFT) announced that it intends to identify and clamp down on "potentially misleading or commercially aggressive practices" within freemium games.

Specifically, it will hold those companies to account who target their games at children, and contain "strong encouragement to make a purchase".

As some of you will have doubtlessly seen, there's no shortage of stories of grim-faced parents with harrowing tales of how their children have recklessly racked-up extraordinary bills while their back was turned.

It's easily done - but that's missing the point.

Making it more irritating to make a purchase on your device, and putting in yet more layers of 'security' is one solution, but it ultimately punishes the vast majority of consumers who have their impulses - and their children - under control.

There are already plenty of layers of protection available on smart devices that make it pretty easy for any halfway competent individual to avert financial disaster.

And even if you are the victim of a kiddie catastrophe, Apple has consistently proven itself to be very fair at refunding customers who have been caught out.

What would make much more difference is for developers, publishers and even the store gatekeepers to hone their sense of social responsibility.

Who, in their right minds, can justify charging $99.99 for a stock of in-game items? In the words of one exasperated parent, it's "ridiculous".

It goes without saying that some app creators will try it on, because it has been proven time and time again that some customers will actually pay that much. The industry has politely termed them as 'whales'. I prefer 'moron'.

But just because some people are actually that stupid/addicted/addled to pay that much for the ultimate hat, it makes me feel uncomfortable to be associated with an industry that takes delight in naked exploitation of its users.

They make the rules

The likes of Google and Apple can't absolve themselves of responsibility, either.

They make the rules for the price limits on IAPs, and someone, somewhere along the line decided that there should, in fact, be a limit.

They also have plenty of other powers, such as the ability to drastically lower IAP price limits for games aimed at children, or tell developers to take a hike when they attempt to offer utterly meaningless IAPs at disproportionate prices.

Some might call that restrictive and draconian. I'd call that taking responsibility. Do we all want to be part of a business practice that actively ruins some people's lives? I know I don't.

On that note, it was fantastic to hear that Halfbrick actually canned one of its games on the basis that forged animosity, paranoia and mistrust, damaged relationships, and, in essence, really upset players.

The game in question was a massively multiplayer game called Tank Turn Tactics. The concept was, in essence, to either allocate your 'action points' to shoot an opponent, or allocate them to someone in an adjacent square to help them take out someone else. 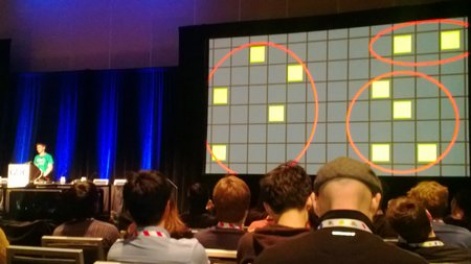 Although the game proved popular among testers, the general air of negative competition that it inspired convinced designer Luke Muscat that it had "damaged the office".

Knowing that this was probably a fair reflection of the real world, he decided that it wasn't a game he wanted to be responsible for.

But how often do designers, publishers, and store curators ever stop to consider whether certain game mechanics are actually bringing out the worst in us? Rarely, I would guess.

Most of the time, as long as a game hasn't broken guidelines on the grounds of taste, decency and morality, it's literally fair game.

Quite often as reviewers, we talk about a game's addictive qualities like it's a good thing. As if finding something helplessly compulsive is somehow desirable.

I don't know about you, but I'm now about 34 years from being introduced to video games, and the more I play them, the easier it is to recognise that 'lab rat' feeling of being hooked by a set of mechanics.

In many senses, the stripped-down simplicity of most mobile game mechanics can make you feel like a rodent in a test chamber, pressing the button for more sugar water.

Then again, how many players in the world - especially young ones - can see through the Matrix code like this?

It's kinda fine if you're fully conscious of what a game is doing, and why you're compelled to spend hours with the lights off playing the same game. When you're not so experienced, I'd suggest that's your free time is being held hostage in a faintly sinister fashion.

In isolation, developing cool game mechanics that keep players immersed is one thing. Genius, even. But then distorting those mechanics to make them highly addictive to very young players opens up a whole can of worms when IAPs are then woven into the experience.

It's a double whammy.

As a parent, it's a daily battle to moderate what my seven year-old is exposed to as it is.

Sure, it's thrilling that he's interested in one of my passions, but at the same time, it's a completely different world, and they're very much a guinea pig generation of kids that have never known a world without touch screens and near unlimited access to games.

We really don't know yet what impact it will have, but we can guess one thing with ease: too much of anything is no good for anyone, and the number of aggressively addictive money-grabbing games aimed squarely at kids is, at the very least, horribly cynical.

It's understandable that certain boundaries are still being tested in such a disruptive period of the industry's history, but it shouldn't be up to grumpy bodies like the OFT to tell the games industry to get our house in order.

We're more than capable, like Halfbrick's Luke Muscat, to know where to draw the line.