Opinion: Nintendo needs to wave goodbye to Wii U to become the handheld king 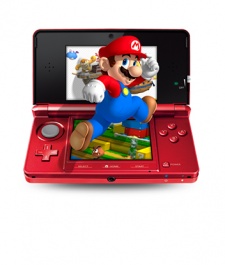 April 24th, 2013 - 10:30am
By Kristan Reed
These are strange days for Nintendo, where reports of glowing success and head-bowed failure go hand in hand in almost equal measure.

On the one hand you've got the 3DS, which against all early expectation is going from strength to strength, and on the other, you've got the Wii U, which appears determined to 'do a GameCube' and swandive into the abyss.

But first the good news.

Just over two years on from its launch, the 3DS is well ahead of where the DS was at the same point in its lifespan in several key territories, including the US and Japan.

Nintendo of America boss Reggie Fils-Aime announced last week that the 3DS has sold eight million consoles in the U.S. so far, one million more than the DS managed in the same period.

Over in Japan, the 3DS appears to be unstoppable, with the latest Media Create figures revealing more than 11 million consoles have shifted so far.

Worldwide, Nintendo today announced it has sold 31.09 million 3DS units - not bad for a system that has faced an avalanche of competition in the gaming space during that time.

And the future looks incredibly bright, too. Last week, Nintendo invited journalists to sample a handful of upcoming titles, and the quality was fearsomely brilliant.

Having already enjoyed an exceptionally strong run of new titles early this year (notably Luigi's Mansion 2, Fire Emblem and Monster Hunter 3 Ultimate), the outlook for the rest of the year is just as good.

Of the handful of new titles being shown off, there wasn't a weak link in sight.
Animal Crossing: New Leaf, the first new handheld entrant in the series since 2005's 11-million selling Wild World has already shifted 3.3 million in Japan alone, and is expected to fare just as well elsewhere. 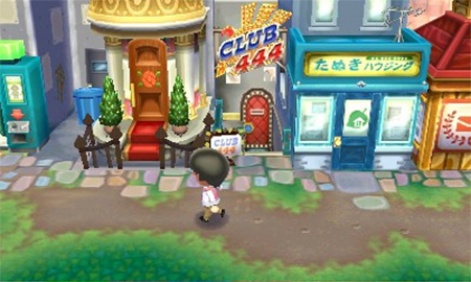 And then there's the excellent Mario & Luigi: Dream Team this July, and an excellent port of Wii hit Donkey Kong Country Returns next month. But the real surprise was the presence of a sequel to the 1991 Legend of Zelda classic, The Link To The Past.

Although not benefitting from a formal title yet, the mixture of classic dungeon puzzling with an all-new form-changing element gave the gameplay an unexpected freshness. In short, this was a glimpse of Nintendo's designers on top form.

All told, with new Pokemon titles, Super Smash Brothers and a new Brain Training coming out of the traps this year, it's going to be a vintage year for the Japanese giant. There's even a slew of decent downloadable eShop titles coming.

But when it comes to the much-maligned Wii U, Nintendo still has it all to do.

Where are the system sellers?

Despite promises that the company would try harder to resolve the system's slow start, precious little software of note has emerged to turn things around.
Lego City Undercover's release last month alongside Monster Hunter 3 Ultimate and Need For Speed: Most Wanted were all welcome additions, but not what you'd class as system sellers.

The truth is, people aren't rushing out to buy a Wii U in the same way they're doing so in order to enjoy the fabulous Luigi's Mansion 2 and Fire Emblem. 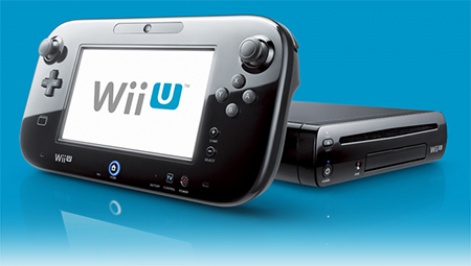 And the picture isn't likely to change much until much later in the year. Sure, both Pikmin 3 and Game & Wario will satisfy the hardcore immensely, but these are not system saviours either.

Nintendo has certainly got some more up its sleeve regarding the Wii U, and future Nintendo Direct presentations will doubtlessly present some good news. Just today, Nintendo said that "in the next several months" a new Mario Kart, Zelda, 3D Mario and Wii Fit will be released. Big hitters all.

But the problems go much deeper than a few attractive titles. The console has laboured since launch with a whole host of issues that don't appear to be any closer to being fixed.

By far the most troublesome is the basic user experience, with tiresome boot times, and ridiculously lengthy patch download times making it a real slog of a system to get to grips with.

Elsewhere, the eShop continues to be something of a non-event, with uncompetitive pricing and an uninspiring software selection making it barely worth checking from one month to the next.

With PS4 and the Next Xbox looming large, who's really going to bother with the Wii U at this stage?

It really does feel like a GameCube situation all over again: a loyal hardcore, some truly great first party titles, but slack third party support and ominous gaps in the release schedule. There's good stuff on the way, but with just 390,000 units sold in the last three months, make no mistake, the Wii U is flatlining.

It might sound strange, but in many ways, the poor sales performance of Sony's PS Vita may have contributed to the Wii U's malaise.

Despite Sony's presence, Nintendo has always been strong in the handheld gaming market, but for so long it pretty much had the market to itself - and there's no doubt it would dearly love for that situation to resume.

When the PS Vita was in production, Nintendo would have moved mountains to make damned sure its software line-up was good enough to consistently blow Sony's out of the water - and that's precisely what has happened. 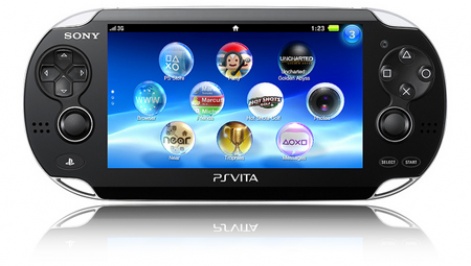 Although - on the surface - the PS Vita's catalogue isn't bad, it can't really hold a candle to a suite of top-class 3DS titles built from the ground-up for handheld play.

And when Sony's system started to struggle to gain traction, Nintendo only appears to have tightened the thumbscrews further still. The blitz of classy 3DS titles this year will surely wipe out any hope of a Vita comeback.

The price of this focused assault on getting Sony out of the handheld game has inevitably meant that its development capacity has been unusually biased towards getting 3DS games up to scratch, and it doesn't take a conspiracy theorist to work out that this has cost the Wii U dearly.

If the success of 3DS proves anything, it is that Nintendo is right not to design high spec consoles for the sake of it. And following that logic, it doesn't matter that the Wii U is roughly as powerful as a PS3 and 360.

What matters is getting enough quality first party games out there on Wii U that people want, and convincing the third parties to fill in the gaps with the best multi-format titles day and date with rival systems.

On that basis alone it has been unconvincing to say the least. The question is whether it's already too late, or whether it's a case of 'slow and steady wins the race', as it was with 3DS.

The difference is, of course, Nintendo has more competitors than ever. Joining Sony and Microsoft are the likes of Ouya and GameStick, not to mention the increasingly capable tablets and the looming threat of Apple TV.

Rather than throwing good money after bad, it might just be best for Nintendo to refocus on what it clearly does better than anyone and become the handheld king.