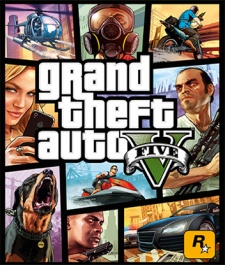 May 1st, 2013 - 12:13pm
By Kristan Reed
Forget the next gen hype smoke screen, the console market is a wounded animal right now.

In the midst of the leanest period anyone can ever recall, traditional retailers are looking at the new release schedule for the next five months with nervous disbelief.

In previous years, the second and third tier releases could always tide over the industry during quieter periods, but not any more. It's blockbuster or nothing, and that not only hurts retailers, but the wider gaming media.

In short, if products aren't being released, they're not being advertised, and if the marketing money well is dry, the knock-on effect to those who rely on it is easy to predict.

Anyone who pays attention to release schedules knew this was coming for a long time. In fact, the point at which GTA V slipped to September was a crushing blow for the mainstream.

Rival publishers had (quite wisely) cleared their schedules to accommodate Rockstar's hugely anticipated title, but now there's nothing to take its place. If it wasn't for a clutch of Nintendo 3DS games, games retail might as well shut up shop for the summer.

And this total inability for the mainstream market to take advantage of the quiet times illustrates what an unwieldy business it has become.

Can you imagine the movie, book or music industry experiencing the same kind of collective meltdown? Me neither.

Of course, it's not just GTA V slipping that has caused the problem.

It's a whole host of combining factors, including the Wii U's slow start, the PS Vita's abject failure, combined with Sony and Microsoft's dogged determination to eke out this console generation as long as possible.

But perhaps the biggest factor of all is the disruptive influence of smart devices and the effect this fast-growing market has had. 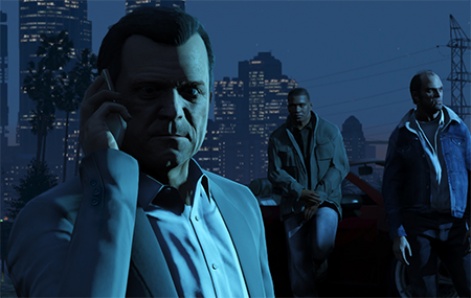 While no-one should claim that smart gaming has in any way 'replaced' blockbuster console and PC gaming, it has complemented it to a stunning degree.

I'd argue that most gamers still need their blockbuster fix, and always will - in exactly the same way that most punters continue to enjoy their 'event' movie experiences.

Before smart gaming provided such compelling, cheap alternatives, a lot of gamers would quite happily settle for the 6 and 7/10 games to pass the time. You knew that they weren't necessarily top class, but they were good enough. They were good 'stop-gap' games.

Nowadays, there's just no way you'll shell out full price for something that isn't widely regarded to be a 4 or 5 star, or an 8, 9 or 10/10. For the stop-gaps, you're far more likely to check out the best games for your smart device and spend an equivalent amount. Their loss, mobile's gain, if you will.

Even the mass media has realised where the action is.

Just a couple of weeks ago, Sky got in touch with Pocket Gamer to take the slot on its weekly technology show, Swipe, to talk about the best new gaming apps. It was, they explained, a direct consequence of the paucity of interesting new games coming out in the console market.

But not everyone in the media seems to approve of the rise of the mobile gaming scene.

Last week's was Super Monster Bros, which manages to cover itself in glory with a $99.99 in-app purchase on the start screen.

Admittedly, it's quite an amusing skit, but having a pop at crap mobile games is like shooting fish in a barrel given how many apps come out every week. It makes me wonder what IGN's agenda is to spend time and money actively sullying mobile gaming's reputation to the biggest gaming audience in the world.

Last week's video picked up over 198,000 views on its YouTube channel alone, and reinforces that perception that apps are junk, and not worth our time.

And within these media companies, monetising mobile gaming coverage has been next to impossible. The marketing spend simply isn't there to justify it, and whisper it, gamers aren't coming to the big sites for opinion on what to buy.

Meet the next gen

So, what you have in this lean period for console gaming is a media that'd prefer that the status quo was maintained.

They'd rather gloss over gaming's simple cousin, and carry on like nothing's changed. Hey, have you heard about the Xbox Reveal on 21 May?

The barrage of next gen rumours will certainly keep writers busy for a while, but until product in actually in the shops, they're papering over the cracks. It's empty hype.

Like it or not, this dry spell for the console market is only going to accelerate interest in smart devices. More likely, even more people are going to get over their preconceptions and see what the fuss is about, because they want new things to play.

With the right buying advice, it doesn't take long to find out that this smart gaming is awash with quality titles. And not only that, there's never a lean period.

There's never a seasonal lull. Just a constant drip-feed of generally interesting, occasionally inspired releases that slot in very nicely around your day, and whatever blockbuster you're into.

Whether the wider specialist gaming media will adapt or not will be interesting to see. I can't help but feel that the ones who put their heads in the sand will eventually live to regret being ignorant of such an exciting, progressive, independently creative scene.