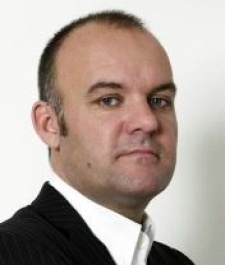 Recent mobile industry debate has centred on whether App Gratis' suspension from the Apple App Store was fair or if the company's success was ultimately its downfall.

Right or wrong, it is becoming painfully obvious that the market for mobile apps is dominated by two app stores controlled by Apple and Google.

Should the industry debate therefore not be less about app store policy and more about what can be done to improve competition?

The number of apps has been steadily rising with the increased pace of smartphone global penetration: consumers will soon be offered 1 million apps in each of these two stores.

There are billions of app-hungry consumers and there is an abundance of app developers investing in new products, why then are there only two stores that dominate the app market?

At the same time both Apple and Google are gradually making their policies stricter for developers and competition is slowly disappearing.

As a result we are seeing price erosion and discovery problems in the stores making it very difficult for developers to survive. There is a clear need for improved discovery and monetisation, and companies that are addressing these problems are successfully raising significant amounts of VC funding.

However, with the current market situation, they run a significant risk of getting closed down when the app stores decide to change their rules.

Is this is a healthy situation that favours innovation, consumer satisfaction and a profitable ecosystem?

The point I am making is not whether there is a need for market regulation but rather thinking about where competition could potentially come from.

The main reason for today's market dominance is that the OS providers preload their own stores with every shipped device, which means that they also own the distribution to the end users and therefore control what applications are available and how consumers can find and access them.

This is very hard to compete with since no other stores are bundled with the OSes.

On Android, OEMs are allowed to put their own stores on their devices but very few have such a dominating position that they can compete with Google Play.

It's only really Samsung that could offer competition on a global scale. Mobile operators who once controlled the app market are now playing catch up and are losing out to over-the-top services.

Amazon could potentially offer some competition but since it's not bundled with Android it has to rely on its own Kindle devices, making it a relatively small player.

Facebook has also taken some steps in the app store direction but its App Center currently links back to Google Play and the App Store, and as such is limited to being a discovery service and not an app store.

In broad terms, then, the real competition is coming from small and fragmented players. Yet initiatives such as GetJar and Mobango have played marginal roles due to weak monetisation and lack of support from channels and developers.

Unfortunately this does not offer much hope for developers unless the main stakeholders decide to collaborate around a new ecosystem.

In our opinion, to succeed a new ecosystem would need to be open in the sense that it should not restrict developers or consumers to one store with one set of rules.

Previous initiatives led by mobile operators have all failed mainly due to politics, and in order for a new initiative to be successful it would need full industry backing and be led by a few strong independent players.

If done well, there is a great opportunity for mobile operators to claw back some of their lost app business but with a new role as billing providers and advertising channels.

Operator billing has proven to be the most effective payment mechanism for apps and it is therefore in developers' interest to be able to use operators for billing but not necessarily for them to run and manage app stores.

Throw down the walls

So where would such an initiative come from and why would it be successful?

The app stores of today offer developers some necessary components that they don't have themselves - content hosting, billing, reporting and settlement but, most importantly, global distribution. These are all necessary in order to sell apps to consumers but are no trivial tasks for a developer to set up.

We had a similar situation on the internet before e-commerce solutions became commoditised and financially viable for internet retailers.

The future mobile app ecosystem would need to offer the essentials but at the same time not restricting the retailers in terms of new discovery methods and monetisation. Today's app stores are great distribution platforms and they are trusted by consumers, but as walled gardens, they impose too many restrictions on the developers.

In order to continue to grow and generate profits for developers, the market needs open and trusted platforms where the developers can control both discovery and monetisation.

If we draw parallels with what happened on the internet, portals dominated initially but disappeared when the market got more sophisticated.

Search is today one of the most natural ways for people to find services on the internet.

Social networking is also growing in importance as a discovery platform not only for people but content and services too. When combined with advertising, we have created a very powerful monetisation and discovery system.

Should we not allow this to translate fully into the mobile app ecosystem too?

For this to happen we need to tear down the walls and separate distribution platforms from monetisation and discovery.

We must allow the market to drive innovation and development of the app ecosystem and not let it be dictated by today's app store policies.

The Flexion wrapper enables global payments, ad-funded monetisation and on-device content discovery without requiring the developer to repurpose their code. Wrapping is automated and the wrapper can be applied to any game or app.

Flexion is used globally by millions of end users across thousands of products by hundreds of developers and some of its partners are the biggest names in mobile, including OEMs such as Nokia, operators such as Orange Group and publishers like EA Mobile.