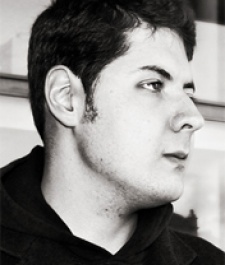 May 7th, 2013 - 01:06pm
By Guest Author
Paul Taylor is the co-founder and joint MD of Mode 7, the indie studio behind the award winning Frozen Synapse.

Taking a very PC-centric title like Frozen Synapse and condensing it into tablet form was always going to be a challenge.

Since we first announced the game on PC, people have told us that it would be "perfect for tablets". I wanted to shake them and say, "What if I told you that you can't even do mouseover!"

Ultimately, we decided that the promise of portable tactical satisfaction was sufficient to push past the practical obstacles. So, how did we set about doing it?

Getting the interface right was the main reason we decided to tackle the project ourselves.

James Urquhart, an experienced coder who has worked with us on a variety of past projects, handled the port while myself and James Hannett - the pool of forenames in our company is extremely limited - tackled the UI.

I also consulted with the game's original designer and coder Ian Hardingham, who helped me make sure I was preserving his intentions and also came up with a few core parts of the touch UI. 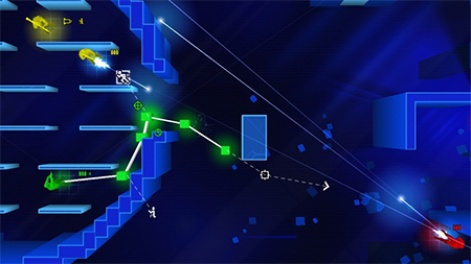 Frozen Synapse in its original form

We knew we wanted pinch-to-zoom for moving the map around: this was one of the first things to go in and proved pretty intuitive.

One of the most difficult early quandaries was the creation of waypoints. We initially tried both double-tapping and dragging out waypoints from near the units, but both ended up conflicting with pinch-to-zoom.

You would often accidentally nudge the map instead of creating a waypoint, or inadvertently make a bizarre path while moving the map.

As we wanted buttons for various orders to be arrayed around the screen, we decided to use one for waypoints as well. You can see this in action in the first preview video we released:

When we went into beta testing, users told us that the button was too cumbersome. We then decided to bring back double-tap; it turned out that a secondary decision (large, obvious "selection zones" around units) had made it much easier to double-tap with accuracy.

This is the house-of-cards effect that complex UI's often experience: it can be nothing short of infuriating.

Talking of infuriating, I had to really push the interface through a significant number of iterations and tweaks.

The patience of the team when dealing with my button-swapping, size-adjusting whims was definitely stretched at times but we got there in the end!

Taking user feedback from a great group of testers on our forums, I tried to position buttons in locations which would enable the most frequently used functions to be accessed with ease, while retaining all the detail and complexity present in the PC version.

The team worked on a system that allows orders to be dragged and repositioned to any point on the plan, and even incremented with "nudge" buttons.

In the end, I think we ended up with a great UI:

As we progress through this process, the inherent gulf between standard tablet game design and what we were trying to accomplish with Frozen Synapse became more apparent.

Many tablet games use tapping or dragging on large isolated objects: they are effectively about simplistic satisfying physical interactions.

This is often best for mass-market products but a game like Frozen Synapse, which is about creating complex systems, has to have the opposite approach.

It is still possible to tie yourself in knots with the UI, but that is the flipside of genuinely giving the user a lot of power, rather than restricting their possible interactions.

Of course, that's a tough balance and it's always important to try and make the process as fluid and simple as possible. Ultimately though, we're banking on pushing tablet users in a new direction: trying to bring deeper, tougher gameplay.

We understand that the game is a niche title and that it won't necessarily appeal to a casual audience but that's never been our focus. 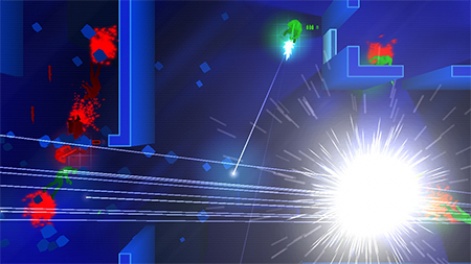 Much our audience on PC and Mac also own tablets, so we hope that they will appreciate the efforts we've gone to in order to create a tablet UI that means they can play Frozen Synapse in a portable context.

Our implementation of cross-play between the desktop and tablet versions was a big nod in this direction.

If Frozen Synapse is a success on tablets then we will actively look to bring any relevant future titles onto those systems as well; we feel like this launch could be a defining moment for Mode 7 as a company.
Frozen Synapse will launch on iPad on 16 May.