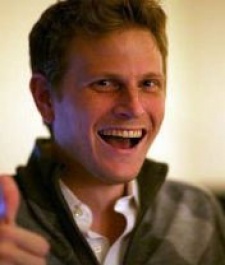 Big month for the denizens of Quark Games. We announced our next game, Champs: Battlegrounds, and began the long process of backing up my various outlandish pronouncements.

We're looking to do a lot of things with Champs - go hardcore, move into 3D, get away from turns and into real time, etc. - but the essential design goal was to maintain competitive purity.

As a game with a significant player versus player (PvP) component - we have AI and Campaign as well - we spent an enormous amount of time considering what constituted "appropriate" monetisation.

To our minds, a PvP game cannot thrive over the long term if monetisation conveys a significant advantage over players who elect not to monetise. As a result, we made a variety of choices designed to protect the experience and ensure players end up with a fair experience.

Unfortunately, there is a perception that optimising for purity is often at odds with optimising for monetisation - namely that permitting players to acquire the things they want through things other than payment (such as playing) reduces the frustration in the system and lowers revenue per user.

It's not an insane position to take. The traditional mobile approach has proven to be revenue positive over time. But it's come at the cost of creating a stigma around mobile games, which hinders efforts to build mobile up as a "true" gaming platform.

I believe there are great examples of games that do very well with a less frustrating ecosystem - League of Legends and DOTA 2 come to mind - and there is a clear opportunity to bring some of these sensibilities to competitive games on the mobile platform.

One of the key attributes of a pure ecosystem is the permit acquisition of any item impacting gameplay via multiple means, namely by playing the game or paying for those items.

In this instance, payment does not buy you advantage, it buys you time savings. This creates a highly inclusive system that allows people with more time than money (college students) to compete with people that possess money but not time (investment bankers, oil sheiks).

Strangely enough, most people don't like playing games they feel are rigged. You just don't see many people volunteering for the job of cannon fodder.

As a result, players churn for more regularly, which increases acquisition costs, reduces the ability to reach scale, diminishes virality and reduces longevity of the game. On the plus side, selling advantage is a great way to make a quick buck.

The real drawback of a pay or play system is that your game needs to be good. Without a paywall to compel payment, a game needs to convince a player to spend money for reasons other than advantage.

Advantage is easy for the human mind to grasp. The value of paying for diversity (like having more heroes to choose from) or exclusivity (decoratives) is a tougher sell. Not impossible, but it'll certainly take a more intimate relationship between player and game.

Getting people to hit a "win" button is a lot easier than convincing them to hit a "hey, put a cool top hat on your guy" button. Especially if pricing is similar.

For Champs, we took a varied approach. We plan on releasing hundreds of heroes over time and each of these heroes may be bought via pay or play. Additionally, we are creating tiers of heroes, with upgraded heroes being more expensive in tetrms of time and money.

We created the tiers to ease players into the sophistication of the game - at Tier 1, the heroes have easier mechanics and there are fewer of them. As they move into a higher tier, the sophistication ramps up considerably, which we felt would be a bit too intimidating for most new users.

Of course, introducing tiers creates its own problem for fairness. How do we address a situation where a monetiser buys five upgraded heroes before a non-monetiser can earn them? Can't let thing get impure, now can we?

And so we arrive at the toughest part of a competitive game. Matchmaking and volume.

Any game that has a PvP component requires the presence of enough players so that games can actually get going. We've all played games with a poorly seeded multiplayer system - queue times abound.

In our case, the issue is further exacerbated by the introduction of our tier system, which begins to create differentiated power among the player base and therefore requires more queues to maintain purity.

Essentially, the decision to make tiers to provide players with a reasonable ramp into the sophistication of the game creates power differentials that can conceivably give payers an advantage.

How? Because dollars will always spend faster than a player can play into new content.

It's a fun problem. We have a few solutions. The first is to have monetisation take a backseat to purity. This means we'll roll out higher tiers only when we have sufficient volume in the ecosystem to sustain additional queues (we have giant spreadsheets modelling this all out).

As you folks might surmise, this is a bunch of additional work. The decision to go pure means that we have to provide far more content, balance the content better, release that content only when the ecosystem can take it and invest far more into retaining the users who don't want to pay. It's a giant hassle.

Life would be much easier if we just threw up our hands, gave all players six heroes to start, 10 heroes to earn and 40 heroes to pay for. It'd be even easier if we let any player match with any other player - just let the guy with Tier 2 Champs savage a first timer.

If mobile game companies are going to build enduring brands, they need to design games for gamers, regardless of their financial situation.