#9 - Thou shalt worship the 'long tail' of app marketing 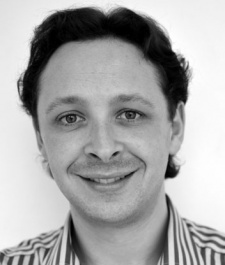 June 27th, 2013 - 11:00am
By Guest Author
James Kaye is co-founder of appromoter, an app marketing service for developers.

So far we've focused largely on what you need to do before your launch on the App Store.

For many developers, this is quite rightly where they focus most of their efforts; but there are also developers who may not be aware that you need to be in it for the long haul and that success is unlikely to happen overnight.

To use a horrible old cliché, it's a marathon and not a sprint.

That being the case, here are some of our top tips for things you should be bearing in mind after launch.

Analytics should be at the heart of what you do so you can fine tune your app.

There are two kinds of analytics: the first is in-app analytics for understanding what your customers are doing on a granular level, and what kind of user they are.

On this front you're hard pressed to beat the free Flurry Analytics which give you a mountain of data as well as the ability to benchmark your app in its category and set lots of 'event' parameters to track what people are doing in your app.

This is when you plug your app store account in and you can also see what is going on with other apps as well as your competitors. The top sites for this are App Annie, Distimo and Appfigures.

We often meet developers who don't seem to have a plan for marketing their app post-launch.

Even more worrying is the amount of freemium developers who don't have this, as they're the ones that need to keep innovating and adding new features, otherwise they will struggle to keep attracting new players.

Other (more organised) developers have a long list of features they'll be adding as well as the desire to refine their games based upon feedback: we definitely recommend the latter approach.

Chances are that you won't get it right straight away and will need to keep experimenting, tweaking and refining - but that is what is needed to keep your app fresh.

Also, every update wipes the slate clean of negative reviews and gives you a chance to begin again - helpful if you've had a bug or an issue in the game that attracts those horrible 1-star reviews.

Not just about the game

Remember, your game is just one part of the overall package.

You should be constantly tweaking your app store description, icon, screenshots and keywords as time progresses to see if it is having any discernable effect, and using analytics to measure and understand how users respond.

As more budget comes in, invest in an amazing icon (Get some inspiration here) and use an SEO tool for your keywords. Some great SEO tools for iOS are appcodes and Searchman.

Social media can be a great way to build up dialogue with your fans and keep them hooked.

It's all about engagement, so once you've got followers and fans you need to encourage and entertain with them to get good feedback on your game and even involve them in the ongoing update and development process.

Social media is something that works nicely with your long tail approach and helps by building up trust and interaction over time. If you can identify your most passionate critics/advocates then you can harness that power to create better products.

There's a lot of very active forums out there, especially places like the TouchArcade forums.

If you have the time and ability then these are great places to build your following and engage with gamers who are looking to give feedback.

The more apps you have in the store, the more opportunities you have to leverage them for cross-promotion.

See our previous post about some of the clever ways that developers are using their apps to cross-promote.

Rome wasn't built in a day

Sorry, another terrible cliché, but it's true. People are too short-termist about the app store and also may give up after their first app.

Don't forget that Rovio had many less successful games preceding Angry Birds; once you've had a success then people will also be interested in your other titles.

Every update is a new opportunity

Many developers view each update as a new opportunity to carry out a mini product launch - this means that they have something to say to the media about new features.

Don't just limit your outreach to the initial launch.

New platforms are launching all the time - especially in the realm of affordable Android tablets.

Even if your app has not found an audience on iOS, it could well suit what Amazon is looking to offer its audience (which tends to be older women with lower-powered tablets that may not be able to run the latest cutting-edge Unreal powered game).

There is a growing number of alternate outlets for games and apps, so not everything has to go directly through Apple and Google.

To find out more about Appromoter and the services it offers, take a look at the company's website or receive up-to-the-minute updates via Twitter.