Ready for take-off: How KLM is using a mobile game to build connections with consumers 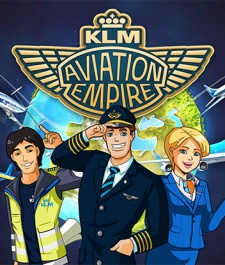 July 2nd, 2013 - 11:00am
By Peter Willington
I'm in Amsterdam, at the gloriously large (and largely glorious) Schiphol airport.

I'm waiting to be chauffeured to a hotel, to then be taken to a hangar, to be shown a mobile game called Aviation Empire that's being made by KLM - Royal Dutch Airways in partnership with Little Chicken.

There's a tiny, but completely shaved dog staring at me, unnervingly, as I make small talk with Leo, an air plane enthusiast that has specifically requested he attend this grand unveiling.

He's rather excited about the whole thing (Leo, not the dog), as he's a fan of KLM. Here's a picture of him with me, keeping it gangster. 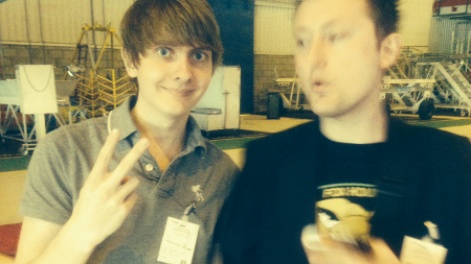 Leo and a rather blurry Pete

I didn't think you could be a fan of an airline, but this trip absolutely proved that assumption to be wrong.

The event was full of people - admittedly there at KLM's request - who legitimately claimed to be fans of this one specific company in the field of aerial transport.

They were either fans of flight, like Leo, or had eagerly signed up to be beta testers for KLM's latest venture in social media - Aviation Empire.

Part of the plan

After taking a seat in the gigantic hanger, it was announced that the couple of screens and stage in front of me would play host to a few short speeches about the game and how it forms a part of KLM's wider social strategy.

With more than a hint of incredulity coursing through my veins, I began taking notes, waiting to see which poor sap from the company had drawn the short straw to give this presentation. 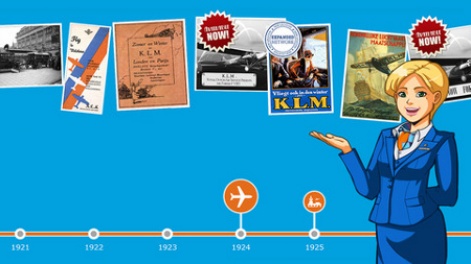 With a Boeing 747 sporting KLM's blue livery as its backdrop, MD and COO Pieter Elbers took to the stage, announcing how all of KLM, himself included, was fully behind the game, that his team wanted to "play in this rough industry".

This is a man who oversees the successful and safe operation of a company behind 800 flights with countless thousands of passengers per day, and even he thinks that the video games business can be a bit tricky.

"There's hope for us all yet" I thought.

Next up on stage was Martijn van der Zee, the senior VP of e-commerce at KLM - another big name at the company. His talk was on their social media presence, which began in 2009.

It does this through 25,000 interactions per week via Twitter and Facebook - accounts that have 520,000 followers, and almost 4 million 'likes' respectively.

But why does any of this matter? What does this have to do with Aviation Empire?

This is a game, not a social-focused promotion, like the firm's 'Meet and Seat' initiative - one that saw customers able to book seats based on who they'd be sat next to, all of which was tied into Facebook and LinkedIn.

To Martijn, however, Aviation Empire is core cog in the company's social wheel.

KLM's audience has been engaged in several key aspects of the game's development.

From simple awareness, to beta testing, all the way up to naming the game before release, KLM has kept dialogue open between its fans and themselves throughout its creation.

It's built trust, it's built rapport, and it's encouraged its future customers to think of KLM as a brand it can have a two-way conversation with. 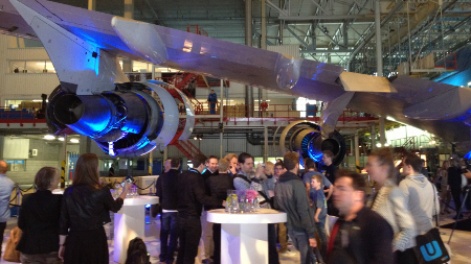 It's something Martijn's team prides itself upon: talking with users when things are good, when they're bad, or simply when they're related to KLM in some way.

Take this (slightly cheeky) tweet of mine as an example. Within half an hour I'd had a response from KLM's official Twitter account, asking me where I was headed to. It shows a hell of a lot of commitment to this "two-way conversation" bit.

More than this though, the company wants Aviation Empire to fill the void between conversations, and provide continuous engagement through play.

In his speech, Martijn notes that the game is "for customers and for gamers", and that it's "something for the long run", hinting that it's a title KLM will be supporting, and a project that - given the game's in-app purchases - has the potential to be a minor commercial success.

Then there's talk of unlocking airports in the game by traveling to them in real life, incentives for real world items, and even discussion of posting the leaderboards on boarding passes.

It all sounds lofty, but it's more than just propaganda.

I managed to go hands-on with it at the show - the game is out now if you want to try it yourself - and I can honestly say that it's pretty darn good.

One of the best aspects is the way that it documents the heritage of KLM: you start in the early 20th century with just the London to Amsterdam run, and progress through the decades accordingly, giving you access to new types of historically accurate planes. 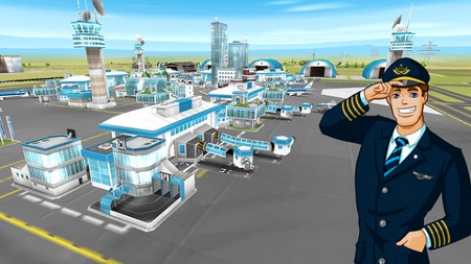 And Martijn was very accepting of that fact when I caught up with him after the presentation.

"We realise that people don't buy when we say buy, they buy when other people tell them to via peer to peer recommendation," he said.

"It's much stronger when they recommend the brand to someone, not us". He also noted that "you have to work very hard for your brand awareness" and that a game likes this is "a good way to explain it".

I pushed him a bit further on how successful he thinks it will be, and he seemed genuinely positive when he told me that "we will not launch it and pull it back in one year, we really believe this is here to stay".

It's at this point - where I'm talking with a man who likely earns more money in a day than I make in a week about what's an undeniably cute little KLM-branded game - that I start to understand why it is KLM has legitimate fans.

As a company, to me at least, it has an ethos of openness in its dialogue that I think people find refreshing. 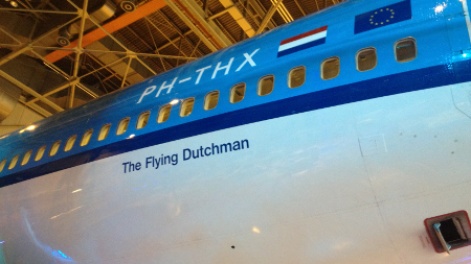 His message of peer to peer recommendation continued "there won't be a multi-million campaign to push [the game]. We'll use our social media outlets", and that because of this, it has to be a high quality release or else it would be "crushed by real gamers".

Giving credit to where credit is due, it is of course not KLM that actually made the game. That duty fell to Little Chicken, a local team that has reportedly been working on this for two years.

When asked why KLM chose to work with Little Chicken, Martijn remarked that it was the studio's flexibility and willingness to adapt that was immediately attractive, "not every game designer is open to do that".

That's a take that's mirrored when Little Chicken takes to the stage. In the developer's portion of the presentation, it's noted that the two companies have very different roots, and therefore they "both speak a different language".

In order to find a balance between a game that was fun to play but remained close to the KLM DNA, they've both had to make compromises.

KLM worried about the small details, such as the size of specific craft being disproportionate to their real life counterparts, which Little Chicken had to assure them wouldn't matter in the mind of a gamer.

Likewise, the way money was handled in the game simply wasn't realistic, so KLM's revenue management team was invited to feedback on the game during development.

Both have had to let go in some areas to create a finished product that, from my time with the finished article, doesn't feel corny yet still holds the brand identity well.

During my interview, Martijn remarked that he believes "the way to communicate, the way to engage, is through games, and we can explain our brand through games". 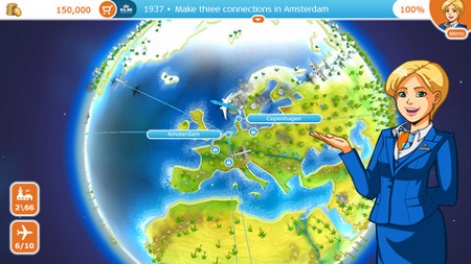 I must admit that I walked out of that hangar knowing more about the KLM brand, and am now more interested in finding out further details than I ever was before, simply through engaging with the brand's substantial history via a video game.

In that way, Aviation Empire is already a success.

Will other companies follow suit and attempt to reach new and existing customers through the power of interactive entertainment? I'm not so sure.

Aside from the large amount of cash reserves to fund development and maintenance of a game, which rules out many companies already unwilling to invest in their social platforms, it's simply not a proven success story. Yet.

Having a strong following on social platforms is key to any 21st century business model, but having a killer game to continuously engage with users? That's another thing entirely.

Should it be popular though, KLM and Little Chicken will have effectively created an advertisement that, far from aggravating their existing client base like many more traditional ads, will be a communication from a company that's actively sought out, and even shared amongst their fans to new potential customers.

And if they can pull that off, KLM's biggest "fans" in the future, will likely become their shareholders.

Why KLM is publishing mobile games