Adeven asks: Do you know when to burst and when to target? 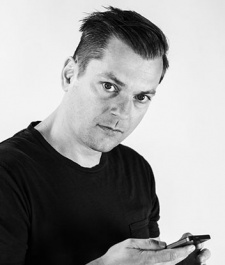 Building an engaging game is a challenging task and a science in-and-of itself.

The marketing guys have a slightly easier job than product developers because their role is not to optimize the product but to bring customers to it.

What marketeers do need to understand, however, is how users behave in an app, who the ideal users are, and what marketing source they come from.

Start of the process

Most importantly they need to understand how their product monetizes and have the facts to make future marketing decisions.

For example, analytics might tell them an average user brings $7 (pounds or euros) after seven days and $3 after thirty days. Now we have a ballpark number to work with when buying downloads and a base expectation of what kind of revenue a user can generate.

So if we buy a download for $10, it would be unreasonable to believe that we'd be able to profit on that user, even if we take into account that some users might capitalize better.

Looking at our marketing opportunities, campaigns can be multi-channel - mixing in-app advertising, Facebook mobile app install ads, newsletters, tweets or even QR codes on a poster at an event.

The aim of the marketing manager is to pick the best sources that will provide the best users and the best return on investment. In this case, best does not always mean most expensive...

There are two basic options when it comes to marketing - you can hunt the whale or you can go net fishing.

Most gaming companies do the latter. Net fishing is basically going for the masses - that is the most amount of users for the cheapest price possible. It becomes a margins game and one that's easier to win than hunting the whale.

Key to this is the understanding that a rank/list position on a chart brings you a lot of organic uses in the app economy. A list position means your game is more easily found. Apps that rank higher appear higher in search results. This applies to iOS and Android, even though the effect on the list in Android is much lower than might be expected.

What we've noticed in the past year is that the percentage of apps that don't achieve a rank (aka zombie apps) has been steadily increasing as the market place has grown. And the competition is particularly aggressive in the games category.

How top lists are calculated is proprietary knowledge for both Apple and Google app stores but you can reasonably assume that they are based on a mixture of download numbers and momentum.

Momentum is critical during the first three to five days on the Apple App Store. That is why push campaigns work better in iOS than they do for Android apps. On Google Play, it looks like the key factor is the absolute number of downloads, which means that Android push campaigns are more expensive.

Burst onto the market

A commonly used marketing strategy is to buy a burst of downloads strategically placed over one or two days.

A good example would be to start on a Thursday and push into the weekend so that most downloads are on a Saturday or a Sunday, when all the magic happens.

The aim is to acquire a lot of organic downloads, which reduces your cost per impression (CPI).

For example, if you pay $2 for a download and get 50,000 downloads, you've spent $100,000 to get 50,000 users. If they aren't engaged with your app or are of a low quality (perhaps because the downloads were incentivized), they may be worthless users.

But that won't really matter if you're able to acquire 200,000 organic users over the following days thanks to your app's chart position. That would reduce your CPI to $0.50 per user.

Of course, it's not quite that simple. You're not the only marketing manager running campaigns. You'll have to consider if you're in a bidding war with another company - driving up costs - or even if the current market or territory is good to get the sort of users you want?

The bottom-line is that it is important to have analytics including country-specific analytics, so you can target your campaigns. You'll also need some kind of tool to understand how the market is working to give you an estimation of market size.

Asides from burst campaigns, your other options are to focus on smaller and more specific campaigns.

For example, you could target the cheap users you can get from the big mobile advertising network. However you will have to be careful to track how well they perform. Alternatively you can look to buy Facebook mobile app install ads.

This provides the opportunity to target niche sets of users thanks to the platform's precision. Again, you'll need to be careful to track which target groups perform best.

Why? At the end of the day it all comes down to how much money you spend to get these users and how much they spend in your game. It's basic economics: Income needs to be greater than your expenses.

The important lesson to learn is it's not just how the gamers behave, it's where they come from.

It's vital to connect the source (your marketing campaign) to what these users do in your game, and in this way take a holistic view to the entire process.

You can find out more about adeven's services via its website. Reply
Anders Taylor
This is terrible. You could have summed up this article with a single sentence: "Be sure that you're making more than you're spending on user acquisition." No details present here at all. Weak sauce, sir, weak sauce.

You didn't even address the issue that is the title of your article!
Posted 6 years, 12 months ago