Opinion: Why your next hire should be a Chief Psychology Officer

Bridging the gap between gameplay and retention 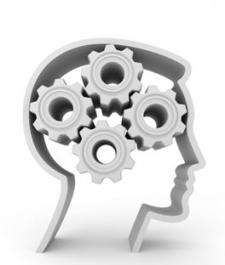 Like all good arguments, I can't remember how it started.

Like all great arguments, it started in the pub.

(These two statements may be related.)

What I can remember is talking about my new data-driven process - an attempt to rank the monetisation efficiencies of games that use in-app purchases.

"What's interesting is that of the 40 or so games I've played, the only one to actively fail you within the first five minutes was CSR Racing," I commented.

It's true. You win the first two races in the game, then lose the next, hence being taken into the garage where you get to buy a car with the in-game (soft) currency you've provided with.

"Most tutorials are all about winning and making the player feel happy, but CSR Racing does the opposite and immediately gets you into the process of upgrading your car," I pondered.

"It's not as bad as Fast & Furious 6 where you're immediately given a time-dependent offer to spend real cash on a car you can easily buy with soft currency a couple of hours later," countered my chum.

The argument didn't stop there, however.

We continued to talk CSR Racing: a game I was critical of when it launched 12 months ago, but one that was merely in the vanguard of popularising monetisation options such as limited fuel slots, having to wait for part upgrades to arrive if they were being 'importing' etc.

Personally, though, my main beef with CSR Racing was that when I beat the first boss, he immediately told me he was upgrading his car and so we had to race again, the boss going on to win convincingly.

At this point, I'd played enough and was fairly happy to have come to a point in the game where I felt I could stop.

For me at least, this was a natural break point. After all, the game narrative was clearly an 'unreliable witness' in terms of what it was promising.

My friend exploded in glee. "That's what boss battle are all about," he said. "Have you never played Diddy Kong [Racing]?"

I haven't but I understood his point. The psychology of free-to-play games is the same as console classics, where anything can happen, especially in boss battle. Like the final baddy in a b-movie, by their very nature they are unreliable opponents.

But while I understand the point, I totally disagree. Free-to-play games are entirely different to $50 console games, especially in terms of retention.

"The game could have handled the situation in a better way," I suggested.

"The boss' big brother could have turned up to rescue his pride. That would have triggered another race but in a more nuanced manner."

"Not much of a boss if he needs a big brother," was the reply.

The argument eventually fizzled out with the exclamation, "Your problem is you've approached it [CSR Racing] like a free-to-play game."

I felt I'd earned a moral victory. Last time I checked, CSR Racing was a free-to-play game.

Nevertheless, the exchange has got me thinking.

Game developers are very good at making games, and over the past couple of years, mobile game developers have got good at things like distribution, marketing, user acquisition and monetisation - especially monetisation.

We're good at retailing; a time-limited offer in Hay Day

The big gap, however, is tailoring the user experience so it bridges gameplay and retention.

Of course, some companies are very good at this. Most first five minute tutorials now gets players enjoying the game while understanding they can spend currency (whether soft or hard) to progress quicker.

And I believe that the end result of this process is we'll see game developers actively hiring psychologists; that is people who during development will study the behaviour of players and actively change many small elements of the game to improve retention, engagement and - yes - monetisation.

This matter because, at present, the industry is doing it backwards.

Post-launch, it's looking at analytics to find obvious pinch points in the data. Similarly, techniques such as A/B testing give good results but only provide black box solution to pre-set problems.

In this context, changing the difficulty of level 27 because it's too hard or working out if a 'Buy This' button should be red or blue is small beer.

Developers need to have expertise on-hand before a game launches, building the subtle cues into plot and gameplay, particularly those that will improve retention - presently the biggest failing for all free-to-play developers.

Because the frequency that more sophisticated psychological techniques are being cited by game developers - things like reciprocation, coercion, reward removal - suggests the industry is already halfway there, even if there isn't anyone with the legend Chief Psychology Officer on their business card just yet.

(But there is already a game blog on the subject that you should check out.)

Solsten's Josh Rivers: "You need to know who your audience is, and why might they come to my game"