The building blocks of success: How an architect's eye can aid game design 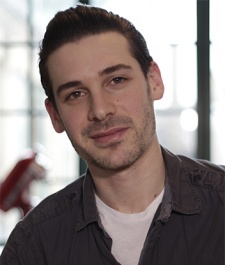 July 25th, 2013 - 12:23pm
By Guest Author
Nicholas Lister is an independent game developer from London, UK. His first game, Imp Paired, is being released on 30 July.

For those of you who don't know me - and I assume that is most of you - I am an independent developer working in London who, before I started making games, had trained for six years to become an architect.

Emerging from that long and intense education I was at a point where I had realised how disenchanted I was with the profession I was set to enter, and a year short of completing my qualifications, I turned away in search of a new direction and a new creative outlet.

When I began to explore making games, my feelings about architecture were so mixed up that it would have been impossible to make a game that even began to handle them.

My first major project, the iOS memory game Imp Paired has, therefore, little in the way of architectural themes, but any creative education inevitably trains the student's eye and their creative intuition.

As one person, on his own, figuring out for himself how to make games, it was inevitable that, intended or not, what I learnt in architecture school was going to impact on how I made them.

It's now the case that, a few years down the line, I am more comfortable with my architectural past; I have come to appreciate all the influences that it has had on Imp Paired, how the game is better for it, and how it has made the game so distinct from the titles around it in the App Store.

I have also started to become fascinated with the point at which the fields of game design and architecture intersect.

There's a huge amount they can learn from each other. A frame of reference from one can cast the work of a designer in the other into a completely fresh light, cutting through preconceptions and received modes of practice.

Let's take an example. Game developers often talk about giving the player a particular experience as being at the core of their practice.

I can trace this back to Jesse Schell's excellent book The Art Of Game Design: A Book Of Lenses, but I have no doubt it goes back further.

"So," says Schell, "we've established what we need to do - create games that will somehow generate wonderful, compelling, memorable experiences".

I look at this with my architect's eye and I think of the grand cathedrals of mediaeval Europe, filling their congregations with the glory of God. I think of museums that promote a calm dignity for the arts they house.

I think of the powerful symbolism of civic buildings like the Capitol in Washington, or, for a more nuanced example, the restored Reichstag in Berlin.

But then I think also of the challenges in the architectural field to the notion that the core of the architect's work is found in curating experiences.

One figure of particular note in this challenge is the iconoclastic British architect Cedric Price. As an aside, I think Price's work has a great deal to offer almost any thought about the intersection between architecture and games.

His first major work, the Fun Palace, is described in the introduction to Cedric Price: The Square Book as interpreting fun, "[not] as passive entertainment as in the amuse-me ethic later to be adopted in the Walt Disney pleasure grounds. For [Price] it would be fun if the visitor could be stimulated or informed, could react or interact, but if none of these suited had the freedom to withdraw."

Now, clearly there is a little disjunction there between the functional concerns of architecture and the lack thereof in game design, but the point is that the architecture is not curating a specific experience, but enabling and supporting a range of action.

It's about allowing the visitor (or player, if we think about this in the game world) to play out their will through, and in reference to, the environment (or, in our world, the game).

The experience that is being generated is a partner to that action, but the determination of that experience is not the designer's primary goal.

In taking this counterpoint to a piece of received wisdom, the game design task is cast into a different light. It produces an unusual, but valid perspective.

To me it has also been an intuitive part of how I design and what is important to me when I do.

It's why Imp Paired, despite being within the casual puzzle genre, is not really a puzzle game. It's a game that supports the player to find and use their own strategies that work for them. 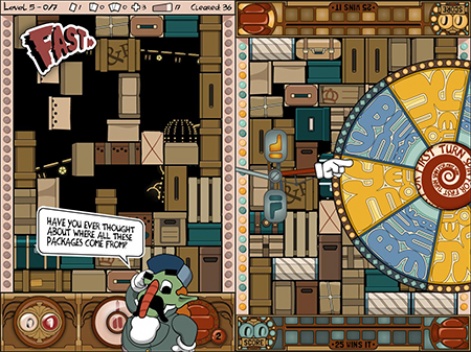 Now, (and I probably shouldn't say this from a self-promotion point of view) that isn't exactly earth shattering.

Any decent strategy game will be doing that same thing. What's more, there are many bolder examples of this paradigm whereby the game is focussed on supporting action more than it is on delivering experiences.

Any number of playground games do it very clearly, and in the digital environment Johann Sebastian Joust and Minecraft are two well known games that spring instantly to mind.

Those games didn't require an architect's insight to get to that paradigm and I suspect their creators wouldn't frame their decisions in anything like the way I am here, but it is clear that they also don't come from the beaten path of received industry wisdom.

Coming from this unusual, architectural background helps me to traverse the gaps, often unperceived, in one field with lessons from the other, it points me down alleys that others ignore.

Of course, it means that sometimes I am ignorant of very sensible lessons and skills that my peers have absorbed into their everyday processes, so I do get lost. A lot. But in the end it gets me to some pretty exciting places.
Imp Paired will be available for iOS on 30 July.