Best of British: How to make money the 'non-evil' way 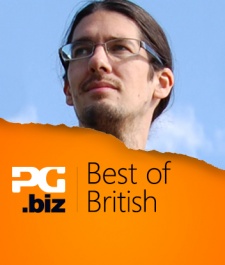 August 2nd, 2013 - 12:30pm
By Guest Author
Jake Birkett is the owner of Grey Alien Games, an indie studio based in Dorset that specializes in casual games for mobile and desktop.

He is also co-founder of the Full Indie meetup group in Vancouver and the current chief of Best of British.

I recently reached an indie milestone. I made a total of $5 from my games on online Flash portal Kongregate.

Obviously, that's barely enough to pay for a cream tea and it's not how I make my living, but it got me thinking about the effectiveness of the various income streams I have, and the best way to compare them.

I've been uploading some of my mini-games to Kongregate for just over 18 months now and I have a total of six games on there with around 5,000 plays. This has generated about $15 in advertising revenue, of which my cut is about 35 percent, or approximately $5.

I was talking to an indie friend who has games on several online portals and instead of saying "my games makes 0.1 cents per play." I found it a lot more grokkable to say "my games make $1 per 1,000 plays."

Using the same metric, Kongregate itself is getting about $3 per 1,000 plays.

My friend told me that another online portal nets him 40c per 1,000 plays, which seemed pretty low to me. It made him think that putting out ads directly within his online games could just generate a better rate of return.

However, all this is small fry compared to getting sponsorship for your online game  something he's excellent at doing.

Sponsorship can easily bring in thousands or tens of thousands of dollars per game if you know what you are doing. By comparison, if you managed to get 1 million plays on Kongregate, you'd still only make $1,000 from advertising.

Imagine getting a million mobile downloads - you'd hope for considerably more revenue than $1,000 with the right business model.

I'm not trying to bash Kongregate here  I like it, and I enjoy putting my games on there for fun. Clearly, however, there are better ways to make money than online game advertising revenue. So let's explore some more.

Most of my income comes from selling downloadable casual games for PC/Mac via big casual download portals such as Big Fish Games, iWin, Gamehouse etc.

They use a variety of methods to monetise their audience which seems to work well for my games.

Players can download a game and play it for free with ads in it. One of my games made about $1.17 per 1000 ad impressions - not much better than from Kongregate.

However, the big difference was that the portal managed to get about a million ad impressions quite easily .

Players can pay a fixed monthly fee and download and play as many games as they want and I get paid based on the total number of minutes of play time.

The same game made about $1.73 per 1,000 minutes of play time and it got played for a million minutes in the first month.

Players can download a time-limited demo that prompts them to buy the full version after an hour of play time.

Normally, these sort of games sell for about $6.95 and developers normally receive about $2 of the sale price. I've heard other casual developers say that a 1 percent conversion rate of downloads to sales is good but sometimes my games convert as high as 5 percent, which makes quite a difference.

As you can see this is considerably higher than giving the game away for free and relying on adverts, and the best part is the portals can drive hundreds of thousands of downloads of your game in a few months, which really adds up.

However, in order to sign a contract with a download portal for them to distribute such a game, the game's production values have to be pretty high. A typical online game or small mobile game wouldn't cut the mustard.

So what about mobile monetisation methods? Well, obviously there are free games with advertising, free-to-play games with in app purchases (IAPs), and premium games (paid for up-front).

It's not worth talking about dollars per 1,000 downloads for premium games because it's simply the game price multiplied by 1,000 - and prices vary considerably.

However, I did speak to a couple of devs about their experiences with giveaways, in-game advertising and IAPs, plus I have some data of my own to share.

We shipped Spring Bonus as a free universal app on iOS in spring 2013 and it has a range of IAPs from 99c to $4.99 that are just level packs.
Spring Bonus 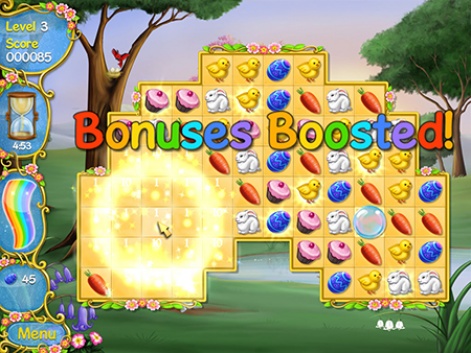 I know that level packs are not the best type of IAPs to make money from, but I'm in the "F2P games are evil" camp, and I didn't want to redesign the whole game to make it more like Candy Crush because it was supposed to be a quick third party port of my PC/Mac game.

This sounds cool, but even though the game got featured in Europe, it hasn't hit 100,000 downloads yet, which just goes to show you how hard it is to compete in mobile these days.

Cascadia Games also gave me some numbers about Cavorite, which comes in at $1.99 on iOS with a single 99c IAP.

At one point the studio made the game free, but the IAPs were "near zero", which doesn't sound good, although the studio believes that the free ones helped to sell Cavorite 2 when it launched 3 months later  although there is no data available to support that.
Cavorite 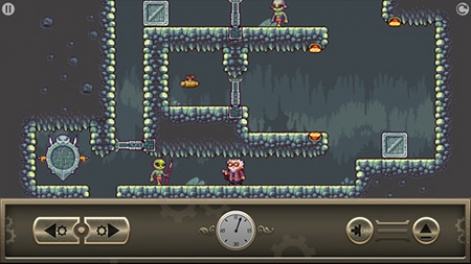 The giveaway meant that the free downloads outnumber the paid downloads by five to one and this has resulted in $24 per 1,000 downloads - down from the $140 per 1,000 premium downloads.

An indie friend of mine (who wishes to remain anonymous) has had some good success on Android with a game that has reached a mighty 6 million downloads. The friend in question had a premium version on Nook and free versions on Google Play and Amazon that showed in-game ads and had an upsell link to a premium version (instead of an IAP to upgrade).

Also, apparently the conversion rates are 0.7 percent for Google Play and 1.2 percent on Amazon.

However, as an interesting counterpoint, said friend also shipped the same game on iOS but as a premium app with IAPs and its IAPs have generated $35 per 1000 downloads.

In the limited spaces I've explored, it seems fairly obvious that online game advertising is not a big earner, although online game sponsorship can be quite a good route to go down for a lone basement-dwelling indie.

The casual download market is still going strong and there's good money to be made if you can invest the time and budget to make a good quality game that's suitable for the demographic. The old one hour demo model works pretty well.

As for mobile, Chartboost was a winner for us and other ad systems may also generate good money. Having IAPs for players to "upgrade" a free version certainly worked for us, but you still need a ton of downloads to make it viable, which is not easy.

Giveaways may not do much for your sales; we found this out when we made an older game free for a couple of days, but might be useful to help build an audience for your next game.

Advertising revenue on Android can be pretty good but again you need to drive a lot of downloads to make it worthwhile. Android users will upgrade to premium versions and buy IAPs but perhaps not with quite the same fervour as iOS users.

Basically it all boils down to massive downloads and making sure you maximise the revenue per download, hopefully in a non-evil way.

As with most sales stats, I'll add the caveat that your mileage may vary.

There are tons of different ways to make money but they are not equal and, of course, nothing is guaranteed. Therefore what I'd encourage you to do is find out what other people are doing, run some experiments of your own, and then pick the highest dollar per download systems that work for your games. Good luck.

If you'd like to share your own dollars per 1,000 downloads stats in the comments that would be awesome. Thanks.
You can get in touch with Jake via Twitter or find out more about Grey Alien Games on the company's website.