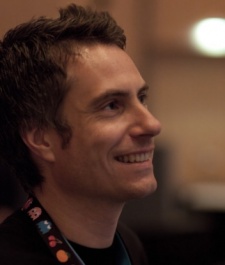 You can read part 1 of this series - Broken words and tall stories  here, and part 2 - Be reasonable and wag the tail  here.

Around 12 years ago I was working at PR agency Cake in London. They were good times: we had amazing clients like V Festival, Nintendo, Xfm, Evian and Rizla, the team was bursting with bright young things, and the bosses were inspiring.

I worked on the Evian account, and part of my job was to come up with interesting ways to make the press and public care about bottles of water.

The operational press office work was fairly light; there was no torrent of watery media enquiries to deal with on a daily basis. What this gave me was time on my hands.

I didn't realise until later just how instrumental this free time was in helping me come up with some of the best ideas I've ever had.

I suspect that Cake creative director Mark Whelan (the man responsible for the Evian "Live Young" tagline still in use today) has always understood the importance of clearing headspace for good thinking. He was extremely adept at fending off the daily work noise, not to mention those creating it.

I can still remember the moment. I was sitting at my desk with nothing but a blank sheet of paper in front of me, and I came up with the idea of Evian sponsoring one of London's iconic outdoor swimming pools.

The creative forces of Cake gathered around the idea and in a few months we had helped renovate Brockwell Lido.

In doing so, we generated a lot of consumer goodwill and turned the pool into a vast Evian billboard that became a landmark pointed out by BA pilots landing at Heathrow. 12 years ago there weren't many brands doing things like that in the UK.

This is a rather long introduction to make one simple point: you need space and time to think.

The problem is, in the years since I last had that luxury in such abundance, our hyper connected and supremely busy world has become very effective at nibbling away every last morsel of our free time and encroaching on every physical corner of our world. I don't think it's ever been so challenging to think.

Who am I trying to kid? I'm useless at giving myself the space I need to think properly.

If it's not email, it's Facebook, news sites, YouTube, you name it. On top of my smartphone, I bought a tablet a few months back, so now there isn't a moment in my day I can't fill with noise. I'm probably writing this as much for myself as anyone else.

Turn it off! Walk away! Yes John, I'm talking to you.

Ideas leap into my head at very odd moments, but it never happens when I'm staring at social media. So my extremely unscientific theory is that the more screen staring we do, the less chance we're giving ourselves of having great ideas.

My synapses definitely fire better when I'm walking to the shops, riding my bike, or just gazing out the window. My guess is that you're not too different.

Ideas feed all levels and all disciplines of business. While not everyone can be a human tornado of creative genius, everyone is capable of coming up with useful ideas, no matter how prosaic they may seem on the surface.

A lot of mine are just better ways to phrase a sentence, or a simple way to share some information within the team.

But should you ne looking to pool your ideas rather than going solo? Collaboration certainly is very fashionable, but that doesn't mean it's always effective - especially when it comes to thinking.

Last year I read a great editorial in the New York Times entitled The Rise of the New Groupthink. The thrust of the piece was that while group brainstorms have been a cornerstone of idea generation in business for decades, it's actually more effective to let people think on their own.

In the words of the article's writer Susan Cain: "Research strongly suggests that people are more creative when they enjoy privacy and freedom from interruption."

Having sat in on my fair share of directionless, uncomfortable, time-wasting brainstorms over the years, I tend to agree with her. That's not to say collaboration doesn't have an important role.

My view is that one person can come up with a good idea, but it takes other people to make it great.

Get to the point

So what has this got to do with PR?

It goes without saying that thinking is just as important in PR as any other area of your business. Every time a new game lands on your lap you need to jump through a bunch of thought hoops before you can start talking to media (or anyone else) about it.

Working out the most important features of your product, what's different about it compared to everything else out there, and why anyone should give a damn in the first place are all big questions that take time to answer.

More often than you might imagine, products come to us with some of these basic questions unanswered. I don't think for a second that people don't realise they need to be asked, but when everyone's so busy being busy (and easily distracted) even the fundamentals can be overlooked sometimes.

I'm rather of the opinion that most of these questions should actually be asked before the game is made at all, but that's another story.Knock it into shape

Thinking needs discipline. Ideas need structure and form. If they only exist in your head no one else can hope to understand them, let alone act on them.

There's an endless torrent of different matrices and other marketing cleverness you can use to present thinking, but personally I've never found any of them better than a simple, logical list.

Get it all down in black and white: product features, the most important messages you want to communicate, the consumer and media audiences its aimed at, and what your objectives are, both in terms of broad business objectives and specific PR and marketing goals.

Not that any of this is especially easy. It's amazing how agonising it can be to come up with a decent positioning statement sometimes. It's more than a description.

The idea is to end up with a single succinct sentence (with a sprinkling of alliteration if that's your thing) that sums up with elegance and impact exactly what makes your product better than and different from the competition.

All the endless vacillating over word order and adjectives is worth it. A good positioning statement informs all your communication, from packaging and advertising right through to PR and social media.

Once you've got all that you can dive into strategy and tactics. I can't count the number of times I've seen these two mixed up. I always explain it by saying that strategy is the path and tactics are the steps along it.

An example might be a strategy of integrated PR and advertising, with your concrete tactics being to buy advertising specifically on websites that support your product with editorial.

Strategy and tactics need to directly answer your objectives of course. If they don't then something's gone wrong somewhere, so go back and think again.

I mentioned this in another piece, but when you're marketing a product, one of the best ways to work out what you should be saying is to write a press release.

Even if you've never written one before (c'mon, it's not that hard) and it's completely re-written later, it's a great way to help you nail down what your product's all about and what you want to tell people about it.

A mock press release can also help if you're struggling with your positioning. If you've iterated enough and ended up with something you're happy with, there's likely to be a sentence in the subtitle or the first paragraph that, with a little tinkering, could easily become your positioning statement.

A little thinking, and before you know it you've got the whole thing buttoned up.

So next time you see a colleague staring into space or sneaking off to "get some air", don't berate them. They might well be thinking about what to have for dinner, but they could just as easily be sparking the germ of an amazing idea that will catapult your business to the next level.

And don't feel guilty about gazing aimlessly into the middle distance once in a while rather than being incessantly glued to your inbox and Facebook. It's not only good for your soul, but it's good for your PR, your marketing and your business.

I just did it. I stared out the window. And I came up with the last line of the article. You see? It works.
If you're visiting Gamescom this August, stop by the Cosmocover stand (hall 4.1, booth B-023) and say hi to John and the team. A warm welcome guaranteed.