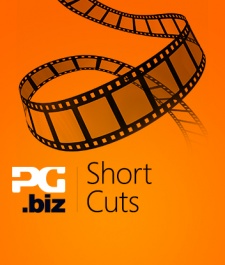 August 14th, 2013 - 09:18am
By Peter Willington
Recently, PocketGamer.biz took a trip up to Dundee to sample Dare ProtoPlay  the UK's leading indie games festival, which runs in August every year.

As well as speaking with fresh and emerging talent from across the country, we also ran into some of the industry's most established names.

Naturally, we couldn't resist digging out our (suitably lo-fi) video camera to film some of these encounters, laid out for you below.

Said interviews provide just a snapshot of the new faces and exciting concepts that made the journey up to Scotland each and every year.


Cosmic Couch is being made by four artists and one programmer. Development is mayhem, surely? Apparently not, according to artist Daniel Robinson.

Puzzle platformer The Unknown is being made by a contingent of Asian students with one Scottish ambassador. Neil Cullen talks about the positive aspects of culture clash.

Team DOSSize DOS Matter is one of the most promising rhythm action games currently in development, and one of its creators - Mattis Delerud - talks with PocketGamer.biz about freemium indie Bemani games.


Solar Flux is the name of Firebrand's new physics puzzler, and it's shaping up to be excellent. Clive Lawrence talks about making their own IP an iPad-only release.

Showing "massively single player rogue-like RPG" Dungeon Run (in collaboration with Proper Games) and the retro-inspired I Am Level (an independent production), Stew talks influences, and working as an indie.

Here's a unique question: could games be used to alleviate eyesight issues amongst the elderly?

Lecturer in psychology Dr Kenneth Scott-Brown from the University of Abertay Dundee thinks he may have the answer with Tapology.