Opinion: Don't drop the beat - why you should care about your game's audio 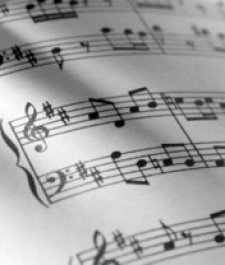 August 26th, 2013 - 02:15pm
By Matthew Diener, US Correspondent
I want you to take a moment to think about your favourite video game music - whether it's the iconic Final Fantasy victory fanfare or the sweeping majesty of Uncharted's 'Nate's Theme'.

Hum a few bars, it's good for the soul.

Now, I want you to close your eyes and think about your favourite video game music from a mobile game that isn't the Angry Birds theme.

For all that it's accomplished over the past five years, mobile gaming has almost completely failed to deliver memorable musical themes - and that's ripe for changing.

Two turntables and a microphone

For many developers, audio is an afterthought.

It can be expensive, there's little quantifiable evidence that it will help app sales, and it's easy for players to flip the mute switch on their phones.

But if audio is handled properly, and integrated with care, it can provide a powerful engagement and discovery tool to keep your app fresh in the minds of gamers.

Consider the Angry Birds example I mentioned - while many of us have moved past Rovio's flying fowl as our preferred means of mobile entertainment, we've all heard the Angry Birds theme innumerable times and could probably sing it in its entirety if forced.

Further, when we're out in the wild and we hear the first four notes of the now-iconic theme, we know that someone is playing Angry Birds and our minds pull up all sorts of images and memories associated with the game.

It's a powerful hook, and one that was accomplished with about 10 measures of music in 4/4 time.

Band on the run

Of course, not every game has the budget to enlist the talents of composers like Nobuo Uematsu, Grant Kirkhope, or Greg Edmonson, but it doesn't need to in order to create a memorable hook.

Before the indie games scene exploded, the indie music scene was already crowded with talented musicians looking to make names for themselves. This immense talent pool still exists today, with plenty of new, game-friendly genres like chiptune music being well-represented.

The synergy between a rising indie game and a rising indie musician seems obvious, as both can help the other amass exposure, fans, and - ultimately - money.

In order to succeed, however, expectations need to be managed.

Mobile gamers aren't looking for a 60-track OST to accompany a new puzzle game, but a memorable theme and some compelling background music can do wonders to immerse players in a game.

While it might seem like an ambitious claim, sound effects stick in our memories as prominently as melodies do.

Think of Mario jumping to hit a coin block or the high-pitched whine of Portal 2's turrets, and you'll have a good frame of reference for the sort of effect you're after.

If your game features a signature action - like collecting coins or jumping over obstacles - then there's an opportunity to create a memorable sound effect.

And once the game takes off, these sound effects can also be released as SMS or alert tones for players to install on their phones and tablets - thus broadening the game's reach.

Ultimately, it's up to you not your budget to decide how big of a role audio will play in your mobile game. There's been plenty of success without audio, so you may decide to go without it.

That's a choice you can make - but if you want your game to stand out from the pack, and perhaps linger in the minds of gamers for years to come - make sure your game appeals to both the eyes and ears of your players.