It's now generating more than $1 million per month 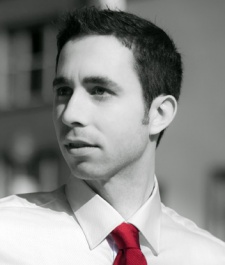 Jori Pearsall is director of product at GREE International.

What happens when you combine cutting-edge game mechanics with a fun and approachable RPG theme?

That's exactly the question GREE and IUGO Mobile Entertainment set out to answer in our first collaboration.

IUGO has a track record of making high-quality mobile games loved by their players, such as Lil' Pirates and Animal Academy.

When they approached us with an idea for a fun-loving adventure RPG set in medieval times, we jumped at the opportunity to work together.

GREE has a history of producing commercially successful free-to-play games both in the US and internationally, due to our focus on game analytics and operating games as a service complete with regular live events.

These complementary strengths created a synergy that was too good to pass up, leading us to embark on our first project together.

The result of this experiment is Knights & Dragons - which was developed in collaboration with IUGO and launched on the App Store in December 2012.

With a rare combination of addictive gameplay, strategy and social collaboration, this game has been a hit with fans, maintaining a 4.5 star or higher rating on the App Store since launch, and it's been a top 20 top grossing game on both iOS and Android

In fact, by the end of April 2013, Knights & Dragons ranked as the #1 RPG on the App Store in 20 countries and was described by notable outlets such as Forbes as "a refined mobile RPG", proving that we were on track to achieving something great.

Knights & Dragons has also been a commercial success, consistently generating over $1 million in revenue per month on iOS alone for the GREE and IUGO partnership.

This rise to the top was not an overnight success, however.

This was accomplished by setting up and analyzing player funnels, and monitoring each step of the tutorial individually to observe player dropout points.

With dropout points identified, the team revamped ineffective steps, eliminated non-essential actions, and doubled down on familiarizing players with the actions most critical for future success in the game.

For example, we noticed a significant number of players were dropping out at the character customization step. By moving this step later in the tutorial and adding an auto-complete option we allowed players to continue through to the more addictive combat and armor crafting steps unhindered, saving customization for more committed players.

Similarly, we realized players did not need to be guided through basic actions such as buying a building and so moved these actions from the tutorial into post-tutorial quests.

This not only reduced tutorial length, but provided some familiar structure to the first time player experience.

We also decided to give players more rewards, allowing them to more easily upgrade their knights and quest farther into the game. By being more generous, we were able to drive longer and more engaged play sessions on day 1, which in turn led to better long term retention rates.

While some developers may be wary of giving out too much premium currency or overpowered items, we have found that it pays off over the long run in terms of both retention and monetization by creating more committed players.

By improving the first time player experience, tracking user engagement across events and optimizing weekly battles and tournaments, player retention over the first month improved over 50 percent between December 2012 and April 2013.

Coupled with improvements in monetization, these collaborative iterations made all the difference between a game that would have had difficulty breaking into the top 100 charts and one that recently was top 17 top grossing on the US App Store.

Although there were some challenges along the way, such as coordinating internationally between GREE's office in San Francisco and IUGO in Vancouver, Canada, Knights & Dragons showcases the potential of smart partnerships between GREE and smaller game developers who have a track record of quality.

Indeed, GREE and IUGO are embarking on new projects with even higher expectations, including the recent launch of Knights & Dragons on Android and collaborating to push the envelope further on new high potential games.

At GREE, we are currently looking for developers to work with through the GREE Partners Fund that are willing to aim high and set the bar for the future of mobile gaming.

A collaborative spirit, ability to iterate quickly, and passion for both data and user experience are critical components that have proven to lead to success. The potential of a synergistic partnership is immense, as evidenced by GREE and IUGO's shared success with Knights & Dragons.

Looking forward, I'm excited to see what is yet to come!

For more information about the fund please visit: www.greepartnersfund.com Reply
Alvin Foo
I'm glad that u make knights and dragons, and its wonderful, I hope u could take away the rare and ultra rare armor out of the 30 gems box and put more legendary and epic armor in it, so that we would feel more happy playing it
Posted 8 years, 6 months ago