Opinion: BlackBerry's demise offers no satisfaction for those of us who knew it was game over

Feels wrong to be proven right 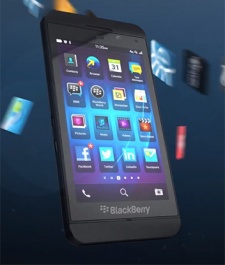 September 24th, 2013 - 12:17pm
By Keith Andrew
"I can't help but feel this shift in RIM's focus  taking on Apple squarely in the app and latterly games market  is being done somewhat reluctantly.
"If, contrary to my belief, RIM is serious about taking on Apple in the games market, that's a battle it will lose.

"No matter how much courting RIM may do of iOS and Android developers at events, consumers are unlikely to rush to buy a BlackBerry handset to play games they've previously played on rival handsets six or more months ago."

Said quotes formed the rump of an editorial I penned back on 4 June, 2012 where I advised BlackBerry  then boosted by the reveal of BlackBerry 10  to step away from the mobile games market and an inevitable fight with Apple.

For a company that had built its platform around handsets designed for enterprise to suddenly switch focus and take on one of the industry's dominant players in its own backyard made no sense to me whatsoever.

Over a year later, it's utterly unsatisfying for the resolution I predicted  a BlackBerry left in even more dire straits than it was back then  to be proved correct.

Make no mistake, Fairfax's $4.7 billion buyout isn't about saving BlackBerry. Rather, it's about buying the company some time and making it a more manageable meal for those hungry to strip it down.

To be fair to BlackBerry, however, it's not as it it hasn't tried during the last year or so.

Indeed, the one area where I may have been wrong about the company during said opinion piece was my belief that it was reluctant as an organisation to embrace the alien world that is mobile gaming.

Anyone who has attended a mobile gaming event of any size during the last 12 months or so will have likely encountered BlackBerry. They'll have seen a company eager to listen and meet the needs of the development community.

BlackBerry has made every effort to reach out to the developers on a face to face basis.

Only a few weeks ago in Vancouver, I witnessed first hand the goodwill BlackBerry received from developers at Unity's annual conference as the Canadian giant looked to form connections with the indie scene.

Indeed, when I questioned him, BlackBerry's games head Sean Paul Taylor even had warm words for the company's closest rival, Microsoft, almost pitching the two firms as brothers in arms.

"Where is Apple? Where is Google? Neither of them are here at Unite, but we are," said Taylor, pitching BlackBerry and Microsoft as the two players listening to the developer base rather than dictating to them.

"And there's only going to be more competition. We heard in David's keynote, we've got other new platforms to come as well as us and Windows Phone. There's Tizen, there are others too."

Taylor was right - there will indeed be others. But, like webOS before it, it looks as if the arrival of new players will coincide with the departure of old ones.

BlackBerry's role in mobile gaming had come to an end, even before this proposed buyout was revealed to the world. After yet another round of staff cuts, the company revealed it would be pulling back from the consumer market and streamlining the number of handsets it sells.

As we understand it, the recently unveiled BlackBerry Z30  bizarrely revealed to the world during a week when everyone connected to mobile was going iPhone 5S mad  is a last ditch attempt to simply shift some handsets and grow BlackBerry 10's userbase. 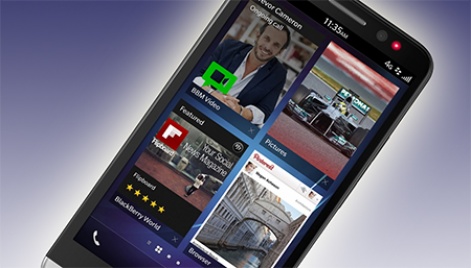 The irony is, though a focus on games was never going to sit well with the BlackBerry brand, both the Z10 and Z30 look like competent, slick devices.

Had BlackBerry been able to see where mobile technology was heading even a year before it did, there's a chance such devices would have been able to find a stable audience.

What happens now is unclear, however, though the suggestion that BlackBerry will be sold off in bits and pieces rather than to one major player seems ever more likely.

The only thing we can be sure of is that, for BlackBerry, the game is well and truly over.