Opinion: BlackBerry's collapse could transform Canada into the next Finland 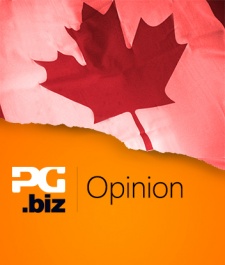 To the untrained eye, it'd be easy to think Canada's future role in the global mobile industry is looking quite grim.

The recent turmoil at BlackBerry - the giant's monumental losses and subsequent sale - have given The True North something of a black eye.

Sure, BlackBerry's made a valiant effort to reassure its customers that it's debt free and in it for the long run, but those are hollow words both for the 4,500 employees laid off from the Ontario tech titan at the beginning of the fall, and the developers that had backed its move on mobile gaming.

You may feel badly for those employees - and certainly our sympathies go out to those looking for a job - but don't feel all too badly for Canada.

This surplus of talented and skilled employees might soon replace logging, oil, and delicious maple candies as the country's most important economic asset - and they could even transform The True North into the next Finland.

At first blush, this might sound like an odd claim to make as Canada and Finland don't share much in common on paper other than publicly funded health care, a similar latitude, and a preponderance of English-speaking engineers.

But a quick look back at how Finland become a mobile gaming powerhouse reveals a rather close ties to Nokia, a company which cast a long shadow over the whole of the country similar to RIM-turned-BlackBerry's prominence in Canada.

For decades, these two giants stood as representatives for their nations tech sectors and were the driving force behind much their economic prosperity in that arena.

As such, both Nokia and BlackBerry both attracted a certain caliber of skilled individuals to their respective nations.

Yet it's arguable that it was Nokia's fall from grace in 2003 all but jumpstarted the Finnish games industry when a lot of very talented engineers were suddenly turned loose in a country with a booming tech sector.

While certainly not everyone cut loose from BlackBerry recently has the skills and desire to succeed in the games industry, it would be an understatement to say that games studios in Canada - both large and small - will be spoiled for choice when it comes to hiring decisions.

And it's here where Canada has an advantage over Finland.

Unlike that particular Nordic powerhouse, Canada already has a thriving games scene for BlackBerry employees to find a home in.

Ubisoft, EA, Eidos, Warner Brothers, and Rockstar all have a presence (or presences) in Canada, with new companies - like Namco Bandai - opening offices in Vancouver and Montreal seemingly every quarter.

But it isn't just the big players that will likely snatch up the former BlackBerry staffers. Canada is currently seeing a rise in indie studios thanks to incubators like Execution Labs and educational institutions like Vancouver's Centre for Digital Media.

Both of these example outlets show Canada's commitment to establishing a name for itself in the global gaming scene with homegrown, north-of-the-border talent.

While Canada's indie studios might not command much of a following just yet, they may eventually grow to the point that they'll disrupt Finland's hold mobile gaming.

Sure, they'll need a great game and a healthy amount of luck to be the David to Finland's Goliath, but one thing they won't be hurting for is skilled personnel to help make their ambitions a reality.

So don't feel too badly for Canada's tech sector. History suggests it'll be okay in the long run.

You can read our week long look at the mobile development scene in Vancouver here.