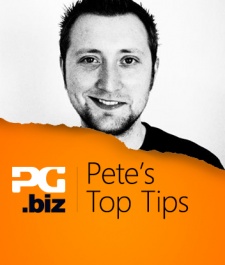 As you'll no doubt be aware if you've attended one, mobile conferences are a superb place to meet with the greatest minds from within the mobile industry.

Get a bunch of mobile business sorts together, stick them in a few suites in a hotel or in a conference centre, et voila: networking gets done, deals get brokered, and slightly iffy coffee gets drunk.

Yet at every conference you go to you'll find the same archetypes of people, without fail.

This, then, is the definitive list of the ten kinds of stereotypes industry bods live upto. There are some variations of course, but by-and-large each person you'll meet falls into one (or more) of the categories below.

Always running late to meetings because they've underestimated the amount of faff time that should be included to navigate the human mazes that are conference floors, these lot are always wired with coffee and/or other legal stimulants.

They're often very stressed and, by the end of the event, very much worse-for wear. Strangely though, they're one of the very few on this list that are proud of the category they fall into, taking great delight in telling everyone they meet just how busy they are.

Most likely to say: "Sorry can't stay and chat, I have an appointment with Agitated Avians Inc in five, then a meeting with Megajail at two thirty, and - if there's time - a very late lunch with UnnaturalMovement at three".

Turns up to every party on the calendar, scoffs the free nibbles, quoffs the free drinks, and when the bar's dry heads on to the next shindig.

These one's are easily identified, as by the morning of day two, of each event they're looking extremely dishevelled and faintly, but persistently, smelling of a heady concoction of hard spirits.

You might be tempted to feel sorry for them when they complain about their hangovers, but don't be - they knew the risks when they started drinking.

Most likely to say: "yeah, yeah your monetisation platform sounds great, but where are you headed after this?"

They're a cheerful-enough bunch, but they don't fit the standard mold for games industry types. They're either far too attractive for this business, or are a lot older than everyone else in the room, or give the impression of being homeless, or have a permanently puzzled expression, or just don't quite look like they belong.

Say "hello" to these ones, they're usually the most interesting ones in the room.

Most likely to say: "Well my day job is coding, but at night I breed pedigree fruit bats"

The personality doesn't actually have much of a personality, but he (for it's usually a he) certainly thinks he does.

He sports a fedora/monocle/1920's moustache everywhere he goes, and is louder than everyone else in the room combined. But look past these "ker-azy" items of clothing/facial hair, and you'll find a pretty regular human being just bursting to get out of the tweed jacket.

Most likely to say: a catchphrase from a slightly-dated TV show (at the top of his voice)

The straight and narrow

These ones seem a bit distant from everyone else, perhaps even a little cold, but it's nothing personal - it's just that they're only there to conduct business.

Which is fair enough of course, these are business events after all.

The problem is that, while most sensible people will head to at least one or two parties to do a - genuinely very useful - bit of mingling and after hours networking, this lot miss out. Whether it's wanting to look professional, or an anti-social slant, you sadly won't remember this lot by the end of the show.

Most likely to say: "No, I'm not going out tonight, I need to be up for an important 9AM meeting with Paddleyo Planets" which will be re-scheduled at 8:55AM due to "a strategy call from Finland", otherwise known as a raging hang over.

No one likes the jerk, that's why they're called the jerk.

They're obnoxious to the staff at the event. They immediately look at your name badge to see your company name to see if you're worth acknowledging. They always make nasty comments about the food, foreigners and females at the event. They break appointments with you and give you no warning.

They're also, I hate to say it, usually native English speakers, and hold a position of power at a decent-sized company.

Most likely to say: To you? Nothing, you scum.

Scarves. Designer glasses. Ultra fashionable hair cuts. A pervading sense of hipster-chique - just a few of the unmissable signs that you're looking at a cool kid.

They come in various flavours: the indie studio lead everyone's talking about, the newest member of Nentindo's social media marketing team, the section editor of the hottest new indie publication.

However, they all have one thing in common: they all know each other, and later they're all headed to an exclusive party you hadn't even heard of.

Most likely to say: "Have you seen our new game? It's about a Russian cosmonaut coming to terms with the death of her mother by going through an existential crisis, all played out to a chip tune soundtrack."

You can tell who your BFF is by the fact that you will talk/nod toward/wink at and otherwise exchange pleasantries with them every few hours of every single day of the show.

This needn't be a bad thing - it's nice to have a pal at a conference - but the BFF can also want to chat with you at an inopportune time.

You might be in the middle of a meeting, or waiting in-line to get some face time with a speaker, or delicately negotiating a contract, when The BFF will come out of nowhere and start chatting to you as if tens of thousands of dollars aren't on the line.

Most likely to say: "Hey man" to you a thousand times over three days.

Similar to the straight and narrow, in that they're here to do business, the big difference with the hard seller is that having a proper conversation with them is impossible.

There's always a hidden agenda to each meeting they make, always an angle to talk about their latest line of services, always a company line to tow.

Ironically, the longer these folks are in the business, the less effective they are at their jobs, as people tend to remember their faces and avoid speaking with them whenever possible.

Most likely to say: pretty much anything, as long as it'll make you part with your money.

Fresh faced? Wide-eyed? Bursting with energy at every hour of the day? Excited about telling everyone about your product? Fumble nervously when attaching your tag to your lanyard at registration? You're probably the newbie.

Newbies are great to begin with because they remind us of the passion we once had for the business. Their happiness "just to be here" is absolutely infectious, and early on they're the most popular kids in the playground.

But by the fourth day of the show, with everyone tired, and aching, and yearning for the comfort of their beds at home, the newbie is utterly exhausting to be around.

Don't worry too much if you think this might be you: you'll have all the enthusiasm crushed out of you by next year.

Most likely to say: "Are you going to this talk? Or that talk? Where are the toilets again? Want to meet up for lunch? Fancy getting a coffee now? Are you going out tonight? What parties have you got invites for?..." and so on. 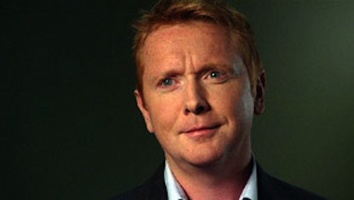 Reply
John Griffin CMO at GameSparks
Hmmm ... I think i fit into several of these ... newbie, hard seller, BFF (maybe but really really hope not) ... however if I have to pick one its the party animal. Being of strong celtic heritage I am blessed / cursed with that one ...
Posted 6 years, 8 months ago

Reply
Keith Andrew
Jon's the personality. He greets everyone he meets with a loud "hey girlfriend!" and also insists everyone in the room should high five him.
Posted 6 years, 11 months ago 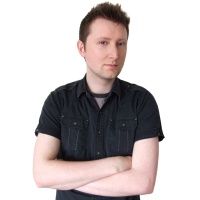 Reply
Peter Willington
I'm the Busy Bee, without a shadow of a doubt. Everyone's busy at the events, but I take a bit too much pride in that fact. What about you?
Posted 6 years, 11 months ago

Reply
jon jordan
Peter, answer your own question. Which one are you?
Posted 6 years, 11 months ago