Fed up with tricky cross-platform development and overcrowded app stores? HTML5 is coming to the rescue 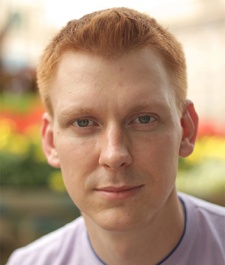 Over the course of the last few years, there's been endless debate about the power and potential of HTML5 as a serious platform for mobile games.

As things stand, much of that potential remains unproven. That hasn't stopped us, Hamster Hunter Studio, from embracing it, however.

Snail Bob is our baby  a game we started making back in 2010 as a casual Flash games for the browser. Three years on, the franchise has expanded beyond Flash to foster native mobile releases. What's more, we're also just about to embark on developing HTML5 versions.

Why? Because HTML5  open as to question as it may be  still represents an opportunity for developers that's just too good to pass up.

When we started out developing Snail Bob, we had no specific plan. Instead, we let a free flow of creativity lead us as we designed the game.

In the end, it turned out that this random innovation, creativity and ideas endeared the game to players and helped it amass fans  enough for us to build a fully fledged franchise.

Doing so, however, has thrown up one or two problems.

Imperative when building Snail Bob out as a franchise was the need to ensure we were able to balance the cost and time of development with ensuring players were treated to the quality of gameplay they'd become accustomed to.

Likewise, to be able to build new audiences and reach more players, ensuring playability of our games from all the various devices players use to access then, would help us achieve all of the above.

Without referencing specific figures, it's clear more and more gamers use their mobile to play games, and this is something we haven't ignored.

As a result, Snail Bob has just launched on iOS, but looking ahead, HTML5 offers a more universal solution, taking the time and hassle out of cross platform development as the 'develop once' solution for all platforms.

That's something we are extremely keen to explore. The ability to build once for all platforms is one that pricks the ears of developers everywhere, but still many question whether HTML5  and its apparent current technical limitations  is a viable alternative to native development.

Outside of the debate that rages over which mobile platforms to develop for  iOS and Android the current leading players  there are some clear facts that stare us in the face.

Namely that attempting to work on both platform requires developers to be compatible with two operating systems that are defined by the different rules and instructions of the companies behind them, Apple and Google.

What's more, the competition for visibility on the crowded apps stores is only getting worse. Whatever you think of HTML5, it's undeniable that it offers an alternative to all of this.

HTML5 allows development on a non-proprietary and familiar technology that supports multimedia like videos and animation with great UI capabilities and gestures such as swiping, tapping, dragging, and dropping.

It's built to support mobile devices without the need to create and support different apps and no marketing restrictions in the shape of app stores.

When we started out with Snail Bob we created a number of unique animations per character, per level. This meant we could fill the game with variety that, hopefully, would please the player.

This, of course, demanded unique code for each behaviour. Often that code is used only once in a game session, meaning we could spend several days on one level that the player completes in a single minute.

To cut a long story short, we couldn't continue developing in this way because it was dragging out the game's development time. And so our compromise was born: programming different game objects that were defined by different scenarios.

These ready-to-use game objects were utilised in such a way that resulting in them acting almost entirely differently to one another, leading the player to believe each level was unique.

The reduction in programming time was considerable. However, the requirement to develop additional native iterations for the mobile audiences has meant the development resources was once again increased.

As a result, embarking on HTML5 development is an experiment to see if we can cut development time and manpower back down again.

It's akin to single platform development, freeing us up to do what we love - coming up with new, exciting and innovative game mechanics for the players - as opposed to having to develop various iterations for platforms and constantly re-develop for OS updates.

All this is necessary because it's our belief that you should build your games for as many devices as possible. It's the key to accessing vast audiences, and one held by our publishing partner, Spil Games.

We've been working with Spil on the browser iterations of our games since 2010 and, in this time, have enjoyed open access to its 180 million monthly active users. As a result, Snail Bob boasts more than 600 million play sessions.

The decision to support HTML5 was also made easier due to the fact that Spil Games is a noted HTML5 flagbearer, as was able to offer us unparalleled help.

Ultimately, as an indie developer we want to be able to explore all avenues and utilise approaches that work for us a studio, for our brand and, most importantly, to allow us to access the audience and revenue potentials.

At the moment we are very much at the exploratory stages and are by no means downing tools on other development platforms.

We are lucky enough to have the option of HTML5 development with Spil Games that allows us freedom of development without complication, coupled with the marketing power and mass audiences it brings.

In our minds, if you're an indie developer and you want to give yourselves and your game the best chance of reaching mass market audiences, it's a no brainer to dip your toes into HTML5 development.

By definition, making your game as accessible as possible, as cross-platform as possible and as easy to develop as possible can only aid you as a developer and the chances of your game.

HTML5 development. Why would you not?

Andrey Kovalishin is the co-founder of Hunter Hamster Studio, the developer behind Snail Bob.

How we successfully monetise around Snail Bob's cliffhanger moments