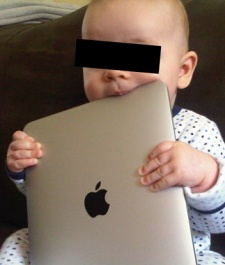 Bingo! Finally I've found a game that completely appeals to me.

I honestly didn't know these sort of games existed; it's not like any other mobile game I've played. Unique, intelligent, non-repetitive, nicely designed and with an end within reach.

It probably doesn't come as a surprise that it wasn't a free-to-play game and it didn't have any in-app-purchases. Maybe more surprising is that it wasn't expensive to buy either - £2.49 ($3.99) - an extremely good price considering the amount of pleasure it offered.

It's a literary puzzle game about a woman called Anna, who wakes up on what she believes is an island, where she is faced by various problems. Each one has to be solved in the right order before she's able to move forward.

With its uneasy undertones, the storytelling is more atmospheric than most games I've played.

It certainly requires an alert and literate player. As English isn't my native tongue I got confused at one stage. I didn't hear what one of the stuffed bears was trying to tell Anna, but that was easily sorted by asking one of my English friends.

Apart from that, the language is uncomplicated and pretty straight forward.

Each level consists of problems that need to be solved in a specific order.

Every element follows a logical pattern, though at some stages I'm required to use more of my imagination than reading skills, and other times I have to figure out the clues by just listening. In other words, not everything is written in black and white.

But don't let that fool you into over-complicating things. That can easily mess up your brain and make you start seeing things that aren't actually there.

"Whatever is known to us by consciousness, is known beyond possibility of question", wrote the liberal philosopher John Stuart Mill in A System of Logic, and that's a good rule to keep in mind.

At one point I have to admit that I was on the edge of cheating and going online to find a solution to one of the levels but I held back.

I sat down in a quiet room for another hour and I finally got it. My advice is that you devote time to this game. Doing this gives you a lot more pleasure than trying to rush through it.

Also, you know what I think of cheating and how awful I would have felt if I knew I hadn't solved it on my own. Call me OCD, but I'm highly satisfied that I did.

That said, it did take me a while to grasp the first couple of levels. But once I got the hang of it, everything got a lot easier.

For instance, I'm that Super-Mario-Bros.-traditional and inexperienced regarding 21st century gaming that I didn't understand at one stage what appeared to be the end of a level, wasn't the end. To me it was new that you not only can, but actually have to go back, move forward, go back again to be able to solve the levels.

Another highlight is DEVICE 6' retro design, which is fantastic and with its black and white photos, red details, bowler hats and old radios reminded me of The Saint and Mad Men.

In combination with the spooky background music, deep voices and weird noises, it's hard not to get totally sucked in by the atmosphere.

I'm thoroughly pleased to finally write about a game that excites me so much.

I actually don't think there is one bad word to say about it. Whether that's down to naivety and beginner's excitement, I don't know and it's not really relevant. I simply loved DEVICE 6 and for the first time I have a hungry feeling.

I definitely have to check out all the previous and future games from its developer Simogo - I guess the score can't get any better than that.

There's a strong argument we're too close to the mobile games industry to experience all its nuances. That's the thinking behind our regular columns from the Newbie Mobile Gamer. You can read more here.