On the offensive: The making of Anomaly 2 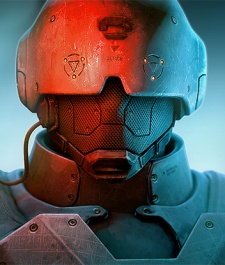 Though both platforms are able to call on an ever-growing base of indie developers, the PC and the smartphone aren't necessarily natural bedfellows.

Scan their respective marketplaces, and the games that crossover are a point of interest rather than an industry standard.

The difference in power of the hardware behind them and the vastly different methods of control means attempting to launch a game across PC and mobile is no easy undertaking.

Polish outfit 11 Bit Studios, however, is one of the developers that has built bridges between the two formats. Founded in 2009, 11 Bit already has five games in its portfolio  three of which are games in the Anomaly series.

Like many of the studios that grace a PocketGamer.biz Making Of, 11 Bit Studios started out small, with six people on board. By the time the first Anomaly game hit Steam and iOS, that number had doubled.

Indeed, as things stand today, 11 Bit Studios is a 31 strong team  and it's still growing.

The first Anomaly game, Anomaly Warzone Earth, was developed simultaneously for PC and iOS, but mobile hardware at the time meant that both versions were almost entirely different.

They took place in the same universe of course, with similar rules and systems, but the games sported different campaigns and - obviously - controls.

"Design director Michal was convinced it would only makes sense if the game was re-designed for different platforms," says Rafal Wlosek, Anomaly 2's lead designer. "The PC levels were too big, so mobile levels were adjusted, enemies had to be changed, such as how they function etc. All this required complete game re-design."

This wasn't as much of a problem when it came to making the sequel, however.

"Mobile devices now are far more powerful and capable of running full PC-levels on a tablet or smartphone," says Maciej Sulecki, Anomaly 2's mobile designer. "The controls have been remade again, however, to work great on a touchscreen when compared to mouse and keyboard system."

11 Bit Studios has a passion for the strategy genre, and everyone who works at the outfit appears to have a love for traditional tower defense games.

For the first Anomaly game, 11 Bit wanted to make a tower defense game where the player, instead of defending an area, controls the attacking force.

"We are big tower defence fans," says Wlosek. "But we definitely wanted to do something fresh in the genre. We knew that if our studio wants to shine at the beginning we have to create something original. Plus, we can deliver great quality - I mean visuals and audio - here, so altogether it gave a birth to pretty unique game.

"Mostly it was the design director's concept. He's been playing a lots of Defense Grid and one day came up with this idea: let's make it completely opposite [to the genre standard] with full consequences.

"Having control over the creeps, planning the route for the creeps and then the added extra features like the abilities to support the creeps, tactical map and so on."

This vision was achieved without the use of third-party middleware.

Instead, 11 Bit used its own in-house 'Liquid Engine'. Tailored and tweaked so it behaves exactly as the studio wishes, it's also multiplatform, which makes porting to consoles and other operating systems a possibility in the future.

The engine also has another added bonus: it allowed 11 Bit Studios to produce detailed and beautiful visuals across all platforms.

"Not only we are modern devices fanboys," Wlosek adds, "but we also believe there's a big bright future lying ahead for mobile devices. Plus, if we can make high-quality visuals, why shouldn't we?"

On lesser devices, the complex visuals can lead to drops in frame rate, but 11 Bit Studios plans to keep improving performance across devices as time goes on.

"Any game from our studios goes through a lot of iterations and updates," says Wlosek. "Initially, Anomaly Warzone Earth was a more demanding game than the current version, which has been updated more than 15 times.

"And of course Chillingo was in the process as well, having its QA guys working on polishing the game. Ironically - when it comes to Anomaly 2 - there was an update to iOS 7.0.3 while the game was waiting for launch, and this update seems to be very memory-consuming.

"It was bad news for the game, which is super-demanding itself. So we've made already three updates to optimise the memory managements and I'm certain we'll be creating another one."

There's undoubtedly an attention to detail in the creation of the Anomaly series that goes beyond optimisation through patches, however.

This detail can be seen in the way Anomaly 2 is visually distinct from its predecessor - bathing the cityscapes in a blue hue with its post apocalyptic vision, compared to the bright palette and sandy towns of the first game - to the gameplay itself, with layer upon layer of tactical nuances.

Another visual difference from the first game  and one that isn't purely aesthetic - is in how your Transformer-esque units can morph into different vehicles entirely. This was added due to a desire to make it more difficult for the player to settle into a rhythm with their favourite units.

"The idea emerged when we were designing Anomaly 2 and looking for fresh mechanics to make something different to Anomaly Warzone," says Wlosek.

"We wanted the game to get a new tactical layer. It's a also a response to feedback from gamers that it was possible to have one squad to beat entire game in the first Anomaly.

"In Anomaly 2 it's not possible - you need to morph your units often, reshape the squad, or even create the squad consisting of entirely different units. Thanks to the morphing mechanics there are ten different units instead of six, so creating different squads is easily possible.

"The mechanics are based on a clear rock, paper, scissors rule and it's visible by how every unit and enemy behaves instead of hidden damage parameters. The same rule has been applied to multiplayer where each tower is a response to a specific human unit and vice versa.

"The creation of these rock, paper, scissors mechanics took a lot of time and testing and brainstorming. For example, there were around eight prototypes of a charger tower before finally we created the one we were happy with."

Other elements of play, however, were even more taxing. 11 Bit believes the multiplayer component accounted for around 40 percent of the team's workload, essentially acting as a whole other game alongside the main campaign.

But 11 Bit had a goal. It wanted to create a multiplayer component that wouldn't just aid longevity, but one that would also enable players to gain experience within the Liquid Engine for future projects.

As such, additional multiplayer content is inbound, and 11 Bit will be looking out for feedback so it can react accordingly.

"We have made a system to gain and analyse data on how people play in order to balance the game and gain experience," says Wlosek.

If that sounds like a time consuming exercise, consider the difficult 11 Bit faced working on different approaches to game controls for the PC and mobile versions.

"Along with the porting from PC - where the game was re-done for touchscreen gameplay - we had to rebalance the game and the multiplayer," says lead mobile designer Sulecki. "Plus, a lot of work went into gamepad support implementation.

"Also, on Android, we've created Anomaly 2 Benchmark to gain data to prepare the game for 4k devices that are out there on the market now. It's been a pain in the ass for the programmers but they did a great job."

The game also comes with multiple difficulty settings, all of which needed to be balanced so that the game could be played by players of any skill level. The publisher, Chillingo, aided efforts by supplying QA testers who delivered feedback for each iteration.

Indeed, the Polish studio reports a good relationship with its publisher. Having signed up to work with other, larger publishers in the past, Chillingo is the only outfit 11 Bit has used more than once.

"The easiest one doesn't require too much squad changing and you can finish the game with one tactic. The tests proved that many people prefer to play with their favourite squad."

This is why 11 Bit made this difficulty possible to complete with the same squad and tactics each time.

"On the other hand, Anomaly Warzone Earth hardcore fans were asking for challenging, tactical game and thus we've made Nightmare mode," says Wlosek.

"It's not only harder, it works differently because you have to invent tactics you would never think of playing on the casual difficulty level - and there are plenty of those to discover.

"An example of advanced tactics is using three Shadow Servants and fully upgraded Hellhounds. - or rocket hammers - to deal maximum damage. The squad is very vulnerable, but it has so much damage that you can destroy towers before the cloak [produced by the Shadow Servants] wears off."

There are plenty of other, just as viable options and 11 Bit Studios want the game to be appealing to both the casual and the hardcore markets.

Although strategy is often a tough sell for the casual gamer, 11 Bit Studios wants its game to be accessible to all. Growing its audience, the studio is thinking ahead.

It's a smart tactic, as 11 Bit Studios is currently working on three new games, with the studio split between three smaller teams.

"After creating the Anomaly games, we're looking into new directions, new gameplay ideas," says Wlosek. "But, of course, we are still strategy gaming fans and we're still experimenting with this genre."

If Anomaly's tower-defence-turned-on-its-head approach illustrates anything, it's that  as far as the gamer is concerned  11 Bit's 'experiments' tend to bear considerable fruit.