Opinion: Not all clones are created equal 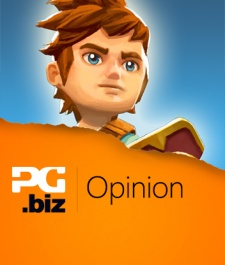 Clones. They're infamous throughout the industry for - in the minds of some - shamelessly mimicking the formula of other successful games in order to try and grab a slice of that tasty cash pie.

However, despite the negative press such games almost always receive, from critics and gamers alike, I've recently found myself questioning whether or not they all deserved to be tarnished with the same brush.

In order to save myself from some abuse, I should probably state that I'm not attempting to condone the creation of clone games.

Instead, I want to put forward the notion that not all clone games, or the development team behind them, should be detested.

Of course, there are some clones - the ones that fuel the fires of hatred, with unique ideas that have been crystalised in one release unceremoniously nabbed and plugged into another - that unreservedly deserve all of the negative attention they bring on themselves.

You only need to look at the recent history of indie outfit Vlambeer to see just how readily some studios will openly ransack another developer's releases.

The open nature of Vlambeer's development process has meant that virtually every game the studio has released - all of which, I should note, have enjoyed success  has suffered a clone clinging on its back.

Vlambeer's constant battle with clone developers has become so unbelievably ludicrous that it's even spawned its own game, Vlambeer Clone Tycoon.

"[Because] they seem to have some interesting new gameplay ideas, and probably wont care if you steal those," states the games intro.

"Besides, they're indie, so they don't have a legal budget to speak of, nor any other resources or power to stop you. It's the perfect target."

In my view, Vlambeer Clone Tycoon hits the nail on the head. It's a credit to the studio that, so distinct have its ideas been, that spotting the games leaching off them is an easy process.

Vlambeer, savvy outfit that it is, likes to keep its fanbase up to date with future projects long before they actually hit the digital shelves. Problem is, that enables other studios to take the ideas behind those projects and push them out in games of their own.

Repeated cloning hasn't forced Vlambeer to change its approach  as detailed by Vlambeer's Rami Ismail speaking to PocketGamer.biz back in July, opening up to the fans early is key to delivering successful games.

It ensures, in his words, that developer's don't get trapped in their own "bubble", only showing concepts to close friends and family who, more often than not, won't point out the faults.

Both Ismail and fellow Vlambeer man Jan Willem Nijman, however, have previously admitted that seeing their games cloned was "soul-crushing" and left them feeling "demotivated".

"If [we got cloned] a few times, I would definitely quit and become a doctor or do something else," explained Nijman to Polygon, "because I would think I'm not able to add anything meaningful to the world."

Vlambeer's experiences highlight that clones don't just hurt companies, they hurt the people within them.

Two sides to every story

You're probably wondering how, therefore, I can possibly defend any clones at all when all the evidence suggests they have a devastating impact on the developers that suffer them.

The simple answer is, some clones  and I still think that's the right word for them  are less concerned with replicating the ideas and exact mechanics of a game, and more about tapping into the feel of them. The spirit.

In short, some clones look to honour their subject material rather than steal from it.

The most prominent recent example of a 'clone' I'd be willing to defend is Oceanhorn  an iOS adventure that will feel more than a little familiar to Zelda fans.

Indeed, few would deny that the game is heavily inspire by Nintendo's The Legend of Zelda: The Wind Waker, but that doesn't mean we should only view it as another cheap knock-off and condemn it to a life of eternal damnation.

Oceanhorn, believe it or not, has a few moments of originality of its own and, though critical opinion has been divided (when is it not?), the game hasn't been trashed as an out-and-out clone.

Instead, it's almost been romanticised, cited as a game that looks to tailor the Zelda experience for a mobile audience  one Nintendo has repeatedly stated it has no intention of serving.

Sure, it bears all the hallmarks of a clone, but developer Cornfox & Bros didn't create Oceanhorn to trump an existing game on the market and tap into its revenue, and it certainly isn't attempting to pass off Nintendo's ideas as its own.

There was a gap in the market, and the developer targeted it.

A matter of context

French publishing giant Gameloft - the firm behind the Call of Duty and Halo 'clones', Modern Combat and N.O.V.A - is infamous for doing something similar.

It's generated much revenue from acting on the realisation that gamers would be willing to shell out for quality mobile games that openly, draw inspiration from typically console-bound blockbuster titles.

Even setting aside the fact that the games Gameloft's line-up are inspired by are, themselves, the product of games that iterate on genre standards set out decades ago, the publisher has made a space for itself bringing a console like experience to mobile. Revolutionary and creative? Arguably not. A smart business plan? Undoubtedly.

In short, I think there's little to be gained from tarring all 'clones' with the same brush. We have to be flexible and look at the context of each clone, and that involves analysing the size of the studio impacted by the 'clone', and the uniqueness of the target game.

In the world of game development, where few things are as black or white as the press wishes to paint them, not all clones are created equal.