Big is good, but only small teams can take risks and try something new

Irina Vaganova's call for the future

Irina Vaganova is the founder and creative director of Dolce Vita Games based in Rome, Italy.

She grew up performing in the Russian circus while fostering a passion for video games, which led her to a career in game development.

Triple-A console and development teams are growing by the day, and we should be watching very closely.

For those not familiar with the term triple-A, it simply means a title with a huge budget, usually with an even larger return expected. These tend to be your blockbuster titles, occasionally with the stench of a Hollywood movie tie-in wafting up from the game's innards.

When the big triple-A guys can forecast exactly what will and what will not be a hit, well, you end up with five Marvel movies a year, two Call of Duties, one Assassin's Creed (movie coming soon!) and a Halo.

But the unpredictable virality of mobile leaves the door open for the little guys.

There's nothing intrinsically wrong with being big. But as teams grow into the hundreds and spread across many studios around the world, it becomes a logistical nightmare to make a successful game.

How do you avoid the vision of the game being diluted with so many people and different studios involved? Maybe it's impossible.

Let's use the Final Fantasy series as an example, because it's my favorite game series of all time.

The series hit the high quality mark around FF7 and FF8, perhaps extending to FF9, but since then, the games have experienced small but steady drops in quality.

Each game after FF8 felt a little less magical, as if the brilliance was being squeezed out of the game little by little with every new person added to the team. In other words, as team size goes up, the level of gameplay magic goes down.

Small cog in the machine

When you're making a huge triple-A game with hundreds of people, everyone must execute against the vision of a few people, rather than own it themselves.

Are you required to play the game on a daily basis to lip sync a facial animation section from a cinematic? Probably not. But isn't that a problem? I mean, how many people can you carry on a team that never play the game you are making, and not lose something important along the way?

Meanwhile, smaller teams are getting smaller.

Sometimes indie games are created by one or two people. Sometimes it seems like a few highly dedicated individuals can do everything. And when I say everything, I mean everything.

I have heard stories about a time when being an artist meant doing everything except programming. An artist would create the design, the title screen, the menus, the environments, the story images, the characters, the animations, the visual effects  even the audio sometimes.

Jack of all trades

In indie games it feels like we are going back in time, both in terms of engagement by the creators, as well as visual fidelity and depth.

The problem with developing indie games is that it takes a lot of specialized talent in each of the different disciplines to compete with the experience of triple-A console titles. As gamers' expectations rise and they demand more, indie developers will have to work harder - and smarter - to capture their imagination and hold their attention.

So, which approach - triple-A or indie - is actually better? Moreover, does one have to be better than the other?

Maybe not, but it's food for thought.

The gaming industry can only benefit from a diverse chorus of voices, big and small. Big teams with huge marketing budgets can push the technology further, attracting and retaining new players who are amazed at what their new PC or console can do.

Every year the gap between what you see in a computer animated feature film and what you experience as a video game is narrowing. We need blockbuster games to keep hardcore players satisfied as well as inspire us indie developers with amazing art, design and technology.

Still, small indie developers armed with nothing but great ideas and minimal budgets are the ones that will drive the bigger portion of growth in the video game market moving forward.

Small, cute and quirky games with innovative ideas can capture mass audiences. These types of games will do the most to introduce people like your sister and your mom and dad to the joy of playing games.

At the same time, small indie developers inspire the bigger teams with our scrappiness, our resourcefulness, and ability to take risks and try something new. 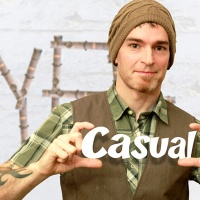 Reply
Oliver Neumann
Thanks for this article and the motivation. Makes me proud to be an indie :)
Good luck with your game. Looks interessting. Hopefully there will be an Android port as well. Cheers
Posted 8 years, 5 months ago