My month with PS4: Sony's console has the power to break down mobile's barriers 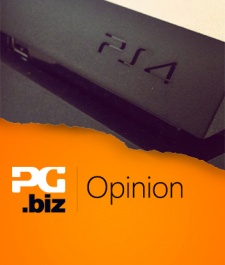 It's somewhat timely for me that, having spent the best part of a month getting to grips with Sony's PlayStation 4  and, more specifically, the system's out-of-the-box link ups with PS Vita  the Japanese giant should announce PlayStation Now at CES.

It's an exciting prospect if only because the console's much-heralded 'Remote Play' feature - which allows users to control the console with a PS Vita  actually works.

PlayStation Now takes the basic concept that people want to play PlayStation games on other devices other than the box sat under their TV and runs with it.

More importantly for developers, however, it has the potential to change how consumers think of console games, and that's something that could have a major impact on the mobile scene in the year ahead.

Having loaded a PS4 from Sony over Christmas, my aim was to get my head around whether Remote Play was the fruits of Sony's Gaikai acquisition  something that, weeks on, PlayStation Now would appear to be  or a dead duck feature no-one would be talking about in a few year's time.

Despite the fact Remote Play is hampered by being tied to PS Vita, which as far as sales are concerned, has been keeping Wii U company at the bottom of the charts, its setup process is so immediate that it's hard to imagine anyone who owns both systems wouldn't give it a try: PS4 gives you a code, you enter it into your Vita, and the two buddy up.

More importantly, things run rather smoothly for the most part.

The detail on the Vita's screen is obviously not comparable to a high definition TV screen, but the smaller scale helps negate any major issues and the design of the device itself means that the majority of PS4 games feel perfectly at home on a Vita.

Issues? There are a few. While Remote Play was in use, the PS4 appeared to hog my router, kicking off other devices and making it impossible for them to reconnect during the length of play.

Not all play sessions were entirely smooth, either  the odd on-screen stuttering was an annoyance, though it didn't really hamper my progression. More annoyingly is the inability to assign buttons manually, meaning every game runs the same default option.

When playing FIFA 14, for instance, you have to stroke the PS Vita's back touchpad to get players to sprint, which results in your hands straddling the device in a far-from-natural manner for large portions of play. Longterm, the ability to reassign controls is a must.

But these are teething issues, and for Vita, Remote Play feels like something of a calling.

Sony's attempts to launch the device with console-like games fell flat namely because people objected to paying out for watered down versions of games they already owned on Xbox or PlayStation.

Remote Play, however, is more logical proposal, using PS Vita as a vehicle to take existing PlayStation games out of the home. It entirely fits in with the hardcore, tech savvy styling of the device.

Even if we consider this a tentative first step, it's leaps and bounds ahead of Microsoft's own early effort SmartGlass, which  though it doesn't attempt to deliver gameplay  has been beset with connection issues on Xbox 360 on a whole other level.

Indeed, it's somewhat ironic that Sony appears to be leading the way when it comes to mobile-console collaboration when it's Microsoft that actually has mobile and tablet platforms of its own.

PlayStation Now's unveiling puts MS very much on the back foot on this score, though the subscription-based nature of Now  and the likelihood Sony will be forced to restrict it to Android-devices  is likely to ensure it isn't a runaway hit from the word go.

It is, however, a major step towards what many commentators believed the new generations of consoles would offer: platforms not tied down by hardware, but rather that exist in the cloud.

Of course, by blurring the boundaries in this way, Sony is laying the groundwork to unify what many currently consider to be separate audiences  mobile gamers and console gamers.

To this point, casual gamers have largely played in arenas or on devices sheltered away from 'core' gamers, with even supposedly open platforms such as the DS or Wii playing host to a casual audiences that rarely dared to look beyond Brain Training or Wii Sports.

There's little chance that either Remote Play or PlayStation Now is going to tempt all too many casual gamers to suddenly take on Killzone: Shadow Fall or Destiny, but it will create an atmosphere where, slowly but surely, consumers get used to the idea that the phone in their pocket or tablet on their desk isn't solely for taking on Candy Crush or Clash of Clans.

This shift in console strategy will, longterm, break down the walls that have until now encased the mobile and casual sectors. For a while, this wall protected mobile's flourishing indies, making it especially difficult for the big boys to apply the models and strategies they were used to practising within the console arena on mobile.

Those days are, of course, long over, and while we've seen a few select mobile indies rise to the top  and make a lot of money doing so  mobile is now a priority for most major publishers, even if many still don't quite understand it.

Tools such as PlayStation Now propose that those walls be smashed down permanently, letting gamers flood across the borders in all directions. No passport checks. No security. Just free movement.

With PlayStation 4, Sony has fired the starting gun on the next era  the era when we stop thinking of mobile as a separate entity and start preparing for the day when it's assimilated with the wider industry.

Reply
Mohsi Maqsood
Very nice article, however your overuse of parenthesis is overt and very much a nuisance to read sometimes. Use parenthesis for it is a good device; it is best used sparingly. Apart from that the article has been written very well and the content proves to be interesting. I really do hope that Remote Play and Now will help the Vita to regain it's footing!

PS. I've just come back from school having written an English Critical essay. My brain in on hyper-critical mode. Please do not take offence!
Posted 8 years, 5 months ago