Holiday hangover: How to deal with the hike in CPI over Christmas

How should it inform your app marketing? 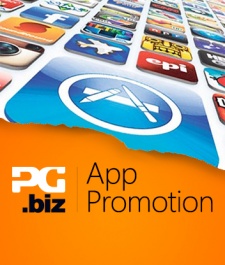 January can be a time of reflection for many mobile games developers.

Were you a winner during the festive fiesta that typically grips the app stores during the previous month, or did you lose out?

With Christmas bringing both a rush of new gamers and, just as importantly, existing consumers who have more time on their hands, it's little wonder the holidays have become a focus for many of the most successful studios.

The opportunities for developers mixed up in mobile over the festive period are evident, but while a game's potential audience is bigger, the cost per install, or CPI, climbs significantly during the festive season.

The logic goes something like this; people, often upon receiving new phones, enter a frenzy of downloading and mobile game playing during the holidays. As such, demand for installs though the likes of incentivised download programmes and cross-promotion networks increases.

Detail is in the data

Let's take a look at some data provided to PocketGamer.biz by native advertising mobile specialist Native X, demonstrating the clear disparity between iOS CPIs in a given country out of holiday seasons and  in this case  in the build up to such a break.

The data represents part of NativeX's September 2013 CPI figures, so gives an impression of what to expect for Christmas, both in the dominant US market, and popular BETA test markets such as the UK and Netherlands.

The difference may be pennies, but when, according to Distimo data, a game needs 72,000 US daily downloads to secure a top-ten place in the overall free charts on the App Store for iPhone, those pennies will add up.

So what is a studio to do? Certainly, the market will be more crowded than ever.

That's especially the case as seasonally-themed content updates such as those produced by Rovio prove a popular way for developers to monetise their games.

It could be tempting to give the period a miss and instead target less competitive times, but to miss out on the extra cash consumers part with  at Christmas in particular  is arguably rather daft business sense.

Paying more for CPI may be tough, but if it's for more valuable, paying customers, the cost could make financial sense. Fortunately, there's much a team can do to justify  or cater for  spending more on CPI and joining the most crowded markets when they are at their busiest.

Follow these four steps, and you may find all your Christmases come at once this year.

This article is a result of research into PocketGamer.biz's new report looking at app promotion, from how it is changing to how you can best practice the various techniques.

Click here to learn more about our 2013 App Promotion Report. Reply
Luke Jonas
I suppose its also important to look at the historical value of the audiences you are 'buying' these new users in. If the projected value of a particular audience for your game downstream can absorb the raised CPI during the holiday period then it makes sense to continue buying. As long as you can buy projecting ROI with confidence then CPI becomes irrelevant. An interesting further analysis for an advertiser would be to review the downstream performance of the holiday period cohorts to see how they mature in terms of LTV Â– this will then help to buy more intelligently during 2014 holiday period.
Posted 8 years ago