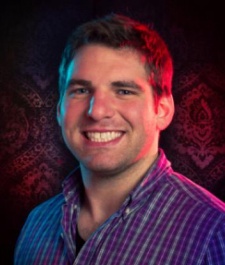 Eric Seufert is head of marketing at Wooga. He also tweets @eric_seufert.

The Apple App Store launched on July 9th, 2009; by July 14th, more than 10 million apps had been downloaded by iPhone and iPod touch owners.

The App Store clearly tapped into massive, latent consumer demand at the time. It also introduced many people to what had previously been a fairly fringe business model within consumer technology: Freemium.

In September 2009, technology reporter Om Malik wrote a widely read articled called "How Freemium Can Work for Your Startup".

In the article, Om cited the success of products like Dropbox and Evernote as proof that the freemium model could viably be applied to consumer apps, implying that it might, one day, become a mainstream monetization strategy.

And gaming revenues on mobile are substantial: eMarketer calculated the total global revenue of mobile games in 2013 to be more than $12 billion, projecting that it would increase to nearly $24 billion by 2016. That's a lot of in-app currency.

But those revenues are not distributed evenly.

In fact, just two apps occupied the coveted #1 Top Grossing position on the Apple App Store chart in 2013: Clash of Clans by Supercell and Candy Crush Saga by King, both of which were released in 2012.

This distribution of revenue is creating a vicious cycle of concentration: the developers with the most lucrative titles can spend ever more lavishly on marketing, squeezing the margins on less impressively monetizing games, further shrinking their ability to market and, thus, visibility. App store charts exert gravitational pull at the top.

This may seem like a systemic flaw - and perhaps it is - but it's also a factor inherent to the dynamics of freemium. Market forces don't cease to exist when a user picks up their mobile phone; the economics of freemium dictate how free-to-play games make money.

I wrote my new book, Freemium Economics, to try to de-mystify the economic principles behind the freemium business model.

No one wins when free-to-play games that don't properly implement the freemium business model are released, because those games tend to fail spectacularly in either one of two ways:

1) the game is too passive about monetization and fades into obscurity, leaving behind bitter and jaded developers that blame freemium;

2) the game is too aggressive about monetization, fomenting vitriolic backlash (sometimes in the form of misguided and fatuous articles from former players. In either case, the entire industry loses, from the top of the grossing charts to the bottom.

Sometimes people use tools incorrectly - and sometimes, a specific tool isn't appropriate for a given task. That free-to-play games take a disproportionate share of the Apple App Store's revenue doesn't mean that every game should be free-to-play; some game concepts are at fundamental odds with the freemium model and couldn't possibly succeed if built with it.

When a free-to-play game that shouldn't be free-to-play is released - because its developers don't truly understand the economics of freemium - it does nothing but inspire negativity.

Think before you code

Understanding the economic principles of the freemium business model is central to releasing successful free-to-play games, but it's also central to determining when a game should not be built as free-to-play.

My goal in writing Freemium Economics was not to inspire more people to develop free-to-play games; my goal was to give developers a resource that can help them evaluate whether or not the freemium model is a good fit for the premise of their product.

If a developer understands the conceptual basis of freemium and decides to produce a free-to-play game, that game may fail. But the game's likelihood of capturing an appreciable portion of the $24 billion that will be spent on mobile games in 2016 is far greater than if the developer had ventured into free-to-play without understanding the underlying dynamics of the model.

And when a developer truly recognizes both the potential rewards but also the requirements of the model, from massive scale to deeply-ingrained, sophisticated analytics infrastructure to a data-driven, iterative production schedule, then at least they've properly evaluated the risk they're taking.