SXSW stands for serendipity and stamina 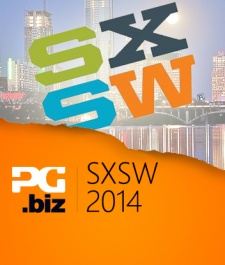 SXSW Interactive, Film and Music Festival takes over Austin from Friday 7 March for more than a week of over-the-top partying unlike any other.

It's where all the key 'tastemakers' converge to show off their latest and greatest, and kicking it this year off for mobile gaming is King's Tommy Palm presenting Candy Crush Saga's Recipe for Success on SXSWi's Opening Day.

The festival offers three days of free programming at the Gaming Expo as well as thousands of exclusive talks, shows, screenings and parties, an epic swag bag, and hotel waitlist for badgeholders. So, if you can afford it, support the festival and buy a badge here.

If you're already booked up, here are our top tips for enjoying the show:

There are numerous ways you can attempt to build your SXSW schedule, either using the official app for iOS and Android or visiting the official website to check the evolving party lists.

However, even if you have a solid plan in place, know that serendipity tends to take over at SXSW.

You'll make friends in the free food truck queues where you will hear about this hot band rumoured to play at some party on Sixth - and the rumours are always true.

So have a basic plan of attack, then abandon it, jump in, and let the crowd take you where you should go.

Celebrity spotting is a metagame

For anyone blogging the show or hustling a deal, SXSW is pure gold. Anyone you've ever wanted to meet will be hanging out at the Four Seasons lobby bar.

Foster the People is doing a free show at Butler Park while Apple is bringing its free iTunes Festival to ACL Live at the Moody Theatre. Rumored headliners include Coldplay, Pitbull, London Grammar, and Zedd. It's going to be pure mayhem.

Eat, drink and be merry, but you shall not sleep

As fun as SXSW is, it can be a super harsh environment - hot, rainy, smoky, dusty, crowded and loud. My advice? Pack shorts, a bandana, a backpack, layers, and know there's simply no sleeping at SXSW.

Many shows start at midnight, some clubs are just getting started at 3am, while programming begins bright and early. No matter where you stay, the revelry will pound through your windows.

As a consolation prize, there are an abundance of free BBQ and open bars. Follow @SouthByFreeNoms on Twitter and you will not be hungry or sober your entire stay.

The zen of SXSW

In the end, whatever kind of SXSW you have, chances are you won't remember all too much of it. SXSW tends to blow the minds of all attendees, leaving you with little more with blurry pics splattered all over your Facebook wall.

But then, that's kind of the point.

SXSW is meant to be an ephemeral populous, a confluence of ideas and art that cannot be captured. It's just a fantastic happening that everyone in the industry should experience at least once.

Follow the antics of Pocket Gamer's US Events Editor Martine Paris as she is joined by her partner in crime, Brett 'Hundar' Hundley from Machinima.

They'll be reporting from the scene in downtown Austin all the epicness that is SXSW. Tweet your tips on programming and parties to @contentnow and @hungryhundar.