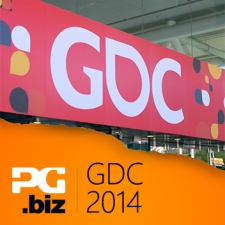 Reply
Keith Andrew
Well, only if you think every move Facebook makes is right? :)
Posted 7 years, 1 month ago

Reply
Boris Cvekic
Which pretty much signals that it "tickled" Facebook either as a potent technology or as a threat. Which means it is not exactly "the wrong direction".
Posted 7 years, 1 month ago

Reply
Keith Andrew
...which pretty much signals its death as a games platform.
Posted 7 years, 1 month ago

Reply
Boris Cvekic
I'm not a snob about Flappy bird, but (to me) it's nothing special either, people find it fun and that's it. My record is 8 :0)

"why does it matter if the people posting Candy Crush scores recognise you or not" - well, is it really integration or isolation? Those communities are as virtual as VR, they don't exist, you are not making contacts or friends, those people are only in computer/phone, just as VR "isolated" worlds. They disappear with the phone's battery out.

And this is my point - some people are competitive and like to compare their scores with some "others", and some people want isolated experiences. Nothing wrong with either of them, why would any of them be the "future" and the other one not? Why not both? Why does VR excludes social aspect anyway? You say there can be no games using occulus rift, and be social?

And, as I write this, I find out that Facebook actually bought Occulus rift...

Firstly, I said from Flappy Bird to Forza. That's the point - this social integration is now across the industry. From sharing scores on iOS to Twitch on PS4.

Secondly, Flappy Bird is quite good. Don't be a snob.

Thirdly, why does it matter if the people posting Candy Crush scores recognise you or not? Don't get that at all.

The important thing is, gaming is all about communities and social integration these days. Not isolation.
Posted 7 years, 1 month ago

Reply
Boris Cvekic
I don't know... Saying that sharing results of Flappy Bird is the future of gaming more than VR is like telling that sticking "kick me" tag on friend's back is the future of literature, because it is more social than reading a good book.

And at least 25% of people who regularly share their results of Candy Crush with me on Facebook, don't recognize me on the street when I meet them.
Posted 7 years, 1 month ago

Reply
James Coote
I agree VR isn't the future of gaming, but the hardcore gamer market is easily big enough to sustain VR. Even if it never really breaks out into the mainstream proper, I reckon it'll sell a few million units, and still be with us in 5 and 10 years time.

Open/transparent development takes a certain type of developer. The sort that is good at talking to a camera or getting on stage and holding an audience's interest. It's just the next step on the path towards the indie themselves as the product: In the same way that on the cover of a book, a famous author's name is printed much larger than the title.
Posted 7 years, 1 month ago