It's a fight for top dollar says Rob Weber 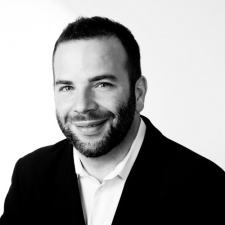 Ryan Weber is the co-founder and SVP of Product Management at NativeX.

Picture your favorite fighting game and the attributes that separate your average fighter from the ultimate champion. The champion is the fighter best able to deploy power, agility, endurance, and speed.

In this post, we provide a comparison between ad networks, ad mediation solutions, and ad exchanges to help you decide who the champion fighter is.

Although these platforms are relatively similar in their overall function, there are a handful of important aspects in which they differ.

This is important because the more direct you are to the buyer the greater portion of the profits you capture as there are fewer mouths to feed and you are better able to manage pricing for that advertiser.

The ad exchange leverages both direct and indirect advertiser relationships to provide maximum fill, at the highest possible prices, across the globe.

There is a lot of buzz in the industry about native ad formats and for good reason. The response rates for ad formats customized for the publisher's app are multiple factors of performance higher than those that aren't.

The challenge is how to innovate on the publisher side yet make it simple enough for the demand side to support at scale. Ad networks and exchanges have the ability to define standards for advertisers to conform to and seek out the partners that will support it.

Since ad exchanges typically ingest every ad, and doesn't simply manage the ad tag or SDK like ad mediation solutions, it is better suited to create a consistent native ad customization for the publisher.

Ad mediation solutions work by prioritizing ad networks in to different levels with the first level getting the first access to an impression, followed by the second level if the first level passes, and so on.

The ad network in the second level will sometimes have a higher paying ad than the first level but not get to buy the impression because they don't get access to it until the first level passes causing a sub-optimal prioritization for many impressions.

Another challenge for ad mediation solutions is that data is not shared about which ad is served by each network. This can lead to a user seeing the same ad 25 times in a row despite the fact that only the first 2 or 3 impressions have any meaningful likelihood of capturing a user's attention and response (the rest just annoy them).

By working with a single ad network, or ad exchange, you provide them the data they need to take all of the ads served to a user into consideration.

Effective prioritization of demand sources and the optimal frequency of ads to serve to a user are just the tip of the iceberg when it comes to how much more efficient ad exchanges are in supporting optimization compared to ad network and ad mediation solutions.

Ad exchanges allow agents on behalf of the advertiser to buy advertising programmatically. Programmatic buying allows the advertiser to leverage its own data, along with third party data, and its agent's data science to submit bids that more effectively match the advertiser's objectives. This added efficiency leads to larger aggregate spends.

Check out NativeX for more information about the first ad exchanged design specifically for games.