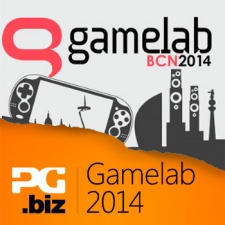 I had two big worries as I prepared to jump on a plane to Barcelona for Gamelab 2014: How was I, a ludicrously pale human being, going to survive the relentless Spanish sun, and would the big names at the conference live up to the hype?

Now, there's no need to worry, because you'll be incredibly pleased to know that I managed to spend a week in Barcelona without picking up so much as a tan line, and, more importantly, all of the big-hitters stood up and knocked it out of the park.

The likes of Tim Schafer, Peter Molyneux, Dong Nguyen, and Jade Raymond managed to thrive, rather than wilt, in the intense heat, and even World Cup fever couldn't convince people to miss out on some of the biggest names the conference circuit has to offer.

Even though some of you might not have been able to make the trip due to flight difficulties - I'm looking at you French air traffic control - you can sleep easy, because we've brought together the most important lessons we learned during our stay in Spain's sunshine state.

Monument Valley designer: Games must "escape the trope of violence" Reply
Rowan Corben
Gamelab was as excellent as always!
Posted 7 years, 1 month ago