The house that Nokia made 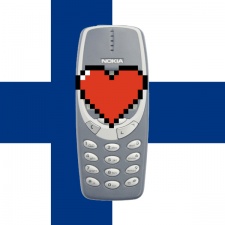 Why is the Finnish mobile games industry leaps and bounds ahead of the competition, and how can everyone else emulate that success?

As is always the case, the answer isn't a simple one. It's engrained in the history of the Finnish industry, and in order to coax it out, you'll need to take a step back in time.

Luckily for you, at PG Connects Helsinki 2014, we aimed to do just that.

We began by assembled a crack team of Finnish gaming giants to take us on a trip through time and space, showing us how Finnish success was born, and pointing out what lessons we can learn from an era bursting with innovation, risk, and, ultimately, reward.

It started with a snake

You can't look back at then history of Finnish mobile gaming without fondly remembering Snake.

Nokia's addictive, simple, and endlessly enjoyable mobile title might not have been seen as a game changer at the time, but it got the ball rolling, becoming the unwitting founder of the mobile industry we've all come to know and love.

"Frankly, I don't think anyone could have predicted an industry growing out of that. It was just a time waster," explained Everyplay's Jussi Laakkonen.

"I highly doubt there was much of a plan behind [Snake]."

Even if Nokia did simple stumble upon Snake, the game's success shouldn't come as a surprise, because, according to Microsoft Mobile's Alex Bubb, it had all of the ingredients of a classic in the making.

"I think the one thing you can learn from Snake, and it was as true then as it is today, is that it was dead simple, and if you combine 'dead simple' with distribution, you've got a hit," said Bubb.

"It was fun, very simple to play, and quite viral in a social way, and I think that's where it all started."

Nokia will always be seen as the catalyst that helped spark the Finnish scene into life. It has undoubtedly earned that honour.

However, without the support of the Finnish developers, and even the Finnish government, mobile gaming might have fizzled out.

Indeed, when you look back at the history of the scene it's hard to escape the feeling that the mobile games industry and Finland were made for each other.

One man who believes this to be true is Rovio Star's Wilhelm Taht, who explained why the pair found love at first sight.

"There were a few things that I think drove the whole revolution, if that's what you want to call it, and the demo scene certainly was one of them," offered Taht.

"I think we also have to give credit to the Finnish innovation of public funding, while the Finnish culture, and the Finnish climate [also played their parts].

"Touching upon the culture a little bit, I want to argue that Finns, from a cultural perspective, are quite risk averse, quite introverted, so mobile games in general had a far smaller budget.

"So, from a cultural perspective, mobile games fit in quite well in Finland."

You can see the full discussion about the history of Finnish mobile gaming in the following videoes.

A history of Finland's mobile games industry: From demoscene to Riot-E