Why OEMs, game devs and health companies should combine to make wearables a success 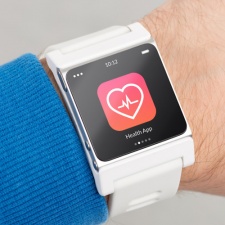 We thought 2014 would mark the year of the wearable, but that grand claim has since been pushed back to 2015; not least because Apple announced that it wouldn’t launch its smartwatch until the first signs of next spring.

It’s not like there aren’t other options than an Apple Watch, of course (even Microsoft is now in on the action), so why isn’t everyone you pass on the street decked out with electronic finery on their arms?

The fact there's no clear user case for the mass market is one obvious reason. The other - possibly the bigger obstacle for Apple - is price.

But what if you didn’t have to decide between filling your gas tank and buying a fancy new smartwatch?

What if you didn’t have to decide between filling your gas tank and buying a fancy new smartwatch?

If they were handed out using Gillette’s philosophy that the initial cost could be heavily subsided, or even given away, for downstream profits, consumer apathy would switch overnight into rampant early adoption.

Even so, research suggests that one third of wearable tech is abandoned within six months.

For the most part, until very recently, the primary function of wrist-mounted tech has been health and fitness tracking. Wearing such technology 24/7 does have implications in terms of making devices robust enough.

But more significantly, people lose interest in the data that’s being gathered, but that data - especially tracked over the longterm - could be very valuable to the right business, and also provide a compelling user case for individuals.

Health insurance companies are the obvious candidate to kickstart the movement (literally).

When it comes to health insurance, collecting detailed metrics about the population’s state of health would reveal a lot of useful information. But why should you feel inclined to help out an insurance company with gaps in its data?

You absolutely shouldn’t. Not without key benefits flowing back in the other direction, anyway.

Paying $400 for a fitness tracker to get $50 off your annual health insurance isn't an attractive policy.

Recompense could come in the form of a reduction in premiums, but it doesn’t get around the stumbling block of first getting that device on your arm, and then keeping it there.

Any company that’s going to benefit from adhering wearable tech to your person needs to begin thinking about ways to make it easier, cheaper and more appealing for you to do so.

The fact that the devices merely exist won’t be enough.

And those things aren’t mutually exclusive. Paying $400 for a fitness tracker to get $50 off your annual health insurance isn't an attractive policy, but if the smartwatch was $10, or free, consumer apathy would be much lower while device usage significantly higher.

Indeed, this sort of thinking is already happening in China, which has an enormous population, an under-developed health system and access to a lot of very cheap hardware.

The real catalyst for the opportunity, however, comes from the fact that the wearable device isn't a static factor in the relationship between client and insurer.

Instead, as well as passively tracking activity and health, the devices can themselves incentivise more heathy living from their wearers. Tell someone they have to walk 10,000 steps a day to on average gain 5 more years of high quality life, and watch them go. Throw in a leaderboard based on daily activity between friends and family and watch the competition begin.

From the insurer or health company's side, taking inspirations from the likes of developer Six to Start with its gamified jogging app Zombies, Run!, or Gajatri Studios' Yoga Retreat, they could commission a range of free games that motivate you to make use of the wearable in a way that’s beneficial to both parties.

The obstacle to overcome is that device manufacturer, software or game provider and health company have to be working to their combined mutual advantage; something we've yet to see in action.

But we do have examples of how the business model could work.

In much the same way that mobile networks provide subsidised handsets to facilitate your desire to buy their services, or chuck in a *free tablet with a contract (*last year’s cheapest model) so wearables could be provided alongside health-enhancing play.

Tell someone they have to walk 10,000 steps a day to gain 5 more years of high quality life, and watch them go.

The perceived value of such an ‘offer’ would be significant; likely much more than the actual wearable’s nuts and bolts are worth. This good feeling will spill over into the gameplay, and could easily drive in-app purchases, prolonging engagement well beyond the subscription’s appeal otherwise.

Such a gesture would also help to reassure gamers that the tech they buy isn’t going to suffer a short shelf life, since the provider will keep the game working on that generation of hardware almost indefinitely. It’d be in their own interests to do so.

Which brings us full circle.

Concerns about manufactured obsolescence and initial outlay are massively reduced, and there's a clear reason - both financial and medical - for the individual to use the technology, making wearables accessible and attractive enough to reach that essential market saturation that will begin the revolution in earnest.

We'll just have to see if anyone in the health market - $2.5 trillion annually in the US alone - has the balls to try,

What we Have Learnt from 100 Million Hypercasual Downloads