So... You Want to Make Video Games? 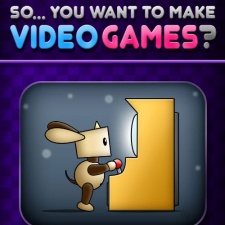 When veteran game designer Nicholas Pendriis put his experience down on paper in the So... You Want to Make Video Games? A Survival Guide ebook, we decided to take a look so budding developers could get a feel for what was on offer.

We were mightily impressed by Pendriis' easily accessible and impressively useful insights into forging a path through the games development jungle, so we've teamed up with the author to bring you a serialisation of his ebook.

It's a slightly condensed digest of what you'll get from the full ebook, but over the next few weeks he'll be walking you through his individual steps for effective game design.

We're starting with an introduction as to what you'll be learning about.