Got your new game concept down? Now it's time to start designing 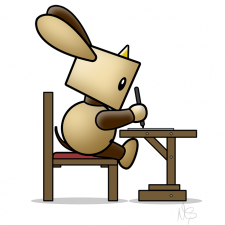 Previously, author and game designer Nick Pendriis walked us down the tricky path of dealing with new game ideas, as we bring you a serialisation of his book, So... You Want to Make Video Games?

That was phase one of Pendriis's process, which today brings us to phase two - design.

In this chapter he gives us a case study (being Space Invaders) that illustrated how to take your ideas and turn them into something a computer can actually deal with.

We've a few more chapters to bring you yet, as we work our way through the multi-step program and take your from newcomer to working game maker.

Our ideas mean nothing to computers. Computers know exactly two things: on and off. That's it. They are simple boxes full of tiny on-off switches. No feelings. No emotions. No conscious thought. Computers just follow instructions, precisely. They use cold, clear logic.

So if we want a computer to do something, we need to give it clear, logical instructions. This can take a little while to master but learning to think logically is the most fundamental skill in software design. It really doesn’t matter how creative you are – without clear logic, your project will fail.

"Fail fast. Test cheaply. Your instincts are probably right 95% of the time and your ideas 25%, so fall in love with instincts and kill ideas."