Failure to plan, when making games, is planning to fail 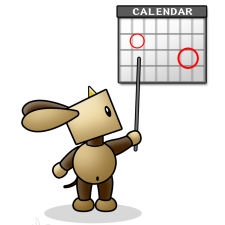 So far, in our exclusive serialisation of Nick Pendriis's game design bible, So... You Want to Make Video Games?, we've discussed how to develop your ideas into workable concepts, and those concepts into designs.

Here in part three, Pendriis takes us into the essential planning stage, where you figure out how to begin building on your design foundations.

If you've not checked out the previous phases yet, here's an overview of what you've missed, and what's to come.

Here's Nick Pendriis to introduce us to phase three.

So far, we’ve got an idea and a clear design, which we’ve tested out and documented. Now we're ready to plan the actual development of our game, based on its particular requirements.

Every project is unique and needs to be planned individually, with military precision. Making software is a complex process and lots of things could go wrong – very easily! By planning carefully at this stage, we avoid a lot of problems later on.

Fail to plan = plan to fail.

Essentially we need to come up with a list of ingredients and a to-do list. As we’ve seen, game companies usually have a project manager or producer for keeping the team on track. They organise and maintain schedules, knowing that every minute of each team member’s time costs money.

The team behind Assassin’s Creed II was around 450 people. Grand Theft Auto V involved over 1,000 people. For projects of this scale, good planning is everything.

Thankfully, for your first game, things will be much, much easier. However, you still need to plan.

So let’s do that.

Reply
wings io seo at ctp
Your article is detailed, thanks to it I solved the problem I am entangled. I will regularly follow your writers and visit this site daily.
<a href="https://wingsio0.com">wingsio</a>