How fast-firing Watch notifications could boost your iPhone game 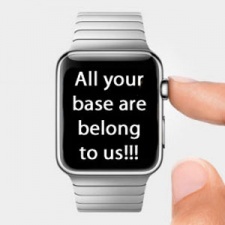 Apple would be the first to admit that the small, wrist-mounted screen of the Apple Watch isn’t intended as a replacement for the smartphone in your pocket.

It’s an extension of your personal digital network, and aims to add additional convenience to your app-centric lifestyle.

So an Apple Watch game or application is, as Apple puts it, “a trimmed down version of its containing iOS app”.

Not just a small version of whatever’s on the iPhone’s screen, but a reduced version; a small window into the bigger world of the type of games we’re already playing.

Which begs the question as to whether you should, or even want, to create a deliberately lesser experience.

But all is not lost for those game developers who want to incorporate the Apple Watch into their ecosystem of supported devices.

The Glance function could be your saviour, despite the fact that Apple further shrinks things down by saying “a Glance is a trimmed down version of your [Apple Watch] app”.

One screen is all you get to deliver your message.

A Glance could reasonably be described as a “rich notification”.

It doesn’t have to simply be as minimal as red badge on an icon, or as sparse as a short line of text.

It can be an image, an animation, content from within your game, or any combination of these, although it’s worth keeping in mind that a Glance cannot scroll.

One screen is all you get to deliver your message.

Naturally you don’t want a wall of text, or imagery that’s too small to make out during a quick eyeballing of the watch face, but it could become the perfect way to turn the Apple Watch into the wearable companion your game needs.

So here are a few thoughts on how you might incorporate a Glance into your game.