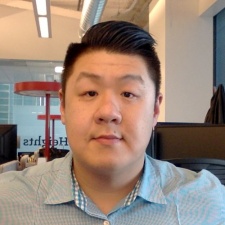 Need help to monetize your mobile game players? These three tactics can help you along the way.

In case you didn't already know, the mobile games market is a brilliant place to be if you can monetize your user base.

The market is estimated to have been worth $21.1 billion by research firm Superdata in 2014, and those developers who are capable of enticing players to spend can capitalize on the overall market strength.

What's more, there are plenty of reasons why players might spend. Superdata's insights into the reason why players spend in a mobile game unearthed a series of factors, ranging from a desire to unlock content in games to customizing avatars.

But how can you unlock this potential for your game?

Taking a look at the factors outlined, we've identified three monetization tactics that are widely used in the industry that'll allow you to tap into consumer demand. Here's how they work.

To increase the range of options available to a player or to capitalize on a special occasion, developers can put exclusive content behind a pay wall that'll enhance the player's experience.

By purchasing the particular item, the player gets something that helps them with the rest of the game or allows them to express their personality.

Content-based strategies require a number of things to work:

One of the major reasons behind the success of EA's Real Racing 3 has been the addition of exclusive luxury content unlocks to help players feel special.

The Ferrari Scuderio unlock bought a classic F1 car to the title for the first time, while a special tie up with Porsche gave Real Racing 3 players the first go behind a wheel of their new Cayman GT4.

How can I take it further?

The reason why many players spend on this content is to make themselves feel better or to show off their new gear to the people they're playing with. So consider integrating social video plugins that allow players to share in-game footage to help them dazzle as wide an audience as possible

Mobile games are often played in short bursts irregularly throughout the day.

By either directly limiting player actions with mechanics such as wait timers or by indirectly slowing players down by limiting their capacity to build, developers can convince eager players to spend currency or to buy power ups to speed up their progress.

To succeed with a progression based tactic, you'll need to do the following:

The answer is a very big one. Deconstructor of Fun identified that the lowest in-app purchase in Clash of Clans allows players to buy the third builder to tangibly speed up their progress; the likes of CSR Racing popularized fuel mechanics and produced regular Top Grossing monetization performance to show its value; Candy Crush Saga meanwhile remains a top-three grossing game despite the fact that 70% of players at the end of 2013 had reached the final level without paying.

How can I take it further?

Offering players the feeling of progression even if they've hit a gate, wait or a wall can help keep players engaged.

Seriously's Best Fiends does this well, by giving the player a key after they fail a level which allows them to randomly unlock regular currency, a premium currency and even energy for them to continue playing.

Linking together the content and progression based model is the sales model. They work in a mobile game in pretty much exactly the way they do in real life.

You decide how much you want to discount an in-game product or IAP by, drop the price and use the bargain effect to drive sales of items that save players time or improve experience. You can run sales as time-limited discount offers or engage in tactical selling of items depending on the in-game context e.g. offering a power up when a player struggles.

If you're going to make in-game sales work for your game, you'll need to make sure that you do the following:

The studio behind Race Team Manager saw their IAP revenues increase 52% after they advertised a 50% saving on their in game Large Cash Pack via push notification.

Any hints on getting ahead of the game?

This form of Corporate Social Responsibility, as practiced by EA, might be able to generate positive long-term sentiment for your title that boosts spending in the long run.

How does Best Fiends Forever monetise?

How does CSR Racing 2 monetize?