How to get media coverage for your game 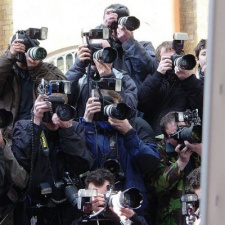 This article was first presented as a talk at Nordic Game 2015.

Let’s face it, there are a lot of rumours, hearsay, and hushed debates around the campfire on how to get a game featured in the media.

Some people have even asked – whisper it - why you even need media coverage in the first place?

PR and journalists are distasteful, slightly dangerous creatures, right? They should only be handled on the end of tongs.

When you have community building tools like Facebook, Twitter and YouTube at your disposal, you can get your game publicised without the help of the media who are just as likely to give your game a bad review as a good one, true?

The thing is though, game critics don’t look to criticise – we’re gamers too, and we look to celebrate.

Indeed, app store editors keep a weather eye on sites to see what games they should feature – and developers have told the Pocket Gamer team that they’ve been contacted by Apple after being seen on our site.

Media coverage doesn’t need to break the bank, or your timesheet, and at its best it will get thousands of people quickly talking about your game for free.

So let’s set the record straight: in this article I will blast through your imagination like antibiotics and kill all mystery, uncertainty and doubt on how to get media coverage.

Reply
John Ozimek Director and co-founder at Big Ideas Machine
Thanks for using our charts from the 2015 app reviewer report (which is free to download in full from our website. Just saying ;-) )
Posted 5 years, 11 months ago