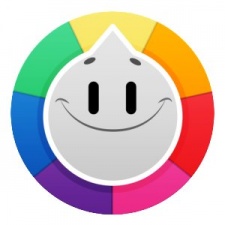 This article is part of an ongoing partnership with Chartboost. You can read more of its advice in terms finding new players and monetizing audience via its Playbook blog.

Trivia Crack is a bonafide worldwide phenomenon, with over 150 million users across the globe.

In the US alone, more than 65 million people - that's 1 out of 5 - play the colorful mobile trivia game.

The Argentinian studio - which had previously found success with word game Aworded in Spain -- didn't originally expect the game to reach beyond Latin America.

Its worldwide growth, accomplished with minimal investment in marketing, offers an inspiring lesson in getting big by starting small - and staying focused on user needs in hyperlocal markets.

Step One: Target your own backyard

Etermax first released Trivia Crack as Preguntados (which roughly translates as Asked) at the start of 2013.

The game's popularity spread throughout Latin America and over to Spain, helped by a common language and shared cultural references.

The game featured questions tailored specifically to a Latin American audience, and quickly became a success.

"We saw that many companies were focused on North American audiences," said Débora Nara, Etermax's press and human resources manager, in a telephone interview.

"But we tried to start from Argentina and Latin America."

The game's popularity spread throughout Latin America and over to Spain, helped by a common language and shared cultural references.

For example, the question "Who was the boxer who bit his opponent's ear during a fight?" (Answer: Mike Tyson proved popular in Spain and Argentina - and also later in the US.)

"We made special content for these audiences, which were really similar to each other," said Nara. "As time went by, we saw that the game started to be really successful."

Though not focusing on North America in the early days, Etermax founder Maximo Cavazzani believes that the strong Hispanic community in the US may have helped introduce the game to a North American audience.

"Our supposition is that Mexicans and others initially started playing with their relatives and friends in the US," he told TNW.

Suddenly, the game was penetrating markets the studio wasn't even targeting. Etermax realized that its game could expand successfully to new regions, but it needed some cultural adaptation.

In order to really break new markets, Etermax had to localize intelligently.

"We had to adapt the questions," said Nara. "For example, we saw that in the US they didn't like soccer, so we had to manage that content to be really close to the US audience."

Etermax now employs regional experts and translators in its Buenos Aires office, to ensure that local content is accurate and relevant as Trivia Crack extends its global reach.

"Most of them are native, as we have Brazilian, French, Chinese, Russian, Italian and English [people here]," said Cavazzani via email.

"It is essential to have local content generators to control, validate and create regionalized questions."

Etermax is only now testing small marketing campaigns to reach certain European markets that are proving tougher to penetrate.

One thing Etermax hasn't needed to do is advertise. Thanks to its broad appeal - its target demographic includes everyone from teens to the over 50s - and social aspects, Trivia Crack's growth was purely viral and organic.

After topping the iOS chart for a record-breaking 66 days, Etermax is only now testing small marketing campaigns to reach certain European markets that are proving tougher to penetrate.

"In the beginning of this year we made some short campaigns on Facebook for Italy and Germany," said Nara.

"They were short campaigns for one or two weeks - no more than that."

There are many other quiz apps, but few allow their users to participate in content creation.

Etermax's Argentinian content team, along with 22 content contributors in local markets, checks the most popular questions for accuracy, repetition and offensive language, then selects a number of them to add to the game.

This keeps Trivia Crack constantly updated with new, relevant content - and helps with user retention in what can be a fickle mobile market.

"I realized that we needed an infinite source of good quality questions for each of the territories we were in," said Cavazzani.

"I also realized that it couldn't be achieved by writing them ourselves. So we created a system where users could send questions and evaluate questions of other users ... The result is players enjoying answering fresh and regionalized questions."

If Trivia Crack is to keep growing, it needs to find new audiences.

Etermax is already working hard to localize Trivia Crack for China and the rest of Asia-a mobile gaming market worth an estimated $11.5 billion in 2015.

"We're preparing everything to reach that audience as soon as possible, which is huge and would be really good for us," says Nara.

It's a massive localization project, and Etermax is busy creating a new gameplay element - called "Cards" - targeted specifically to the Asian market.

But Etermax isn't just looking to Asia to expand its colorful, character-driven brand. It's already launched a successful licensed TV quiz show in Argentina, and is now looking to do the same in Mexico, North America and maybe even Europe.

Even though the Argentinian TV show, which recently ran for six months, didn't bring in new users -"the game was already downloaded in most of the smartphones that were in Argentina," said Nara - it kept people talking about (and playing) Trivia Crack.

The game's astounding success has helped Etermax expand from just four people in 2009 to now almost 100.

And the studio is currently remodeling its office space - based in a textile factory - to accommodate an anticipated 130 employees by the end of 2015.

"Despite our size, we compete as equals against Zynga and the like, and this makes us very proud," said Cavazzani.

"We are also extremely proud to have done it from Latin America."

Author Daniel Crawley is a UK-based freelance writer, sometime teacher and regular contributor to Chartboost's Playbook and VentureBeat's GamesBeat. He is passionate about gaming, technology and education.